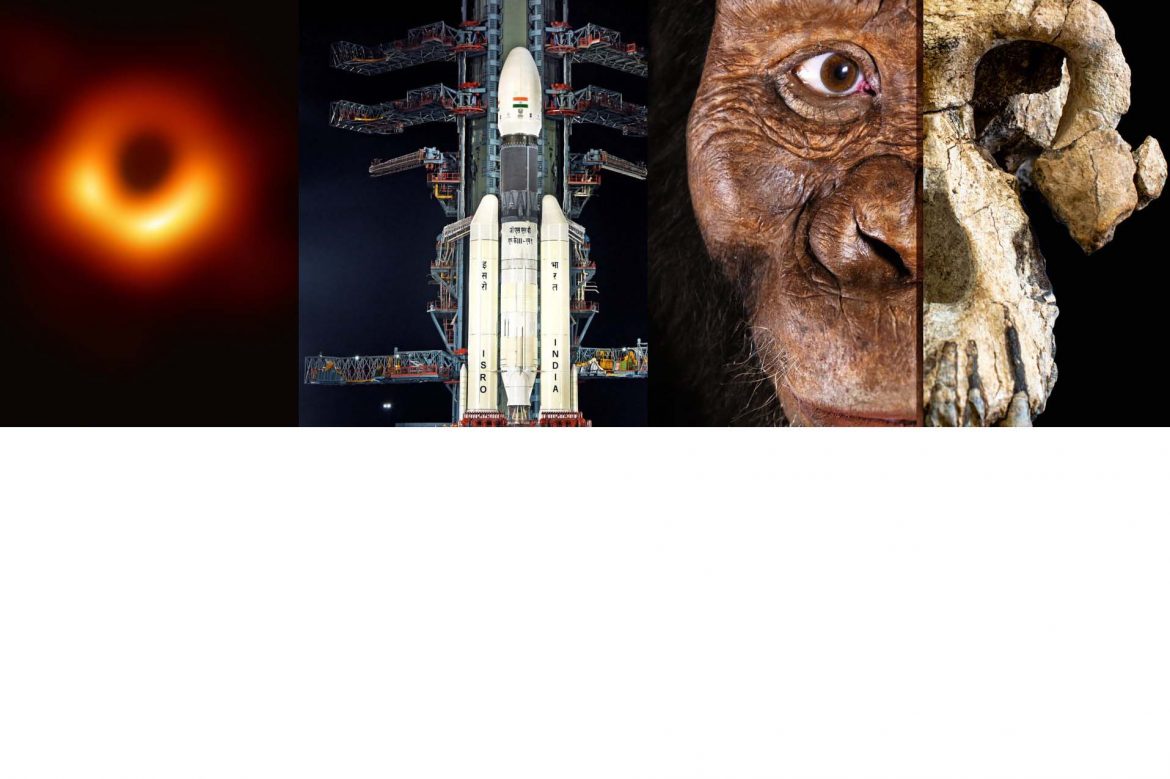 It is such a chance to be living in an age where scientific and technological developments have become the daily news. It is becoming more and more exciting and dizzying to follow scientific discoveries at increasing speed and quantity each year, even from afar. The year 2019 have witnessed almost countless developments that provided more insight to us, humans, in understanding and comprehending the universe we live in. Here are some of the most important ones.

Technology in the Fastest Lane

After an enormous amount of work that took more than a decade, scientists managed to create a virtual radio telescope with an effective diameter that is equal to that of the Earth, and with the joint effort eight different observatories, they finally took a photograph of the event horizon of a black hole this year, for the first time in history.

One of the most important advances in technology this year was that, in a sense, Google passed the speed limit called “Quantum Supremacy” which could be summarized as the point where quantum-based computers started to operate more efficiently than traditional computers.

This year, climate change did not slow down. The seasonal wildfires that began in the Amazon rainforests in August drew the attention of the entire world to the region. Tens of thousands of point fires, thousands of miles away, producing smoke so dense that day turned into night, are still not fully under control, although they are much weaker now. In addition, due to the rapid increase in greenhouse gas emissions, both as a cause and a result of the global warming, glaciers at the poles kept on melting, sadly revealing the danger to the Himalayan ice cover –which is known as the third pole.

In addition to this, although the International Climate Change Panel Assessment Report drew quite a worrisome and pessimistic picture for the first time this year, the United Nations Conference on Climate Change (COP25) held in Madrid disappointed the sensitive citizens of the world once again -as pretty much expected- as a result of the reluctance of major countries that own the carbon industry. Despite all this, TIME magazine gave this year’s “person of the year” award to the 16-year-old climate activist Greta Thunberg, stressing that a large audience cares about this issue.

The most comprehensive review on insect biodiversity so far showed that 40 percent of all known insect species may become extinct within the next few decades. It was also clear that the species on the brink of extinction, largely due to human activities (destruction of habitats due to agriculture and urbanization, agricultural chemicals, diseases, invasion by exotic species, and climate change), were not limited to insects. A fungus that spread to the world by means of illegal animal trade, Batrachochytrium dendrobatidis (Bd), achieved the record of pathogen-induced loss of biodiversity, and unfortunately targets our cute frog friends. While our planet is said to have entered the age of new mass extinction, scientists recorded 71 new species this year. Most of these new creatures are also quite interesting.

On the Origin of Humans

The face of a human that lived 3.8 million years ago was revived, by using a fossil skull discovered in Ethiopia, which belonged to Australopithecus anamensis, one of the oldest ancestors of humanity. The anthropologists were excited about the possibility that species thought to be precessors or successors of each other in the evolution of modern humans may have actually lived in the same period and interacted with one another. Similarly, newly discovered fossils belonging to the Denisovans, who we have very limited knowledge about, showed that the mysterious Denisova hominins shared the same bed with our Stone Age ancestors, the Neanderthals and Homo sapiens (and the bed was probably made of stone). With that knowledge, Denisovans were also included in the list of our ancestors. The first fossil of this species came to light about ten years ago, and they are thought to have appeared in Siberia before spreading all over Asia.

Another interesting study that led to a new debate on the origin of humanity, claimed that the entire human race was born in North Botswana, instead of East Africa as previously assumed. The study, which was based on the mitochondrial DNA (mtDNA) analysis of the DNA samples from certain communities living in South Africa, showed that interdisciplinary research can produce interesting methods and results –despite the heavy rain of criticism on it.

While research-oriented space expeditions continue to accelerate, this year’s favourite space destination for many countries was the Moon -which did not attract too much attention for a long time. India, Israel, and China visited the Moon on separate missions.

China continued its Moon missions with Chang’e 4, landing it on the far side of the Moon for the first time in human history. One of China’s notable studies in this Moon mission was the Lunar farming experiment as a preparation for possible future colonies to be established on distant stellar objects such as the Moon and Mars.

Despite joining the space challenge rather recently, India made great progress with small budgets. Although they succeeded in putting Chandrayaan-2 spacecraft in the Moon’s orbit, the lander Vikram, prepared for conducting research at the Moon’s the South Pole, was not that lucky.

One of the most important space exploration news of the year was that one of the fastest and the most distant man-made objects in space, Voyager 2, crossed the border of Heliopause to continue its journey in interstellar space.