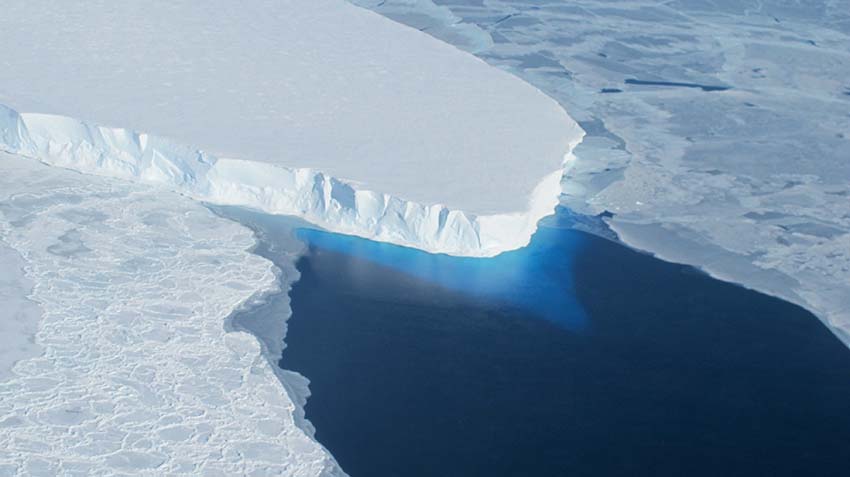 Although the huge glacier that broke off from the eastern end of Antarctica in the last week of September caused concern, the experts put an emphasis on the fact that this is a usual, natural process. The size of the glacier D28 is tremendous: According to the European Copernicus Program, it has a surface area of ​​approximately 1,600 square kilometres, 210 metres deep, and weighs 315 billion tons!

The Amery Ice Shelf is located to the east of the South Pole, and it is one of the largest floating glacial platforms on this frozen continent. Over time, glaciers flow from the land to the sea and create floating ice shelves such as Amery. These shelves regularly “produce” glacial fragments, which sail in the sea. The D28 is one of them and it is not really a big one, considering the scale of Antarctica. In the 1960s, the same ice shelf had spawned a glacier of 9,000 square kilometres. (In another shelf in Antarctica, on the hand, a glacier of 5,800 square kilometres broke off in 2017.) 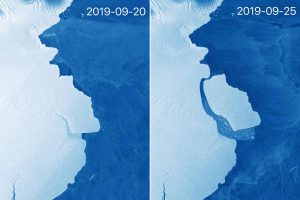 While the breaking off of such a large glacier into the sea is a worrisome development for some people, especially when the climate change and the climate crisis are heatedly debated on the agenda, it is actually the result of a perfectly normal process. This is because the snow and ice accumulating on the ice shelves must fall into the sea periodically. This latest event, previously predicted by researchers, was told to be unrelated to climate change.

The D28 is slowly heading west these days. Ocean currents and winds move this enormous piece of ice, which will completely disintegrate into the water in many years. In addition, since the ice shelves have already replaced the water they are on, this glacier will not cause a global rise in the sea levels. So, for now, there is nothing to be afraid of. However, the situation is still followed by satellites to ensure that it does not pose a danger to ships passing by.

Amanda Fricker, a researcher and glacier scientist at the Scripps Institute, stresses there is no need for public panic but adds that this is a fine line because that does not mean that climate change does not exist.