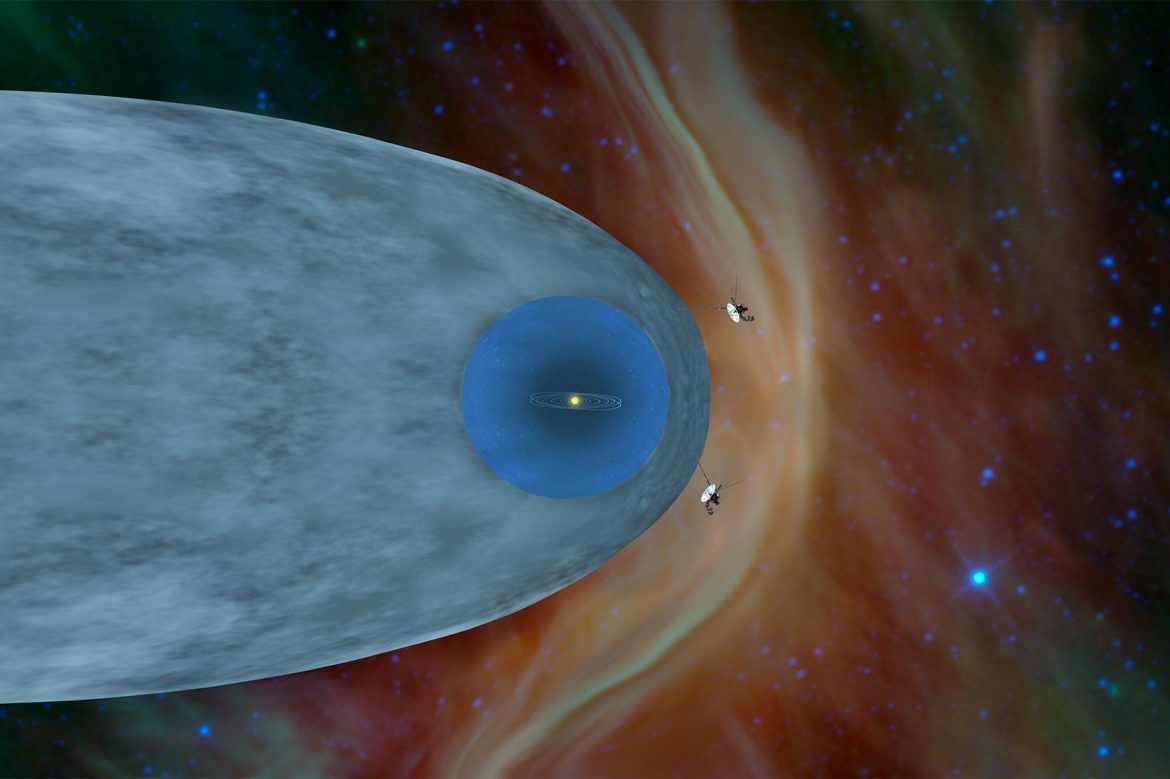 Researchers at the University of Iowa reported that the spacecraft Voyager 2 ventured out of the bubble-shaped border of the wind streaming outward from the Sun, and into the interstellar medium (ISM). Thus, Voyager 2 became the second man-made object that escaped the solar wind, following Voyager 1’s solar from the Sun’s reign in 2012.

The heliosphere is a bubble-shaped space region where the Sun lies in the centre. You may think of it as an inflated space filled with plasma from the sun. The boundary of it is where this plasma [from the Sun] meets the opposing winds from the interstellar medium. Voyager 2 has left the heliosphere behind, about 18 billion km from Earth, and entered the interstellar space.

Researchers confirm Voyager 2’s transition to the interstellar medium on November 5, 2018, by identifying a definite jump in plasma density detected by a plasma wave instrument on the spacecraft. The significant increase in plasma density is accepted as evidence that Voyager 2’s passage from the hot and low-density plasma characteristic of the solar wind to the cool, high-density plasma of the interstellar space.

Experts had assumed that the solar wind would gradually decrease with distance, but Voyager 1 did show a clearer limit, defined by a sudden drop in temperature and an increase in the density of charged particles known as plasma.

The new measurements by Voyager 2 provide new information about the nature of the heliosphere’s boundary. Voyager 1 was carrying onboard an important tool that was designed to directly measure the properties of plasma, but this device broke in 1980.

Voyager probes were not expected to last this long, their journey was very important and taught us a lot, but now the Voyager program seems to be approaching its end. Researchers estimate that both Voyager probes, powered by a steadily degrading plutonium, will fall below critical energy levels in the mid-2020s. NASA plans to shut down the instruments one by one in order to extend the mission as much as possible. However, around 2025, the last device will remain without power. The probes, however, will move on even after they become silent.