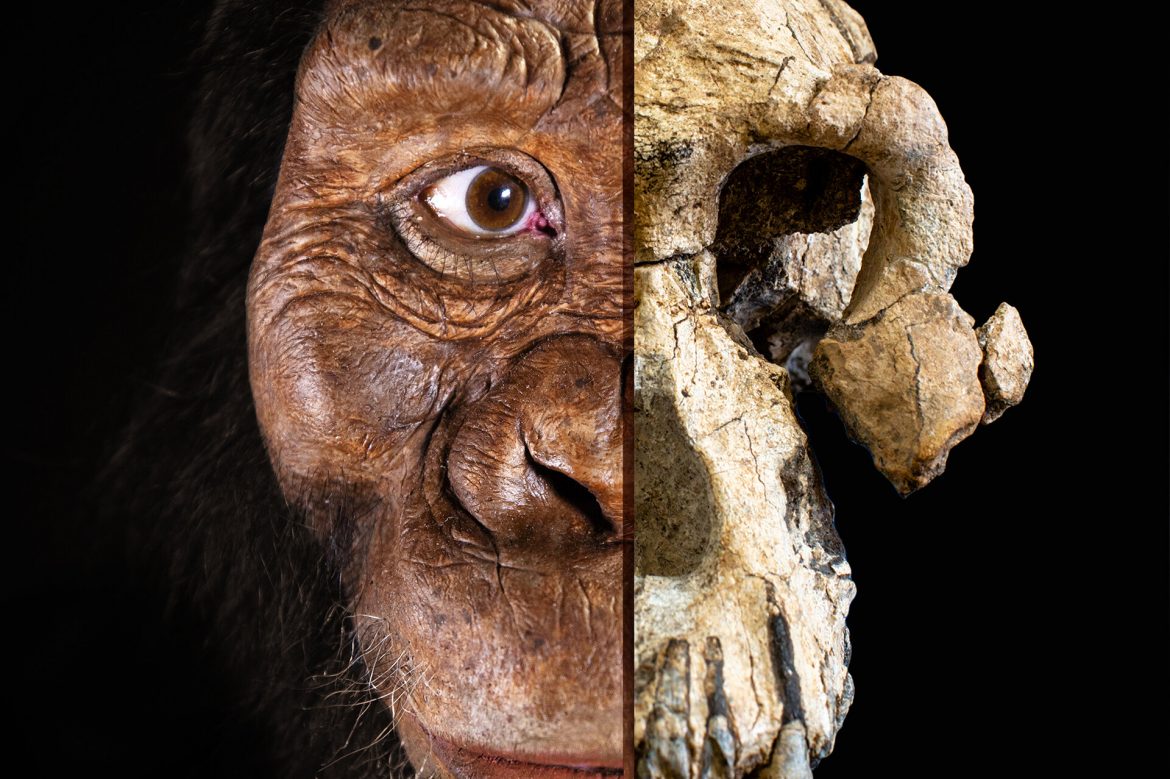 A Face from 3.8 Million Years Ago

Australopithecus anamensis, one of the oldest ancestors of humans, regained a facial expression after 3.8 million years!

On February 10, 2016, paleontologists working in the Godaya Valley of the Afar region of Ethiopia saw an upper jaw fragment at the surface, and realised that they have discovered a well-preserved skull fragment when they dug a little deeper. When the morphological structure of this skull fragment (dubbed MRD-VP-1/1, or “MRD” in short) was examined, it was identified to belong to Australopithecus anamensis, particularly judging from the distinctive features of the upper jaw and canine teeth. Upon dating the minerals in the volcanic rock layers in the region, experts discovered that the fossil was 3.8 million years old.

Australopithecus anamensis is the oldest known species of Australopithecus. It is considered to be the relative of Australopithecus afarensis, the species that Lucy belongs to. The A. anamensis fossils found to date consisted of broken jawbones and teeth. Thus, thanks to this almost completely preserved skull, researchers were able to revive the face of a hominid that is thought to have lived 3.8 million years ago.

Although the facial features of MRD are not as rugged as Lucy, which was found in 1974, it still has a protruding jaw and large canine teeth. These physical features, resembling that of other primates rather than humans, are known to change when Homo species emerge about 2.8 million years ago; evolving into a more flattened face, a smaller jaw, and smaller teeth.

Since there are very few fossils belonging to hominids that lived 3.6 to 3.9 million years ago, the relationship between these species and their place in history is highly controversial. Only after identifying MRD as an A. anamensis, we learned that A. anamensis and A. afarensis coexisted for at least 100,000 years. This is an interesting discovery showing that evolution does not always follow a straight line.

Stephanie Melillo of the Max Planck Institute for Evolutionary Anthropology explains, “We used to think that A. anamensis gradually turned into A. afarensis over time. We still think that these two species had an ancestor-descendent relationship, but this new discovery suggests that the two species were actually living together in the Afar for quite some time. It changes our understanding of the evolutionary process and brings up new questions—were these animals competing for food or space?”