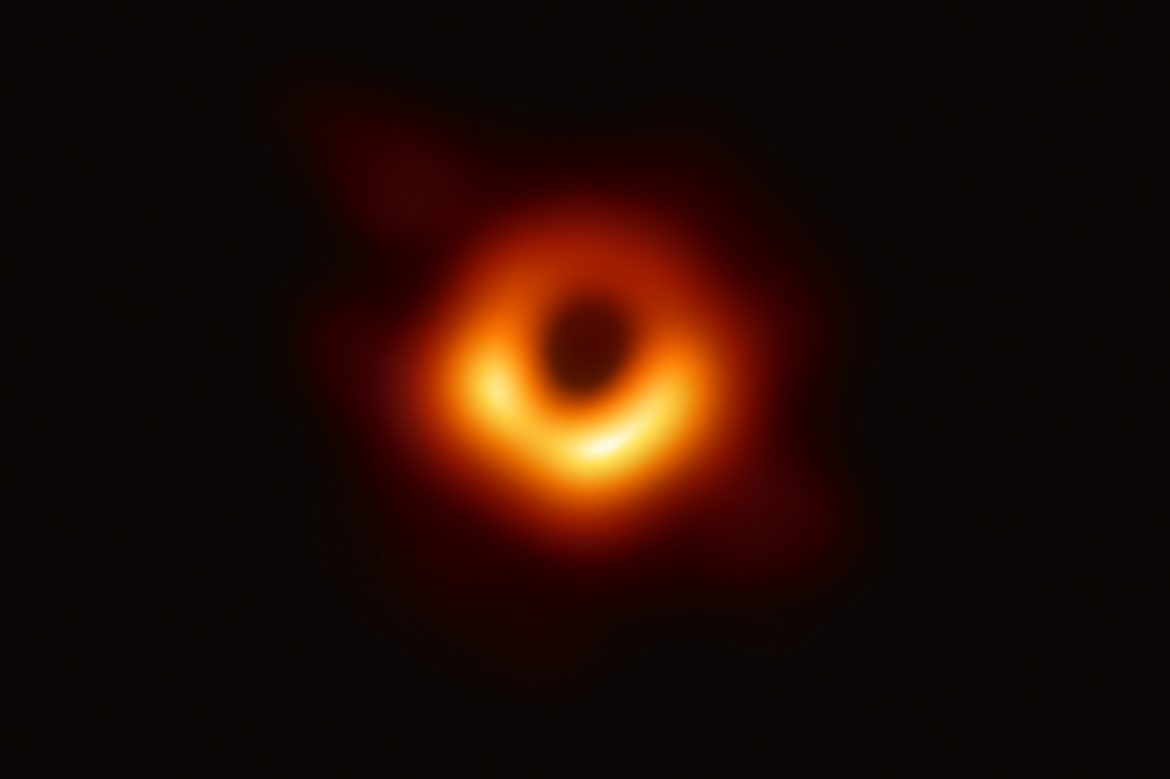 The First Pose of a Black Hole

An international team of 200 researchers from around the world made a long-lasting dream of mankind a reality, successfully capturing a photograph of the supermassive black hole in the centre of a galaxy known as M87, which is 55 million light-years away.

Black holes, considered to be one of the most curious formations in the universe, are celestial bodies which cannot be directly seen due to their structures. However, it has long been known that the velocity of objects falling into a black hole increase as the objects approaches the event horizon, so the scientists estimated that the high-energy photons scattered by these objects could be observed. This estimation became a reality with the help of a system called the Event Horizon Telescope, created by the collaboration of 8 radio telescopes around the world.

An atomic clock was placed in each telescope, in order to make sure that they were viewing the same location within the data chaos of the skies. For an accurate and precise observation, the telescopes were used at the same time, and the sky had to be clear at the same time in all locations. Petabytes of data had to be sent to evaluation centres physically as it was not possible to deliver it over the internet. Due to weather conditions, hard drives of the telescope in Antarctica were delayed for months. It took 8 months to filter and process all that data. It took another year to convert the resulting data into a photograph.

EHT first observed the giant black hole Sagittarius A* located at the centre of our galaxy, but the black hole of the galaxy M87 was found to be more suitable for viewing. What affected this choice was the fact that it was more stable during long observations, and the assembly disk around its event horizon was much brighter.

The black hole in M87 is a true giant with 6.5 billion solar masses! Although it is 2,000 times further to us than Sagittarius A*, they have approximately the same observable size in the sky.

While the purpose of this unbelievable mission of EHT was to see a black hole for the first time, another important issue was to understand whether Einstein’s theory of general relativity required a revision or not. Astronomers are able to calculate the possible size and shape of an event horizon by using general relativity. The comparison of the black hole’s photograph with these calculations was considered yet another valid proof of general relativity, which has repeatedly proved itself in many tests over a hundred years.

The most conspicuous thing about the photograph is its extremely striking resemblance to the artistic expressions and simulation images based on calculations and theoretical mind experiments until now. Researchers agree that the theory does not need a revision, at least for now, and that the photographs of M87 are concordant with Einstein’s theory. New data will also contribute to the development of simulations and calculations.

The results will significantly push forward our insight and knowledge about black holes. The behaviour of gases revolving around black holes and the process of collecting, which can lead to high-powered radiation gushes, is still not well-understood.

The project may also shed light on how matter is distributed around a black hole. EHT observations can teach astronomers a lot about how supermassive black holes shape the evolution of their host galaxies on long time scales.