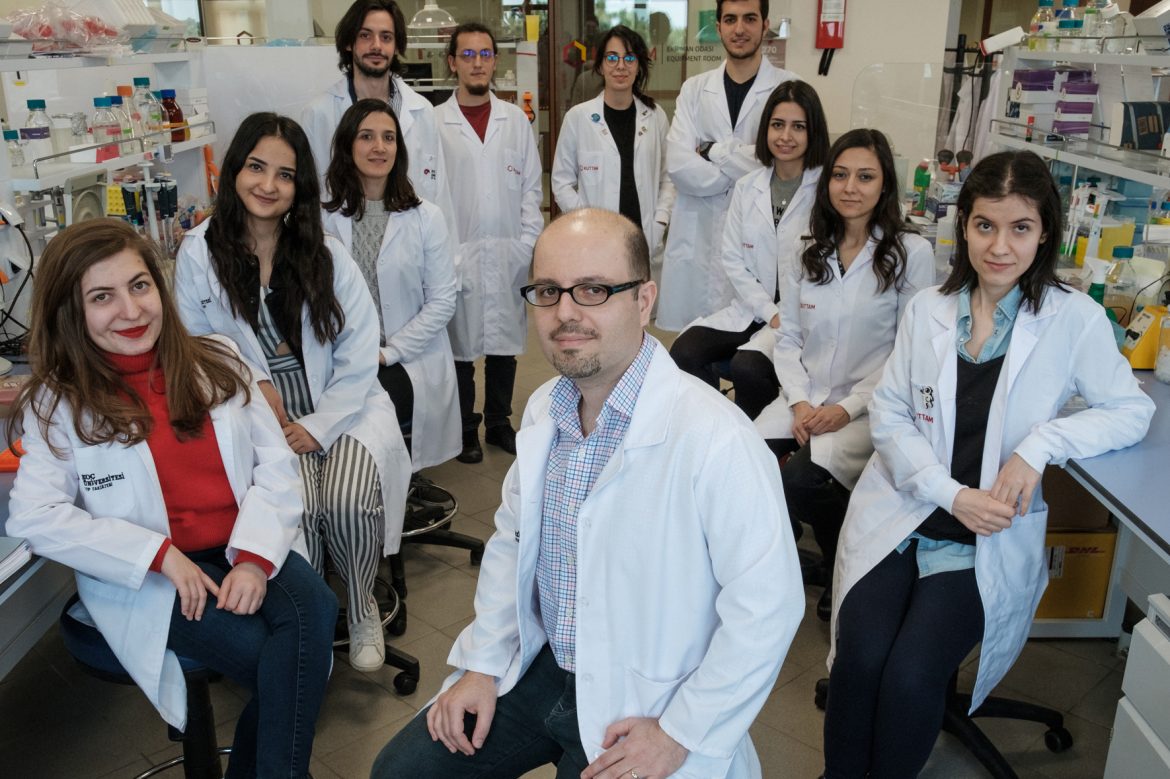 Author Elif Yılmaz May 16, 2019
Science Fields
Biology Genetic Tıp
Tags
degenerative disorders,ıPS,KLF4,stem cell,MYC,degenerative disorders,pluripotent cell,yamanaka factors
For certain diseases, all known treatments may prove ineffective, and a different, more radical approach may be required. Recently, particularly in the treatment of genetic and chronic metabolical diseases, the prospect of stem cell therapy has been on the rise. In addition to leukemia, lymphoma and some other blood diseases, stem cell therapy or bone marrow transplantation is regarded as the only solution. But this is not an easy option, because first of all, tissue compatibility is required between the donor and the patient. Blood samples may need to be taken from thousands of people to find a compatible donor. And given the aggressive nature of the diseases, the process is often a race against time.

But since 2008, thanks to the “magical” discovery of Prof. Shinya Yamanaka of Kyoto University, we have many more options when it comes to stem cell therapy. If we want blood cells, Yamanaka’s method gives us blood cells. If we need brain cells, that takes a bit of time but is not impossible. And these cells can be produced from the patient’s own cells, not transplanted from another.

Now, a new paper published in the May issue of Nature Chemical Biology, one of the leading journals of its field, has made a very important contribution to Yamanaka’s revolutionary discovery, as well as giving fresh hope to many patients. This study described ways to overcome important obstacles in the stem cell field and laid the groundwork for a new era in stem cell research.  It was conducted by Assoc. Prof. Tamer Önder of Koç University School of Medicine and his collaborators at Oxford University supported by TÜBİTAK and the Katip Çelebi – Newton Fund. We spoke to Assoc. Prof. Tamer Önder about his important study. But to understand why the work is so significant, let us first take a step back and look at how stem cells are produced.

Our eyes, heart, skin and blood are all made up of different cells. But back when we were little embryos, we didn’t have anything like eyes or hearts. We were made of a single kind of cell, and we were waiting to differentiate. These cells are called pluripotent stem cells and have the ability to differentiate into specialized cells. With time, as certain genes activate, these cells differentiate and turn into various types of cells. After this transformation, we only have very few pluripotent stem cells left, in specific parts of our body, and we cannot manipulate them as we like and turn them to any type of cell we want; they can only transform into the kind of cells that are local to them. But we may need nerve cells for a Parkinson’s patient, or blood cells for a leukemia patient. And Yamanaka’s work, which brought him the Nobel Prize in Medicine and Physiology in 2012, makes this possible, but… There’s always a “but”!

How To Reprogram Cells

With Yamanaka’s method, which is referred to as “Cellular Reprogramming”, it is possible to obtain pluripotent cells, similar to the ones we know exist in the very early stages of the embryo. During embryonic development, pluripotent stem cells turn into approximately 200 kinds of specialized cells, such as blood, brain and skin cells. Therefore, we, unfortunately, cannot obtain new pluripotent cells from our own bodies whenever we need them. Thanks to Yamanaka’s work, pluripotent stem cells can be obtained from other kinds of cells through reprogramming. Importantly, since these are the patient’s own cells, there is no problem of tissue compatibility. With this method, four genes which are very active in embryonic stem cells but are not active in skin cells are transferred to skin cells. Known as the Yamanaka factors, these are the OCT4, SOX2, KLF4 and MYC genes. The reactivation of these genes turns skin cells into pluripotent stem cells, just like those found at the embryonic stage.  Because such cells are obtained by transforming other cells, they are referred to as induced pluripotent stem cells, or iPS in short. While transformative and hugely important Yamanaka’s reprogramming method needed improvement in two regards. First of all, the transformation of cells took a long time, around 3-4 weeks. And the rate of successful reprogramming was rather low: Around one in a hundred thousand.

We use the past tense advisedly because of the joint work of Assoc. Prof. Tamer Önder of the Koç University School of Medicine and doctoral students Ayyub Ebrahimi and Kenan Sevinç, along with Prof. Udo Oppermann of Oxford University, has shortened this waiting period and increased the success rate.

But why was the rate of success so low in the first place? For the transfer of genes to skin cells, which we mentioned above, viruses were used. But even though they are efficient vehicles, viruses can sometimes act rebelliously and add these genes to an arbitrary part of the chromosome. At times, they may add them to the middle of another very important gene, and this can cause the gene to break down. If we suppress the gene that slows down cells division in this way, we can increase the cancerous tendency in the cell. Assuming that it would be much more efficient to apply this method without resorting to the use of viruses, Tamer Önder began his research by investigating whether it would be possible to make use of certain chemicals for the process. The first idea of Önder and his team was to test the molecules that would suppress the active genes that form the identity of a cell and enable it to continue its life in this identity. More accurately, they aimed to suppress the proteins that caused these genes to be activated.

At this point, they began to work with the researchers at Oxford University. Prof. Oppermann works on such chemicals, and even has a collection of chemicals that were synthesized for this purpose. Since the protein structure is known, the team theorized that if they can produce chemicals that can match it exactly, they can eliminate the possibility of interacting with an undesired gene, as is the case with the virus method. After targeted trials, they observed that two chemicals produced the desired results in turning skin cells to stem cells. This means that two of the four Yamanaka factors are no longer necessary. And applying the method with two factors instead of four has reduced the waiting period to approximately a week. And even more importantly, the success rate increased as high as ten-fold.

The next phase of the research will involve eliminating the other two Yamanaka factors as well. In this way, it will be much easier to apply the method in clinical settings, because with viruses no longer needed, there will be no danger of manipulating the wrong gene or involuntarily suppressing the effects of a particular gene. Some limited clinical studies using this method are currently in progress in the United States and Japan. Particularly in the treatment of degenerative disorders such as  Parkinson’s and macular degeneration, skin cells taken from patients are transformed into stem cells, and in turn, to the kind of cells that the patient needs and clinical research is conducted to see whether they work. Koç researchers expect that these studies will be conducted much more efficiently thanks to the recent findings and consequently, it will be possible to conduct trials for many new diseases. This new study will increase the likelihood of the success of stem cell therapy for many patients fighting serious diseases such as cancer, and will definitely lead to the start of a new era in the field by allowing the development of much faster and effective treatments.