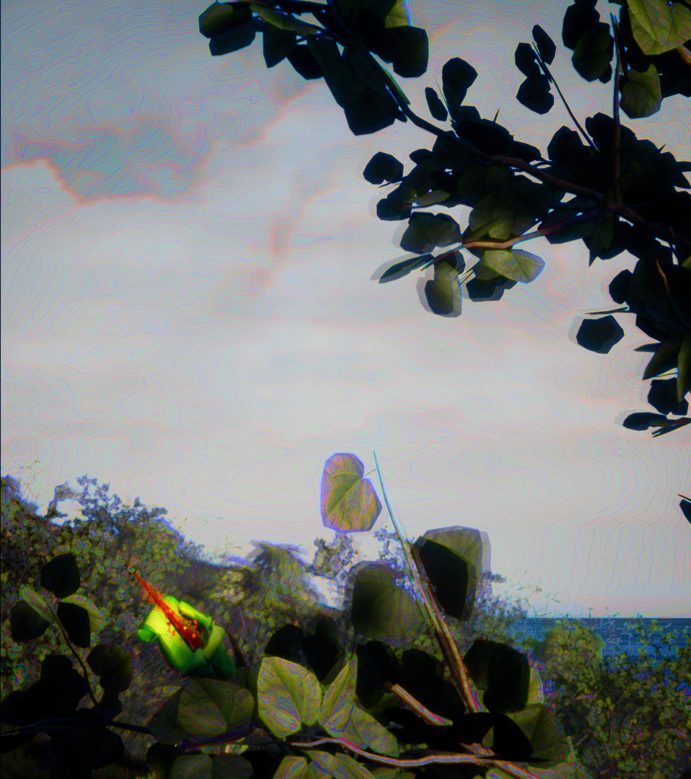 Would you be curious about how an extinct flower smelled? Scientists have been able to recreate a scent that no longer exists, using the DNA of a flower last seen in the early twentieth century.

If you remember the famous movie of the ’90s, Jurassic Park, the characters find a mosquito trapped and preserved in amber for millions of years, and they revive the dinosaurs of that period by using the DNA found in this mosquito. Although the method is similar, the mosquito was replaced by plant remains in the Herbarium of Harvard University, and the dinosaurs were replaced by the Hawaiian mountain hibiscus (Hibiscadelphus wilderianus). And thus, they were able to revive a scent unknown to noses for over a hundred years.

Synthetic biology experts from a company called Gingko Bioworks managed to isolate the genes they were looking for by using the plant samples they collected. The gaps within the genetic code were completed with the help of samples obtained from existing plants (in Jurassic Park, the frog genome was used for this purpose). After a lengthy process, which required a significant amount of trial and error, the researchers succeeded in triggering gene expression by injecting the genetic they have into yeast cells (again, in Jurassic Park, ostrich eggs were used for the same procedure). Then, they identified scent molecules via mass spectrometry analysis.

They sent the terpene molecules they obtained to perfume specialist Sissel Tolaas, who created new scents using these materials.

Scientists collected samples from dozens of plants and created over 2000 genetic varieties. So, the Hawaii mountain hibiscus is not the only plant whose smell has been recreated. The team also managed to revive the scent of various plants that were last seen in the 19th century, including Leucadendron and Psoralidium species.

Christina Agapakis, one of the directors of Gingko Bioworks, says this is an art project that will exhibit the enormous potential of synthetic biology and genetic engineering, rather than being merely a commercial product.

In case you’d like to buy the fragrance produced from the DNA of this extinct flower, you will need to catch Alexandra Daisy Ginsberg’s art installation that will travel the world in 2019.