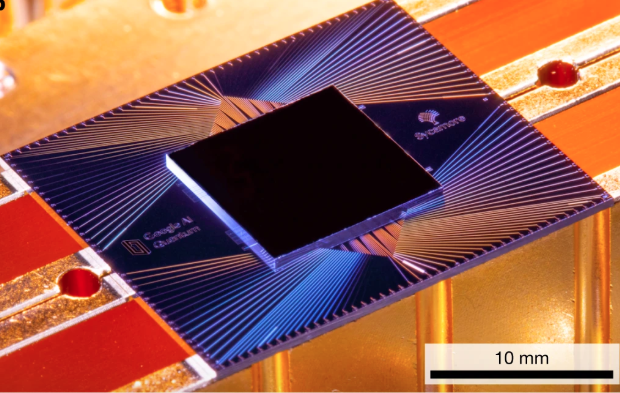 According to Google’s recent statement, for the first time, a quantum computer solved a problem that cannot be solved by ordinary, standard computers – at least within a reasonable time. This milestone that scientists call “quantum supremacy” is seen as an important step in the journey of developing quantum computers that can be used in real life.

John Martinis and his team at Google started their work 20 years ago by developing a single superconducting qubit (the quantum equivalent of bits on standard computers). Eventually, they made the system faster than standard computers for specific operations, with an architecture of 54 cubits (though only 53 of them worked in the experiment) on the latest Sycamore computer.

The “specific operations” we are talking about here are important; because the ones chosen for Google’s experiment was not really very useful. It was a task designed merely to emphasise the strengths of quantum computers, and to be difficult for a non-quantum computer.

Using Sycamore, Google researchers conducted a series of operations called random circuit sampling. This can simply be summarized as performing a number of randomised operations on the qubits, then measuring the values ​​of the qubits, and repeatedly performing this process to obtain a distribution of numbers. This distribution of numbers is not completely random due to quantum effects and is very difficult to calculate by conventional computers. It took 200 seconds for Sycamore to repeat the sampling process millions of times, but the team estimated that a modern supercomputer would have to operate for 10,000 years to do the same task. However, on October 21, even before scientists at Google made the official announcement, researchers at IBM were challenging these calculations. In a paper published in arXiv.org, IBM researchers stated that the calculation could be done on a conventional computer within 2.5 days with the right technical settings, as opposed to Google’s claim that it would take 10,000 years. Still, they added that the world’s most powerful supercomputer is required to do this.

In response, Martinis said in a news conference on October 23, “this experiment is about building the most powerful quantum computer in the world right now and showing that … things are working well.”

When physicists master the control of quantum computers, machines can be scaled to help useful problems such as studying the physics underlying chemical reactions or breaking cryptographic techniques used to secure online communication. However, these developments still seem too distant; but quantum superiority is definitely an important step in this direction.