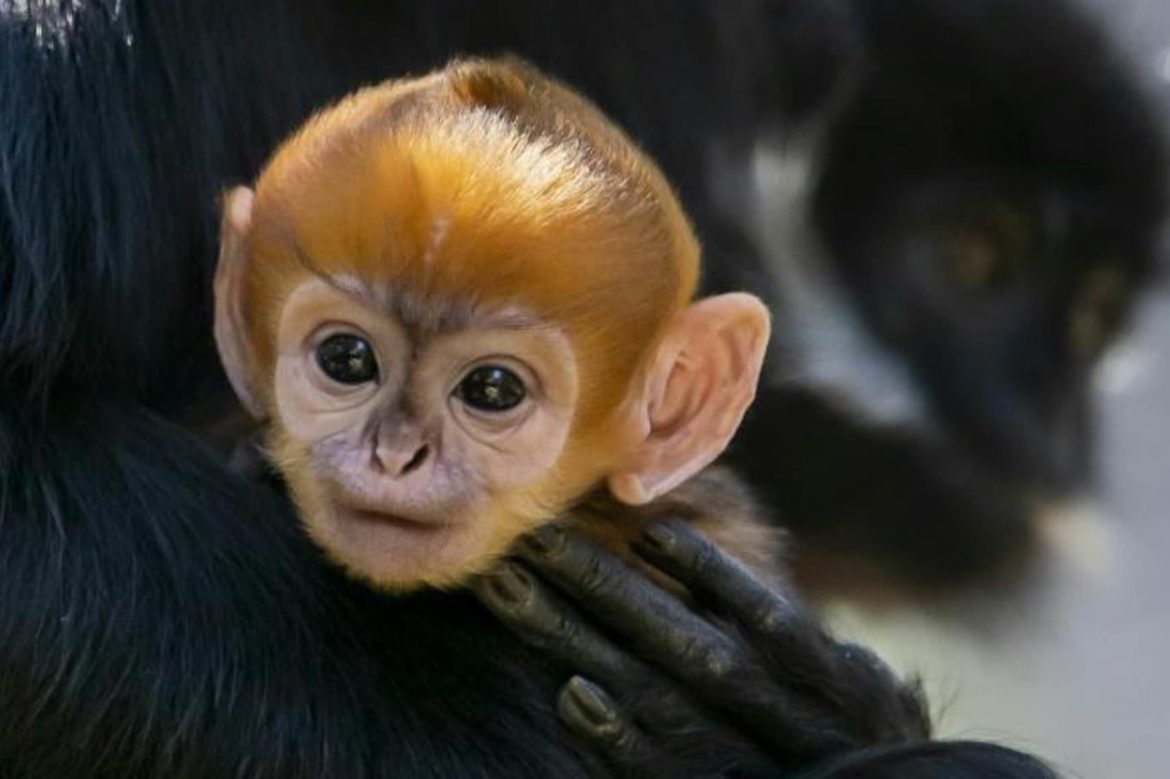 In a time when we often read news about animals becoming extinct, it is wonderful to learn that an incredibly rare monkey species has given birth. One of the world’s rarest monkey species, a Francois’ Langur, gave birth at Sydney’s Taronga Zoo in Australia. The species, which is critically endangered, is naturally found only in parts of China and Vietnam. Unfortunately, they are at risk of extinction because of hunters and habitat loss.

Jane Marshall, senior zookeeper says “Seeing Francois’ Langurs in the wild is incredibly rare, but seeing a baby is even more so.”

The bright orange fur of the baby monkey, which is yet to be named, will darken within a few weeks to resemble his mother’s fur. Thanks to this orange fur, the babies can be easily distinguished from the crowd when they are very young.

These animals live in “harems” consisting of female groups of about 12 individuals. Females in the group take care of and nurture the babies in turns so that the new mother gets some time to breathe and also the other females in the group experience motherhood. Noel, the mother of this “first baby born in Taronga since 2015” often took care of the baby of another female, who gave birth four years ago. Now, it’s the other mothers’ turn.

It is very difficult for Francois leaf monkeys to digest the leaves and other herbal nutrients they consume. Therefore, they spend most of their time resting, waiting for their bodies to try and digest these leaves that are rather poor in nutrients.

Taronga zoo staff estimates that there are only 3,000 survivors of this highly intelligent, fast and energetic monkey species. The International Union for Conservation of Nature (IUCN) has Francois leaf monkeys in the endangered species list since 2008.