Skip to content
Homepage astronomy India Goes to the Moon 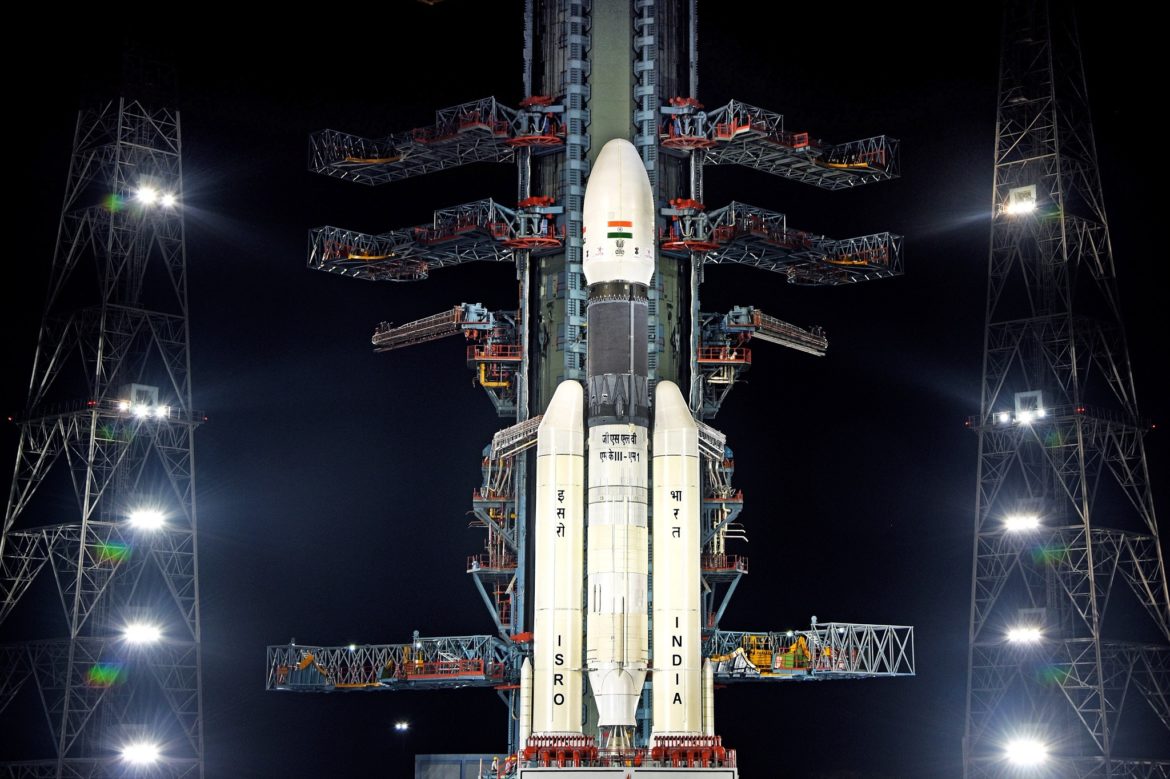 India Goes to the Moon

On the 50th anniversary of man’s first step on the Moon, India is preparing a visit to our nearest neighbour, too. ISRO (Indian Space Research Agency) sent Chandrayaan-2 to space on July 22, after a week of “technical snag”.

The $142 million Chandrayaan-2 mission was developed as a continuation of the Chandrayaan-1 mission, which was launched in 2008 to help discover the presence of water molecules on the Moon. While Chandrayaan-1 was a single spacecraft, Chandrayaan-2 consists of three vehicles: an orbiter, a lander called Vikram, and a small rover called Pragyan. As the orbiter performs the ing from a height of 100 kilometres, Vikram will make a soft landing on the surface and send out the rover to the Moon’s surface.

According to a statement from ISRO, Chandrayaan-2 orbiter will collect scientific data on the topography, mineralogy, and element quantities of the lunar surface, as well the lunar exosphere, together with possible signs of hydroxyl and water-ice.

The vehicle will also land a small rover of 20 kilograms on the surface. This semi-autonomously moving robot will examine the composition of the lunar regolith’s, making important measurements concerning lunar quakes.

The lunar South Pole is particularly interesting because its surface area that remains in the shadow is much larger than that of the lunar North Pole. There is a possibility of finding water in the permanently shadowed areas of this region. In addition, the South Pole hosts craters that trap the cold and contain fossil records of the early Solar System. The life of the rover is expected to last one lunar day (14 days); it is not yet known whether it will operate again after 14 days of cold darkness.

Chandrayaan-2 is intended to bring the lander and rover down to 600 kilometres near the lunar South Pole. This will be the farthest mission from the lunar equator in the lunar research history.

It will take about 7 weeks for Chandrayaan-2 to reach the Moon. The reason for this seemingly long travelling time is that the shuttle carrying the spacecraft carries relatively little fuel compared to other moon rockets. According to the mission program, Chandrayaan-2 will spend 23 days in Earth’s orbit and gradually extend one side of its elliptical orbit around the planet. Then, as it approaches the escape rate in August, it will perform a series of manoeuvres, leaving the Earth’s orbit and embarking on the actual journey to its designated orbit around the Moon.

If Chandrayaan-2 succeeds, India will be the first country to land on the Moon’s south pole and the fourth country to make a soft landing on the lunar surface. The only countries that succeeded in doing this, until now, has been the US, the Soviet Union, and China. This year, in April, a spacecraft belonging to a private Israeli company had failed to do so, crashing on the lunar surface.