Skip to content
Homepage anthropology Science and Technology in 2021 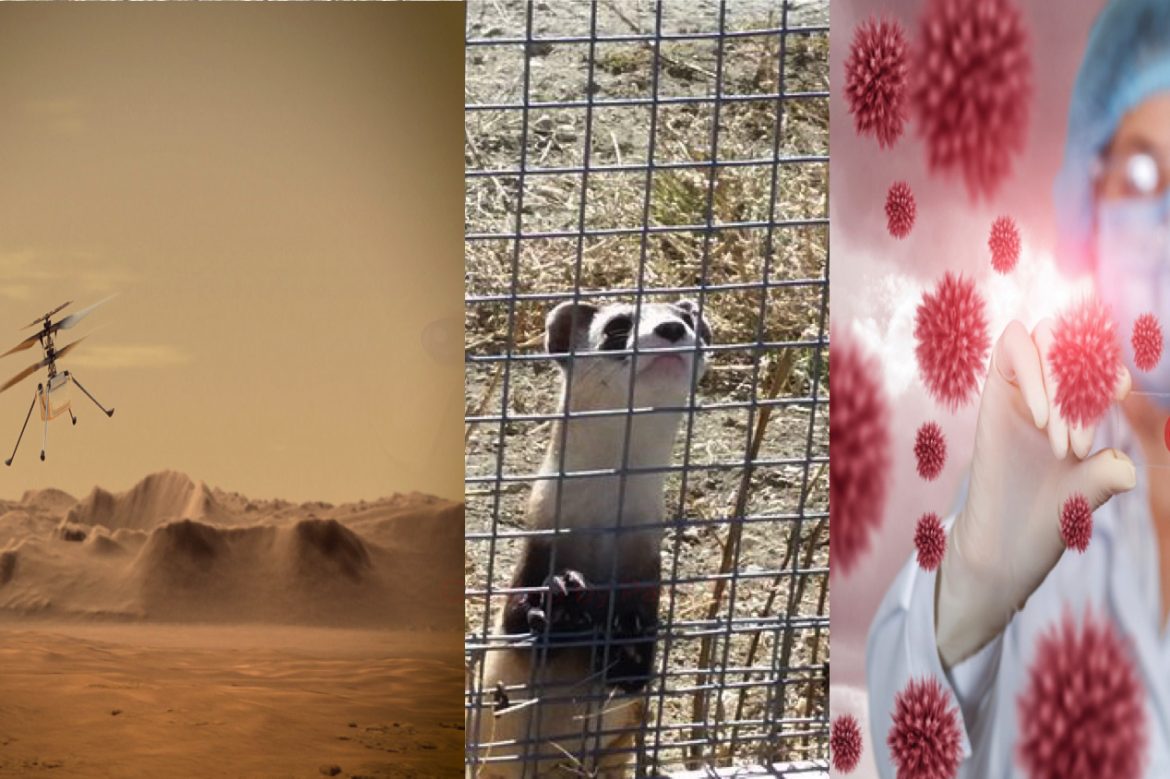 Science and Technology in 2021

As we are preparing to say goodbye to 2021, we wanted to remember some of the most important scientific and technological developments we witnessed throughout the year.

Big steps on the space front

This year has been highly fruitful in terms of space missions. A total of 140 spacecraft took off into orbit, only 9 of which failed. While humanity has been having a hard time on the planet’s surface, space missions made great contributions to the scientific world, not only with orbital missions, but also with trips to other planets, asteroids, and other celestial bodies.

Mars continued to carry the crown of “the most attractive planet in the solar system” in 2021. Three countries visited the Red Planet this year, sending orbiters and landers, rover robots, and even a helicopter. The United Arab Emirates successfully sent their first interplanetary spacecraft called Hope to the orbit of Mars in February, to study the Martian climate. China’s Zhurong rover has been roaming the planet’s surface since May, to study the planet’s local geology, and to search for water ice below the surface. NASA’s Perseverance rover, which landed on Mars in February, is also working with a helicopter called Ingenuity to explore an ancient lake basin and collect rock samples to be brought back to Earth.

The famous billionaires accelerated the space tourism race this year, sending a number of civilians to space. Earlier in July, billionaire Richard Branson and his staff carried out a suborbital flight on Virgin Galactic’s first fully crewed voyage, just above the space border. Only a week after Branson’s trip, Jeff Bezos, the world’s richest man, completed the first crewed suborbital flight of Blue Origin, along with the youngest and oldest passengers ever sent into space. In October, his company, Blue Origin, repeated the success by sending Star Trek actor William Shatner into space. A month before, a four-man team became the first all-civilian crew to circumnavigate the Earth from space, aboard Elon Musk’s SpaceX Dragon capsule called Resilience. 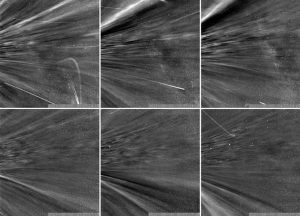 On the other hand, humanity “touched” the Sun for the first time in 2021. NASA’s Parker Solar Probe became the first spacecraft to enter the Sun’s corona, making direct contact with our star’s plasma and atmosphere. And finally, the James Webb Space Telescope, which has been hopefully and eagerly awaited for many years, with a budget of more than 10 billion dollars, and has been delayed many times, was finally launched without any problems on December 25 and started its 29-day journey towards its location of the mission.

Pros and cons on the COVID front

As we leave behind our second year with COVID-19, which has become a part of lives in every sense, the scientific world has not yet been able to breathe in relief. At the time of writing this article, the number of cases worldwide is approximately 277 million, while the number of people who lost their lives due to COVID-19 has already exceeded 5.3 million.

Since the first vaccine was administered in the world last December, the number of doses administered globally has exceeded 8.6 billion. However, considering the world population is around 7.9 billion (and that the vaccines are administered in 2 to 3 doses per person), we are still behind on the targeted vaccination percentages in many countries. On the bright side, not many questions are left in our minds about the effectiveness and side effects of vaccines. In August, the FDA also approved vaccination for young people under 16. While concerns about the safety of international travel continue, and countries keep opening and closing their borders to each other, some countries began to implement “vaccine certificates” as an additional security measure.

On the other hand, scientists closely monitor tons of new variants that emerge as a result of the rapid mutations that viruses naturally undergo. We’ve heard of several variants throughout the year; the ones that started to appear more frequently than others among thousands of variants. Gamma variant was first detected in Brazil in January, which was followed by Beta first detected in South Africa in April, and then Delta, which was first detected in India in May. And now, we have the Omicron. However, the most commonly seen variant worldwide is still Delta.

We now have the vaccines and better, more target-oriented drugs. However, the pandemic still continues. Next year, we will see together how the variants and the pressure of COVID-19 on both the health systems and economies of the countries will progress.

The inevitable impacts of climate change

The summer months were marked by natural disasters such as wildfires, droughts, and heatwaves, which are among the most striking events triggered by climate change. According to a recently published report, such natural disasters have increased by 5 times in the past 50 years.

One of the biggest impacts of climate change in the last decade has been observed underwater. Rising temperatures cause the coral reefs to abandon the symbiotic algae that help them survive, which results in corals bleaching and dying. According to a major report on this topic, only 4% of the Great Barrier Reef has survived the coral bleaching that accelerated in recent years.

Advances in genetics and medical research

CRISPR was also used to clone an endangered species for the first time, to increase its wild population. To reproduce the black-footed ferret, which is estimated to have only 400-500 individuals left in the wild in the United States, scientists used frozen DNA samples from an individual named Willa, who had died about thirty years ago, and successfully brought an offspring into the world.

Scientists developed a wireless pacemaker, which can dissolve in the body on its own in time, for use in patients who need temporary help to regulate their heartbeat. The device can wirelessly collect energy from a remote external antenna using near-field communication protocols. This way, it does not require cables protruding from the body and causing complications. Since it dissolves in the body after a certain period of time, it also does not require an operation like other pacemakers.

Last year, a vaccine developed for malaria, a disease that caused a great number of deaths in the history of mankind, was also granted non-trial use. The vaccine, which the scientists had been working on for 30 years, has been a source of hope for other parasitic diseases besides malaria, which causes half a million deaths every year.

And in the depths of time… 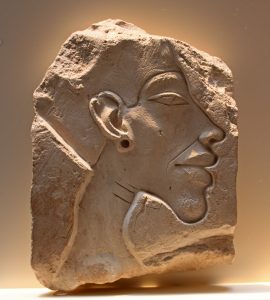 The Egyptian Museum in Cairo, the capital of Egypt, was moved to the newly built National Museum of Egyptian Civilization in another part of the city. The most interesting part of this relocation was the parade for 22 pharaoh mummies. The mummies of 18 kings and 4 queens, including Amenhotep III, were transported to their new home, 5 km away, in an event called the “Golden Parade of the Pharaohs”.

As a result of the investigations and comparisons made on the skull of Homo longi, known as the “dragon man” unearthed in the Harbin region of China in 2018, scientists have suggested that this new human species may be closer to modern humans than the Neanderthals.

Furthermore, it was revealed that the Neanderthals’ hearing capacity (and possibly also their speech abilities) were similar to those of modern humans.

The discovery of a perfectly preserved egg fossil containing a fully-developed embryo of an oviraptorosaur in southern China also hit the headlines in the last days of 2021.