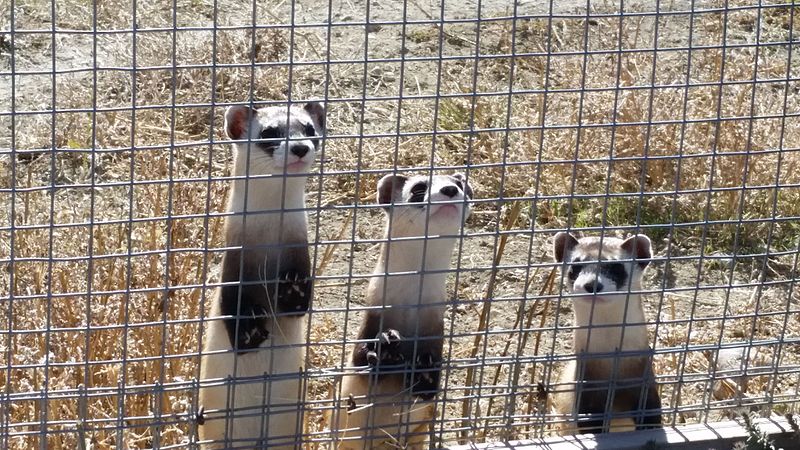 At a time when biodiversity is on a fast decline, innovative approaches in nature conservation efforts are beginning to shine out. For the first time, cloning technology was used with the purpose of increasing the population of an endangered species. Studies conducted in the USA for black-footed ferret (Mustela nigripes), estimated to have a population of only 400-500 individuals in the wild, used frozen DNA samples from an individual named Willa who died about thirty years ago, and successfully brought a new offspring into the world.

Although cloning technology is not very new (remember Dolly the sheep, born in 1996), recent techniques such as CRISPR have expanded the horizons of genetic engineers and enabled conservationists to use cloning for the first time.

The black-footed ferret, predicted to be extinct in the 1970s, is a small predator that once lived in all the western regions of North America. However, when farming activities eliminated prairie dogs, which were its main food source, the ferret’s numbers started to decrease. Of the eighteen individuals incidentally discovered in 1981, seven were able to breed under control, and all of the currently alive black-footed ferrets are thought to be the offspring of these seven individuals. Because of their limited genetic diversity, these cute animals have low resistance against diseases, especially bacterial infections transmitted by fleas. Willa’s genetic diversity, however, was three times higher than these individuals.

Elizabeth Ann, the clone black-footed ferret was born on December 10, 2020. She is the result of a project that started nearly seven years ago. Eggs taken from domestic ferrets, a closely related species, were matured and their nuclei were removed along with the genetic materials inside. Later, the contents of Willa’s cells were transferred into these eggs and an electric charge was used to stimulate the cells to be dividing. The resulting embryos implanted back into a domestic ferret. One took and developed successfully, and Elizabeth Ann was born in perfect health.