Skip to content
Homepage astronomy We Have Touched the Sun 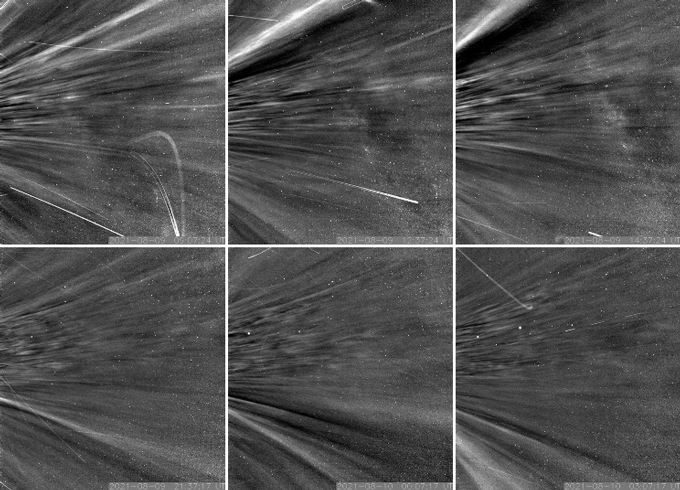 We Have Touched the Sun

For the first time, a spacecraft has made contact with the sun. During a recent flyby, NASA’s Parker Solar Probe succeeded to reach the Sun’s extended solar atmosphere, known as the corona, making direct contact with the star’s plasma and atmosphere.

During one of his close encounters with the Sun, Parker left interplanetary space and crossed into the solar territory on April 28, 2021. The probe took measurements showing the exact position of the boundary called the Alfvén critical surface, and made the first direct observations of what happens in the Sun’s atmosphere, measuring values that were merely predicted before. Physicists report in their paper published in Physical Review Letters that this boundary is about 13 million kilometers above the solar surface.

The Alfvén critical surface is the imaginary boundary below which the Sun’s gravitational and magnetic forces directly control the solar wind. It is the point where the Sun’s outer edge is thought to begin, and according to many scientists, sudden reverses in the Sun’s magnetic field emerge from this area.

The probe spent five hours below the Alfvén critical surface, in direct contact with the Sun’s plasma. Below this surface, the pressure and energy of the Sun’s magnetic field were stronger than the pressure and energy of the particles. The spacecraft passed above and below the surface three times during the encounter. This is the first time a spacecraft had entered the solar corona and had direct contact with the Sun’s atmosphere.

One of the surprising findings was the wrinkled nature of the Alfvén surface. As the Sun’s activity changed, the level of the Alfvén critical surface appeared to rise and fall, as if the corona was breathing. The probe also recorded some evidence pointing to a potential power increase just inside the corona, affecting heating and emission, which could indicate an unknown physical phenomenon.

Although the researchers who have been observing the Sun and its corona for decades are aware of certain interesting physics that heat and accelerate solar wind plasma out there, they can’t yet tell precisely what that physics is.

The new findings, obtained through direct observations of the spacecraft, show that there is much to be shed light on about the physics of coronal heating and solar wind formation. Having achieved its goal of touching the Sun, the Parker Solar Probe will now go deeper into the solar atmosphere and linger there for a long time.

The video below, which also shows the Milky Way behind the stream of extremely high-energy particles, was created by combining countless images recorded by the probe.

An unprecedentedly close and fascinating look at our star!