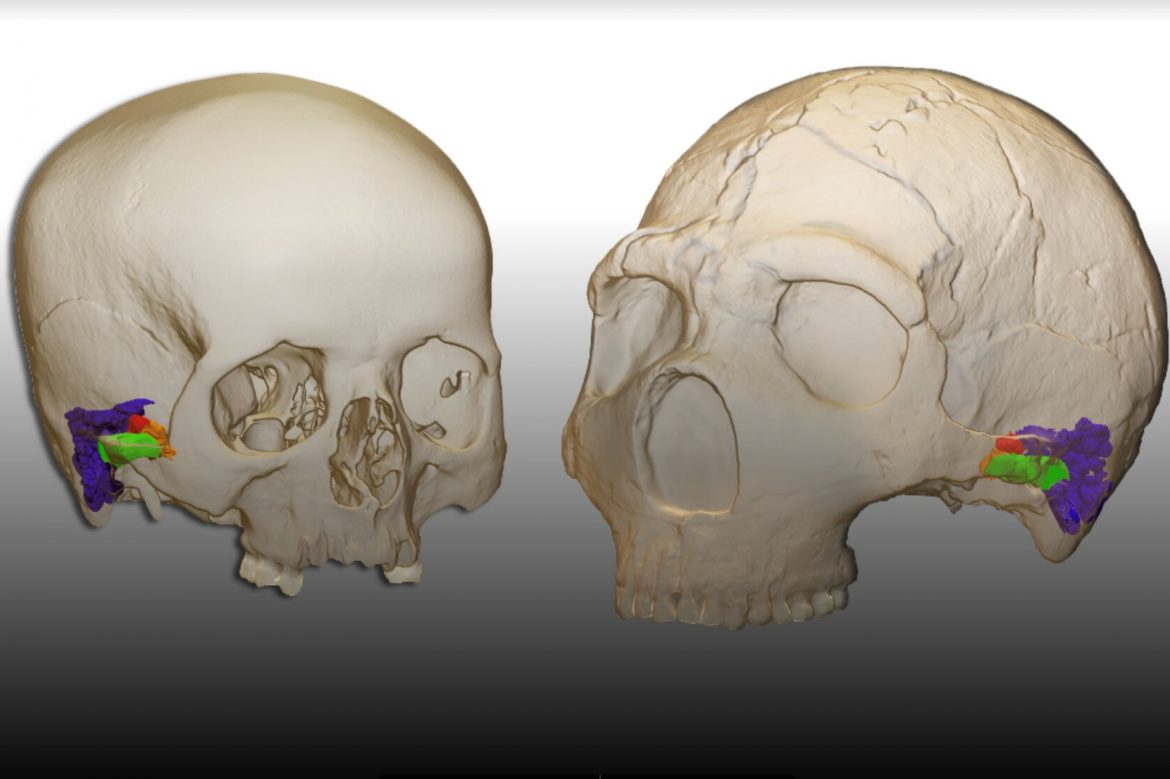 Were Neanderthals Able to Speak?

Whether our ancestors who lived before us possessed the capability for speech and language, or a complex communication system, has long been one of the major questions for scientists studying the evolution of Homo sapiens. Quite a challenging subject, considering the only way to an answer is through examining fossils. A new study published in Nature Ecology and Evolution has managed to draw a series of conclusions on how Neanderthals communicated, shedding light on how they heard. The scientists determined that the Neanderthals had the ability to understand and produce human speech. Thus, the research carried out by an international for almost 20 years finally began to yield results.

The human ear has evolved to hear vibrations between about 20 Hertz (Hz) and 20,000 Hertz (20 KHz). However, the most important frequency range for survival can be considered as the range of speech sounds up to around 5 KHz, because the vocal communication between individuals is the main thing enabling individuals to act as a team in the process of evolution.

Thanks to high-resolution CT scans on skull samples, the researchers were able to reconstruct the ear structure of Homo sapiens, Neanderthals and the Atapuerca (Spain) fossils, considered as the ancestor of Neanderthals, in three dimensions. Analysing the data provided by these three-dimensional models on special software, they revealed the ability of each species to perceive sounds up to 5 KHz. The results showed that Neanderthals could hear the 4-5 KHz range better than their ancestors, the Atapuercans, suggesting a physiological structure resembling that of Homo sapiens.

The researchers were also able to determine the frequency range of maximum sensitivity for each species, thanks to the data provided by the virtual 3D models. The wider this range, the greater the number of distinguishable acoustic signals that can be used in oral communication. Thus, the ability to convey a clear message in the shortest amount of time increases the efficiency of verbal communication. It was determined that Neanderthals possessed physiological characteristics closer to modern humans in this aspect as well.

Mercedes Conde-Valverde, the lead author of the study, emphasizes the big importance of this: “The presence of similar hearing abilities, particularly the bandwidth, demonstrates that the Neanderthals possessed a communication system that was as complex and efficient as modern human speech.”

According to scientists, the study revealed another interesting result: apparently, Neanderthals used more consonants than their ancestors did. Consonants allow for including more information into vocal signals and are indeed the most important feature distinguishing the speech and language of modern humans from nearly all other primates.

In conclusion, Neanderthals may have had the ability to make sounds similar to those of modern humans and their hearing was evolved enough to perceive these sounds. This change in the evolutionary tree also parallels archaeological evidence. The emergence of complex behavioural patterns including the use of stone tools, domestication of fire, and possible symbolic practices seem to coincide with the fossil evidence of linguistic and auditory capabilities.

“These results are particularly gratifying,” said Ignacio Martinez from Universidad de Alcalá in Spain. “We believe, after more than a century of research into this question, that we have provided a conclusive answer to the question of Neanderthal speech capacities.”