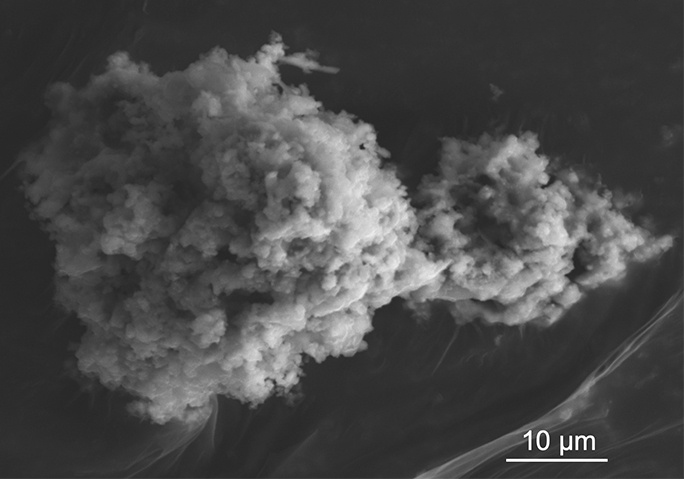 While our planet orbits the sun, it swoops through clouds of extra-terrestrial dust. These interplanetary micrometeorites from comets or asteroids are composed of particles with a size between one-tenth and one-hundredth of a millimetre, which pass through the atmosphere and reach the Earth’s surface.

Due to the difficulty in collecting and tracking these millimetre-sized dust grains, scientists have never been able to calculate the exact amount reaching the surface of our planet every year. The biggest problem is that Earth itself and its atmosphere are also dusty, which spawns the question: “How do you distinguish space dust from the Earth dust?

For the past 20 years, a group of scientists has been collecting dust in the least dusty part of Earth, the plains in central Antarctica, always covered with snow and ice.

An international collaboration of researchers from France, the USA and the UK has conducted six expeditions over 20 years to the Franco-Italian Concordia Station, called Dome C, located 1100 kilometres off the Antarctic coast. The Dome C area is considered an ideal location for studying micrometeorites, due to the near absence of terrestrial dust and low rates of snow accumulation.

During the past 20 years in Antarctica, researchers have collected more than 2,000 micrometeorites from three snow pits they dug. First, they had to dig down to two meters or more to reach the layers of snow deposited before 1995. Afterwards, they collected hundreds of kilograms of snow using extra clean tools, melted them, and sieved these tiny treasures from the cold water.

By extrapolating from this restricted sample to the rest of the world, the researchers reported in their article published in ScienceDirect that tiny pebbles from space add up to 5,200 metric tons of weight each year.