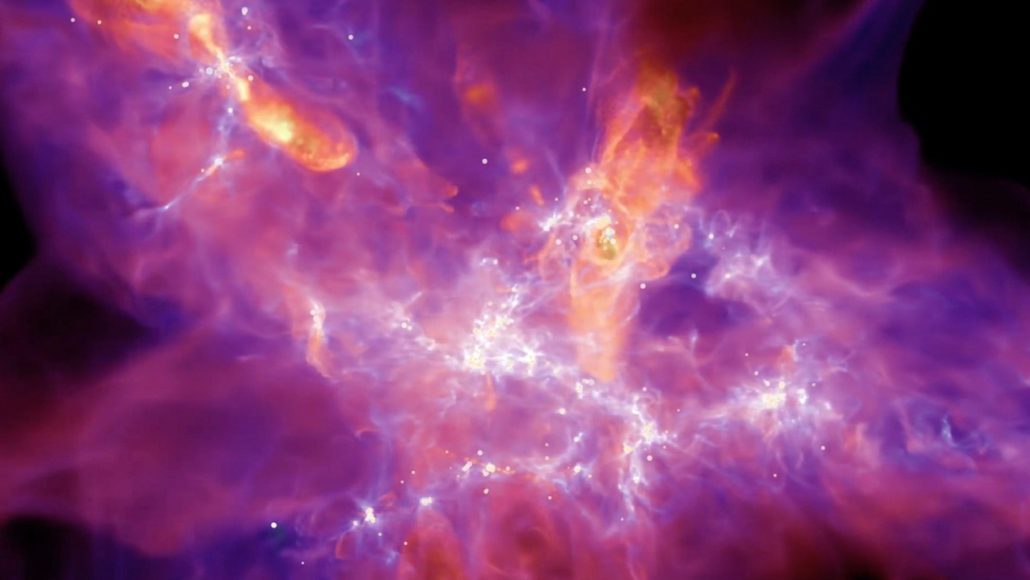 The most realistic computer simulation ever of a star formation has been released as a high-definition video.

The video, produced at STARFORGE (Star Formation in Gaseous Environments Simulation) shows a giant virtual gas cloud condensing into a hatchery where new stars are born. STARFORGE is the first to simulate an entire star-forming cloud of gas and dust, accounting for all the physical phenomena thought to influence the birth of a new star.

STARFORGE begins with a blob of gas that can be hundreds of light-years across and up to millions of times the mass of the Sun. Turbulence inside the cloud creates dense regions that collapse to form new stars. These stars then eject powerful jets, emit radiation, spread stellar winds, and explode in supernovas. These phenomena eventually blow away the last remnants of the cloud, leaving behind a hive of young stars. The whole process, which actually takes millions of years, takes months of computing time, even on supercomputers.