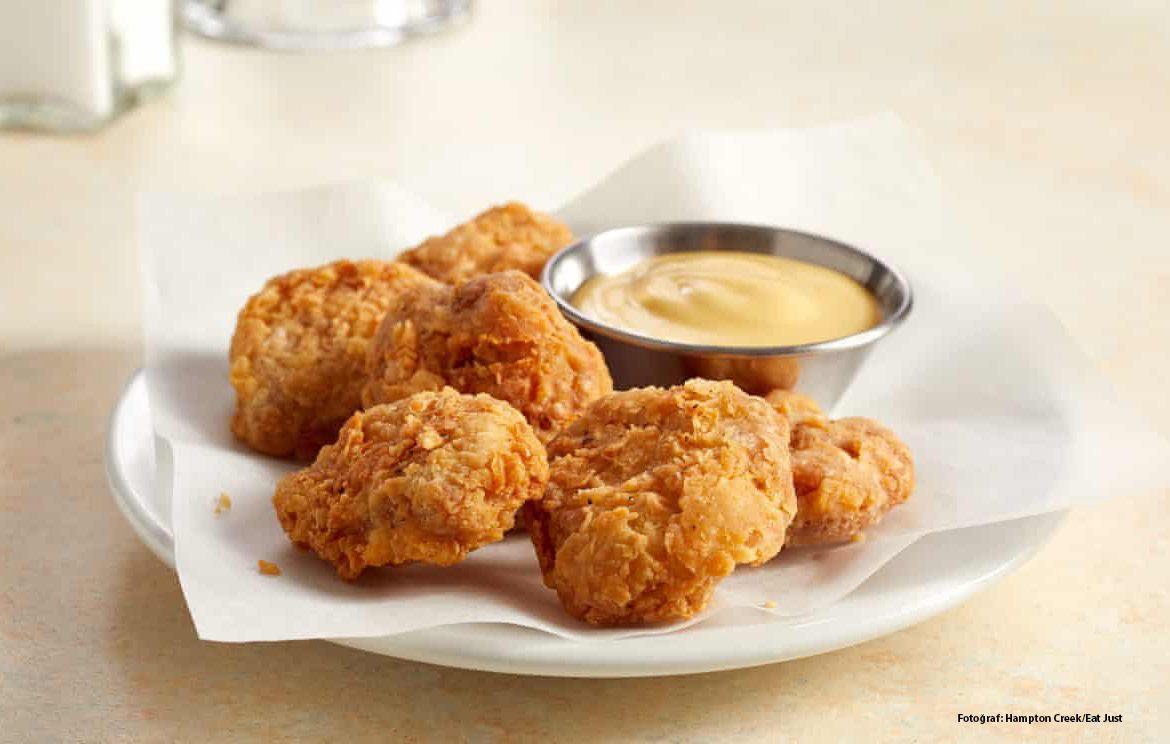 Synthetic meats produced in the laboratory will be included in the menu of a restaurant in Singapore. For the first time in the world, cultured meat has been approved for sale by a regulatory authority. Product of the US company Eat Just, managed to pass a safety review by the Singapore Food Agency, a very important development regarding the future of synthetic foods. This can be considered a turning point for the meat industry, as a long-envisioned step has been taken towards the future possibility of producing meat without the slaughter of any animal and its public acceptability.

These synthetic meats, called “chicken bites” by the company, are produced by replicating cells in tissue samples taken from living animals in enormous bioreactors. Therefore, it cannot be called vegetarian, even though the nutrients supplied to the growing cells were all from plants.

This is an important development for the food production system, where hundreds of millions of livestock are sent to slaughterhouses every day. In the light of scientific studies showing that rich countries generally consume more meat than they need, restricting industrial meat production is considered an important factor in reducing environmental problems.

At this stage, chicken bites will be significantly more expensive than conventional chicken. However, the company reports that it will ultimately be cheaper along with the increase in demand and the acceleration of production. Once scaled up, synthetic meat production will produce much lower emissions and use far less water and land than conventional meat.

Josh Tetrick, of Eat Just, says he dreams of a future where animal food is produced without the slaughter of a single animal or the tearing down of a single tree. Of course, Eat Just isn’t the only company producing synthetic meat. Dozens of other companies are now synthetically producing chicken, cow, and pork meat in laboratories. All these companies believe that they can reduce the impact of industrial animal husbandry on climate and environmental crises, while at the same time, meeting the global meat demand without the use of antibiotics and hormones, and without torturing animals. With Singapore’s latest move, the way for other companies is expected to open up rapidly.

The reaction and possible prejudice of consumers to cultured meat still remains the most significant obstacle. “Is it different? For sure,” claims Tetrick, “Our hope is through transparent communication with consumers, what this is and how it compares to conventional meat, we’re able to win. But it’s not a guarantee.” The company’s current goal is to have its product approved in the US.

The ethical aspect of these developments may stir controversy among vegan diet fans. Considering that by weight, 60% of the mammals on earth are livestock, and only 4% are wild, experts acknowledge that this development can undermine not only industrial food systems but also all economic and social systems connected to these systems.