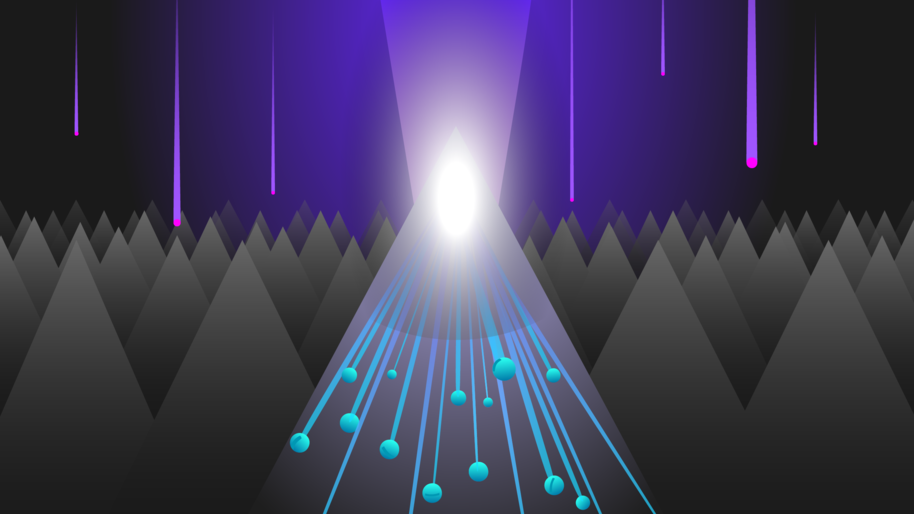 Researchers from Aalto University have developed a black silicon photodetector that has achieved 132% efficiency. Thus, for the first time, a single photovoltaic device has exceeded the 100% limit, previously considered as the theoretical maximum for external quantum efficiency.

If the external quantum efficiency of a hypothetical photovoltaic device is 100%, this means that every photon of the light striking it produces an electron, which exits the circuit and can be harvested as electricity. This new system did not only achieve 100% efficiency but became the first single device to exceed it. This 132% means that you get an average of 1.32 electrons for each photon. This highly efficient system has been produced using black silicon as the active material, with cone- and rod-shaped nano-structures that absorb UV light.

Of course, you cannot have 0.32 of an electron, but to put it another way, this also means that your chances of producing two electrons from a single photon in this system are 32 percent. This may seem impossible at first, as physics dictates that energy cannot be created from anything. And here, we have extra electrons. But where do they come from?

This is about the general working principle of photovoltaic materials. When a photon strikes the active material (usually silicon), it bumps an electron out of one of its atoms. However, under certain conditions, a high-energy photon can sometimes manage to knock two electrons out. This phenomenon was never observed before in actual devices in use, as the presence of electrical and optical losses reduces the number of collected electrons.

In many photovoltaic materials, efficiency is lost in various ways. However, the Aalto team says these obstacles have been largely removed. Black silicon absorbs much more photons than any other material, and its nanostructures reduce electron recombination at the surface of the material.

In practice, this record efficiency means that the performance of any photodetector-powered device can be greatly improved. For example, solar energy and light collecting systems are already widely used in our daily lives; in cars, mobile phones, smartwatches, and medical devices.