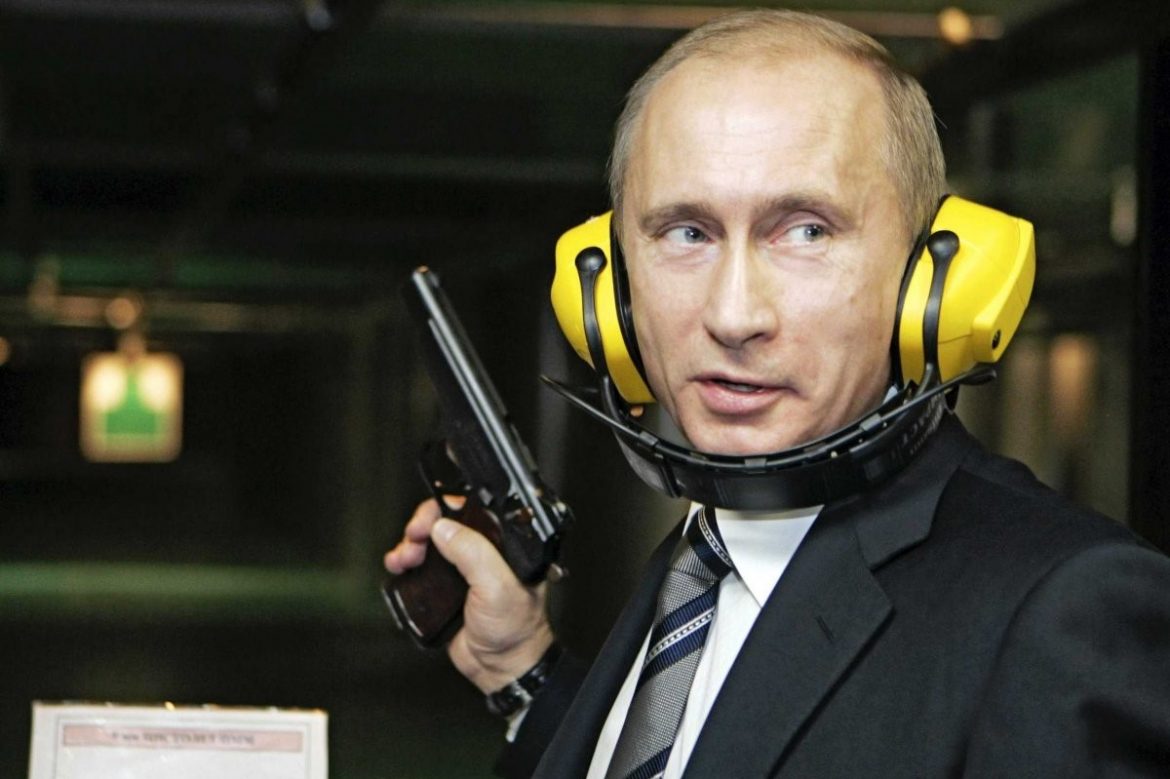 Why the right arms of Russian leaders swing less?

A study by an international group of neurologists provides an interesting explanation to the curious walking style of Russian President Vladimir Putin and other high ranking government and military officials at which the right arm swings less than the left.

In the study published on the open access Website of the British Medical Journal (BMJ), researchers probed possible health problems which could lie at the  root of this style which they dubbed “gunslinger gait” because it resembles the one common to the heroes of  the Wild West movies.

Since the asymmetric reduced swing of the dominant arm is one of the earliest signs of Parkinson’s disease, researchers first dwelled on this possibility.  But as it was unlikely that the Russian leader and the top figures of the political-military elite could display the symptoms of the disease all at the same time, this possibility was ruled out. The alternative possibility of problems at the shoulder joint or muscles was also discarded in view of Putin’s reputation as a black-belt judo expert (which, from time to time he shows off in front of reporters), a perfect swimmer, and a workout enthusiast who handles weights.

The researchers arrived at the likely cause when they checked a KGB training manual, considering that Putin had a long career and had risen to senior posts at the Soviet secret service.

In the manual, agents were instructed to hold their guns at their right hands or keep them on their chests. The necessity of keeping the right arm always close to the chest to speedily grab the gun in case of  emergency  was stressed in the manual, which also advised the operatives to hold the left side of the body slightly ahead when walking against danger.

Pointing out that besides Putin, Ivanov, too had KGB roots while Sidorov was a high-ranking commander in the Russian Army and Serdyukov had a year of military service, researchers conclude that this style of gait could be attributed to habits acquired from training courses for intelligence or military service.

The only person displaying the same gait but does not fit the explanation is Prime Minister Medvedev, whom the researchers think could have been influenced by his advisers “to act like Putin”, “ to walk like Putin” and “dress like Putin”.  Noting that Medvedev also wears his watch on his right wrist, and that same gait and behavior  were adopted by many other ranking officials, the team ties the trend to the tendency of  “imitating the boss”.