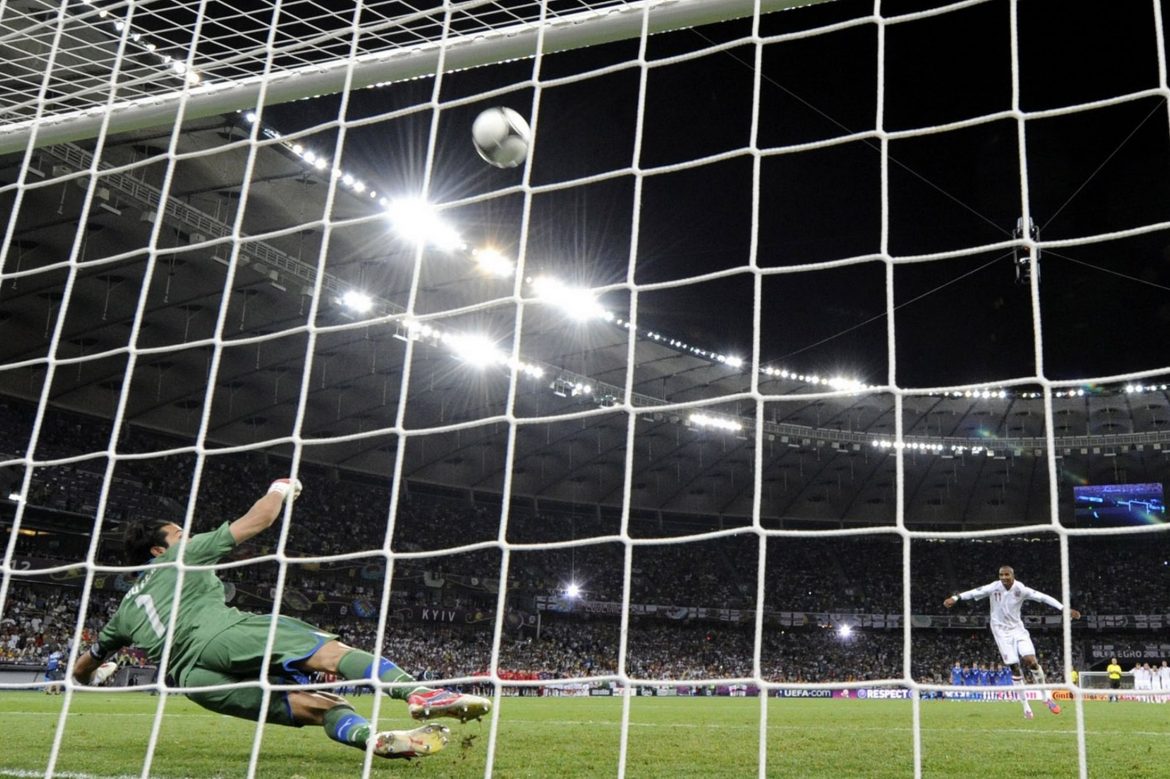 Sadly for some teams it did not come before the latest World Cup, but strikers who will troop  out to the pitches for the approaching Euro Cup and Champions League are well advised to lend an ear to a tip from a Turkish scientist from a prestigious British University: Exploit gambler’s fallacy of the goalie!

Regular time is over. Yet, it is not decided who will qualify for the next round, or who will lift the cup… The two extension periods also failed to break the deadlock…  So the penalty shootout will decide the outcome… The two squads form circles with heads bowed and decide among themselves who will take the penalties… Those not chosen for the task are relieved… All they’ll have to do is lock arms and watch outside the penalty area… Goalies are naturally stressed… But more so are the penalty takers… Leaving aside the blow to their reputation if they miss, the whole blame for the lose will be put on their shoulders… Time for the final preparations… The goalie and striker engage in posturing to test each other’s nerves, to disrupt their concentration… Finally the ref comes forth and places the ball on the penalty point… Breaths are held in the stalls and in front of the TV sets at home… The striker approaches the ball…

For the next instant, Erman Misirlisoy from the University College London Cognitive Neurosciences Institute has words for the goalies, penalty takers and coaches.

For the study published in Current Biology, Misirlisoy and colleagues watched the videos of the penalty shootouts in the World Cup and European Championship tournaments from 1976 to 2012.

What they have found out is that penalties are taken to the right or left side of the goal in random fashion. The dives of the goalies to either side were found to be inconsistent with the direction taken by the ball. This shows that the goalies make up their minds about the side to dive not according to the balls’s trajectory, but according to the decision  they make before the shot is taken, which makes it a decision taken randomly, too.

What is non-random, however, is the propensity of the goalies to dive to the other side for the next shot after the ball is repeatedly shot to one side in the previous kicks.

Misirlisoy ties this to a phenomenon dubbed “gambler’s fallacy”, as seen in coin tossers’ expectations that after a few consecutive heads, the next one is bound to be a tail. As it is, however, the which side of the coin will come up is purely a random event, just as which side of the goal the taken shot will head to.

According to Misirlisoy strategies based on total randomness are the ones most successful in competitive games. The UCL researcher points out that a penalty taker,  sensing that the goalie does not heed this rule and displays signs of gambler’s fallacy, gains the upper hand and aims the ball to the side opposite to the one the gambling goalie dives. He expresses surprise that penalty takers do not exploit this tendency among the goalies.

Study’s senior author Prof. Patrick Haggard has an explanation for why the gamble pays off for the goalies not too infrequently.  For one thing, the penalties are rare events in a game. “But there is a more psychologically interesting possibility: shoot-outs are asymmetric, because one goalkeeper faces several different kickers, one after the other. Kickers are under enormous pressure, focused on the moment of their own kick. Each individual kicker may not pay enough attention to the sequence of preceding kicks to predict what the goalkeeper will do next.”

Misirlisoy thinks, this can be taught. “People can learn to predict: perhaps football coaches could study the gambler’s fallacy, and could train their penalty kickers in preparation for the next World Cup. At the same time, goalkeepers could also learn to be less predictable”