Skip to content
Homepage Fizik How Long Will It Take to Dive Through the Earth? 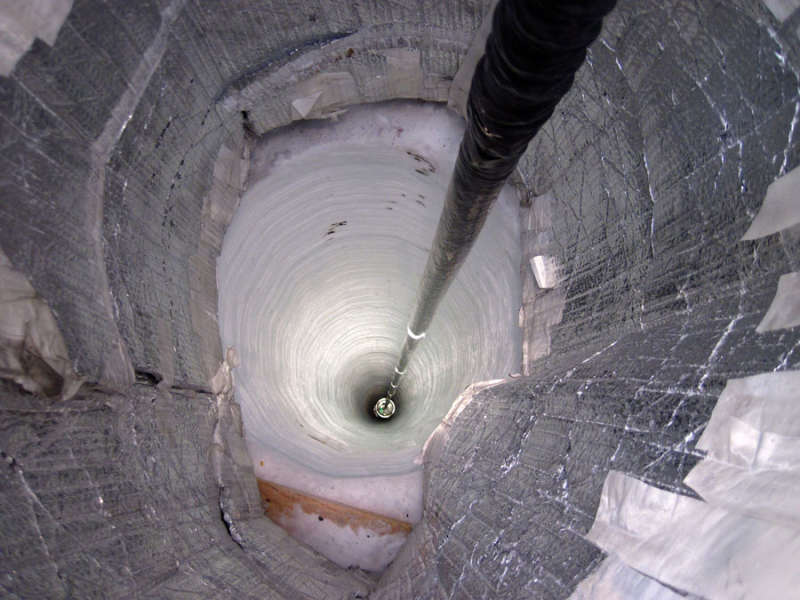 How Long Will It Take to Dive Through the Earth?

All right, you are spared from digging your way through! Let’ say you’ve stumbled on a globe-crossing hole and jumped in.  How long will it take you to pass through the center and emerge on the other side?

It is one of the classic questions students face in Physics 101 classes. Newton’s law of universal gravity, gravitational acceleration, calculations, estimations etc., and the result is 42 minutes 12 seconds (they say.) The problem, however, is based on a simplification.  The Earth is assumed to be of uniform density (5500 kg per cubic meter) like a billiard ball. So, the strength of gravity pulling you to the center changes in line with the distance to there.  For, according to a mathematical model called the “shell theorem” used by students in their calculations, as you descend in the tunnel, amount of mass below your level decreases, while the mass above has no effect on you. Since the force pulling you to the center is proportional to the distance to the center, you go back and forth between one side of the Earth and the other like the weight attached to a spring.

Wondering what would happen if the question was carried to a more realistic platform, Alexander Klotz, a post-graduate student at McGill University in Canada, took into account Earth’s true density which changes in its layers from the crust to the center of the core. According to a “Preliminary Reference Earth Model” based on seismic data, the density, roughly 1000 kg per cubic meter on the surface, increases with depth, and after a sudden jump at a depth of 3500 km, reaches 13.000 kg per cubic meter at the center 6371 km down.

The result found by Klotz using these data looks encouraging for our dauntless adrenalin addicts: The new time of passage is 38 minutes and 11 seconds, making it 4 minutes shorter than a fall through a uniform Earth.