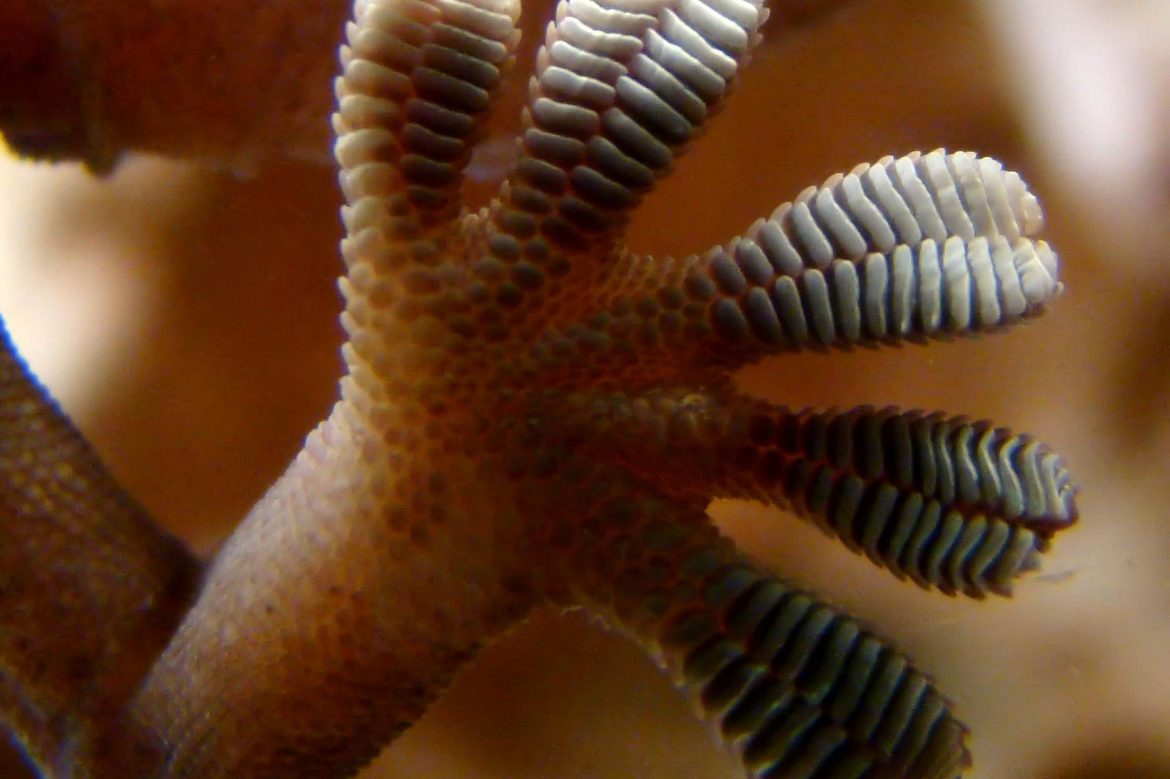 Scientists have at last got to the bottom of the gravity-defying ceiling- walking ability of Geckos, also found in Turkey’s Mediterranean coast where they are known as “flat fingered lizard”, or alternately ─ because of their unflattering (and unfounded) reputation of being poisonous and prone to dropping from the ceiling into the stew boiling below for the wedding feast with results best forgotten ─ as  “village zappers”: They can effortlessly turn on and off a force acting between molecules.

After vainly sought for millennia, the underlying mechanism for the puzzling skill ofwalking upside down displayed by  geckos along with some spiders and insects could be finally identified in 2000, as the van der Waals force, one of the weak intermolecular forces.

Yes, but if this force makes the molecules stick together, how then, these animals, especially the geckos which are much heavier than insects, are able to detach their feet from the ceiling and take steps?

According to the findings of researchers from the Oregon State University published in the Journal of Applied Physics, besides the ability to thus make their feet stick and unstick, what makes the geckos skillful acrobats is an array of flexible, branching microscopic hairs called seta, covering their toes.

Turning this force on and off almost without any expenditure of energy, supplemented by the flexibility of millions of hairs making contact and at every angle with flat or rough surfaces enable geckos to sprint to catch prey or save their skins from predators.

And, thanks to this “smart adhesion system” enabling millions of contact points to stick and unstick to the surface in coordinated fashion, they can cover 20 body lengths in a second. And when hanging from the ceiling, the van der Waals forces provided by the seta support 50 times the body weight of a gecko.