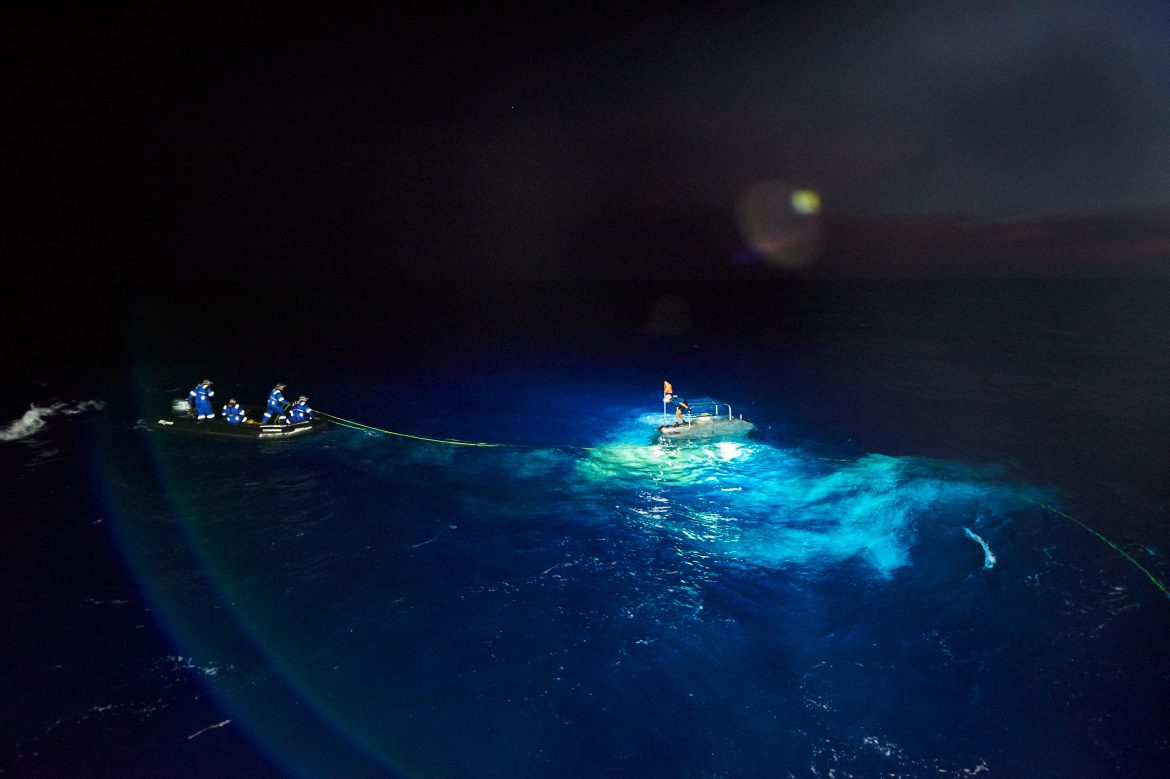 The Deepest Place of the Planet Greets Once Again

Mariana Trench is the deepest place of the oceans, which cover three quarters of the Earth. Based on years of research, its deepest point is currently estimated to be 11,034 meters below sea level. If you imagine Mount Everest, the Earth’s highest mountain above sea level, inside the Mariana Trench, its summit point remains about two kilometres below the water surface. It is that deep, and therefore, important destination humanity has a deep desire to conquer.

Located in the west of the Pacific Ocean, between Japan and Indonesia, and slightly to the southwest of Guam, the Mariana Trench gets its name from the Mariana Islands, about 200 kilometres away. It is a valley formed at the point where two tectonic plates, the Pacific and the Mariana Plates collide, with a width of 70 km and a length of 2,500 km. The water pressure at its bottom is more than 1,000 times the atmospheric pressure at sea level, almost equal to the pressure 50 jumbo jet passenger aircraft stacked on top of each other would create on a human body. Despite this, it is the host to some organisms.

The number of visits to the Mariana Trench by manned submarines does not exceed the fingers of one hand. The first visit was made in 1960 by a submarine named Trieste, carrying the famous seafarer and engineer Jacques Piccard. The depth he descended to was later determined to be 10,916 meters below sea level. The next visit was in 2012, with the solo dive of a submarine carrying the famous film director James Cameron. Cameron stated that he experienced a very isolated and foreign environment.

Adventurist investor Victor Vescovo made five visits to the bottom of the Mariana Trench in 2019, down to 10,927 meters. The submarine he used, DSV Limiting Factor, had a body made of 9 cm thick titanium and capacity for only two people. It was also equipped with tools that allowed extensive exploration of the ocean floor. The exploration team believes they discovered four new species of crustaceans called amphipods and stated to have encountered various creatures at different depths, from worms to snails.

Besides the new scientific facts the ocean floor environment and organisms will provide, Chinese researchers announced they are also searching for rare minerals and elements with potential economic benefits. Therefore, Chinese official authorities stated that deep sea surveys have opened the doors to the geography of international strategic importance. Of course, China is not the only country interested; countries including Japan and India have already begun to study the ocean floor with similar goals.

Besides all these developments, another fact reflected by the data obtained during dives is rather creepy.

Even for creatures adapted for living in dark, cold, and high pressures, life in the Mariana Trench is not easy because food is very limited. Organic matter sinking to the bottom, especially dead fish, is an important food source for these creatures. But it is also the major culprit of mercury poisoning. Upon examining live specimens from the Mariana and Kermadec Trenches, scientists determined human-induced pollution even at these depths. According to Joel Blum, a researcher from the University of Michigan, although mercury pollution is a global problem, mercury accumulated in the bodies of surface fish can be transported to the deepest parts of the ocean.

Mercury is released into the atmosphere through the activities of power plants, factories, mines, as well as other human practices. When it eventually reaches the sea, marine microorganisms convert mercury into a highly toxic compound called methyl mercury. This compound causes diseases and disorders in the nervous, immune, and digestive systems of animals feeding on marine animals. An example for comparison: While the consumption of seafood containing more than half a particle per million (0.5 ppm) mercury is not recommended, mercury levels of 6 to 30 times that amount has been detected in the tissues of organisms living at depths of 6,000 to 10,000 meters.

Sadly, pollution is not limited to mercury. An eerily rich variety of pollutants have been detected on the ocean floor, ranging from chemicals banned in the 1970s to compounds that are emitted during the testing of nuclear weapons. And of course, there is no escape from plastic here either. Victor Vescovo states that he found plastic bags and candy wraps during his dives into the Marina Trench in 2019.

We may say that descending to such depths of the ocean is harder than going to space. For this reason, each visit to the Mariana Trench can be thought of as a crucial exploration that provides invaluable data. The challenge becomes clear when we consider the very few times it has been visited by manned submarines since its discovery in 1951. We witnessed yet another new adventure on November 10, 2020. Chinese submarine Fendhouze, made a live broadcast to the world at a depth of 10,909 inside the Mariana Trench. The ship, able to carry three people and perform consecutive dives, has ample equipment for obtaining data and also a robotic arm for collecting samples. With technology advanced to this level, we may only hope for opening doors to bigger and more important discoveries.