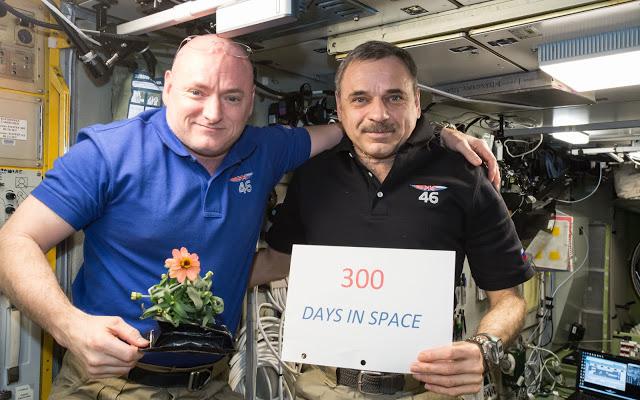 Year in Space “Another Baby Step” towards Mars

Back on Earth after spending 340 days on the International Space Station (ISS) together with his Russian colleague Mikhail Kornienko, American astronaut Scott Kelly announced plans to shortly leave civil service, “but will be still working with NASA as a human research test subject”.

In a video interview published by NASA on March 27, Kelly, who returned to Russia – where he had spent more than a decade for training on the co-handling of Russian spacecraft ferrying astronauts to the ISS after the grounding of the US shuttle fleet – “for a reunion with fellow crew members” after a busy schedule of debriefs at home, said NASA would be collecting data from him and his twin brother Mark, a fellow astronaut who had retired earlier.

Asked how he thought the arduous year on ISS would contribute to the realization of a manned mission to Mars, Kelly replied it was yet another incremental step towards that goal.

“Going to Mars is a bunch of baby steps. It started off with first man in space, Yuri Gagarin, and this is another one of those steps.

“In future, all of these small steps will lead to people putting their feet on Mars in the name of science, exploration and discovery and I am proud of being a small part of it.”

NASA which seeks to put humans on Mars in the 2030s will compare the data on the effects of long duration exposure to microgravity and space environment on Scott Kelly with the data from his brother Mark who stayed on the ground, to deepen the insight into the changes such exposure causes at genetic, cellular and molecular levels on body systems, cognition and psychologies of astronauts with a view to developing remedies.

The effects which top the list are muscle loss, reduced bone density, anatomical changes to the eyes which lead to visual problems due to the tendency of body fluids to accumulate in the upper parts of the body due to the lack of gravity.

With the 340 days they spent on ISS, Kelly and Kornienko took the fourth place in the rankings of the longest stays in the microgravity of space. Russian cosmonaut Valery Polyakov who has spent 437 days on board the Russian space station MIR in 1994-1995 is the current holder of the space marathon record. Among women astronauts, the record is held by Italian citizen Samantha Cristoforetti who spent 199 days and 16 hours aboard the ISS.