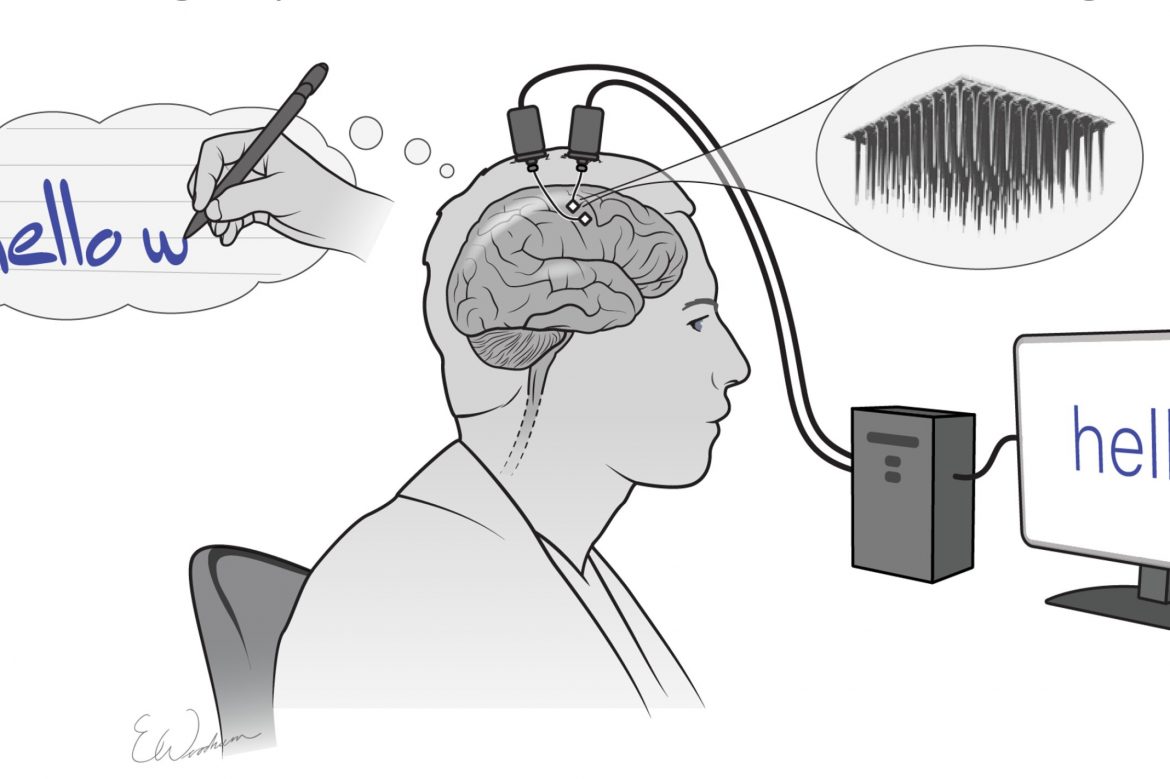 In recent years, we have started to hear the name “brain-computer interfaces (BCI)” quite frequently. The technology relies on the potential to control machines with brain signals, and it has yielded spectacular developments in recent years. It is also a hot topic of discussions on the popular science agenda, especially with the work of Neuralink, a company founded by Elon Musk and his partners. While several scenarios -ranging from science to fiction- create excitement, some researchers working in this field are achieving tangible results that may make our lives easier. One of these is a new BCI approach enabling people with physical disabilities to write with the power of thought. Although the idea is not fundamentally new, researchers from Stanford University have focused on handwriting, an untested method, opening the door to fast-paced communication technology for people with disabilities.

While performing various physical tasks such as walking and writing, the human brain sends signals through the nervous system to the relevant part of the body. When a person loses the freedom of movement due to an illness or accident, neural activity in the brain remains unchanged, despite the inability to perform certain physical tasks. In other words, the brain still works to send the same signals to the body, but these signals cannot reach the muscles due to neural damage. By mapping parts of the brain where neural activities that enable various physical tasks take place, researchers working on BCI are exploring ways to transmit these signals directly to machines, thus performing these physical tasks with “mental power.”

Two small sensor chips the size of a small pill were inserted into the brain of a patient with paralysis from the neck down, and the patient was asked to “imagine” that he was writing on paper with a pen. A computer algorithm specially created for this process was able to identify the neural activities that occur in the brain for individual letters. The computer was, therefore, able to communicate with the 65-year-old patient, as he imagined he was handwriting, at a speed of 90 characters per minute, with a success rate of over 90%. This speed is roughly equivalent to the speed at which a healthy person in the same age group can text with a smartphone. Previous studies aimed to write by selecting the letters on a screen one by one (point and click) via BMI and the maximum speed that could be achieved was 40 characters per minute.

This experiment was carried out as part of the final-stage clinical testing of a system called BrainGate, led by Dr. Leigh Hochberg of Brown University. The BMI technology used was developed by a team led by Frank Willett working at Stanford University and Howard Hughes Medical Institute. “We want to find new ways of letting people communicate faster,” says Willett. Considering the amount of time people now spend in front of computers, technologies like this are important steps towards enabling people with physical disabilities to interact with computers again.

In the later stages of the research, scientists will investigate whether this handwriting-focused BMI technology can be combined with the point-and-click approach to achieve even faster results. In fact, the researchers aim to connect the system to specific areas of the brain that are involved in speech, enabling a patient who imagines that he is speaking to communicate verbally without speaking. They recently announced that they would like to work with a patient who lost the ability of both movement and speech due to amyotrophic lateral sclerosis (ALS).