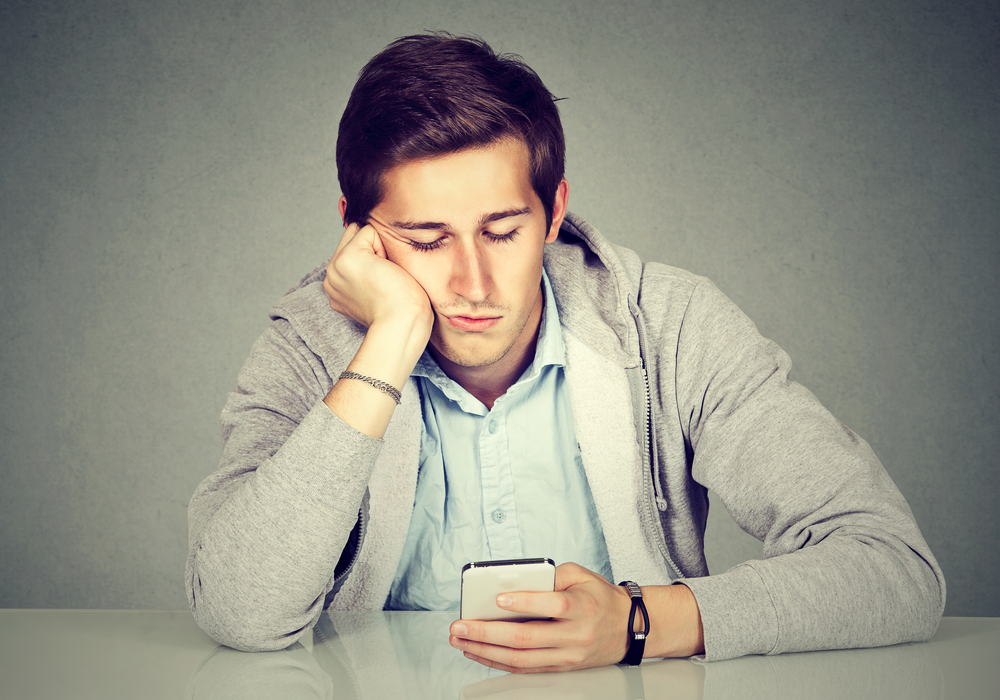 Let’s admit it, work gets boring sometimes. Whether you are a college student or a seasoned entrepreneur, work fatigue will strike you at some point during the day. Plus, if you are like most people, you probably turn to your smartphone for relief when you feel unmotivated and uninspired at work.

However, a recent study that was published in Royal Society Open Science might make you question whether screen time is the cure to your boredom. In their study, Dr. Madelon van Hooff and colleagues from Radboud University challenge the notion that scrolling through social media reduces stress associated with boredom and fatigue.

To get a closer look at the relationship between smartphone usage, fatigue and boredom, the researchers collected data from 83 Ph.D. candidates who work at Radboud University. The study volunteers worked for approximately 38 hours per week.

For about 18 months, the Ph.D. candidates participating in the study answered multiple questionnaires assessing fatigue, boredom and fear of missing out (FOMO). The study participants also had an app on their phones that tracked daily phone usage.

On the other hand, the results also indicated an increase in boredom and fatigue after phone usage. According to the researchers, this could be due to two reasons: mental fatigue due to task-switching and spending too little time on smartphones to actually make a difference in levels of boredom. The researchers also note that people might need to spend at least 2 minutes on their smartphones – for leisure – to experience a decrease in fatigue.

Although the results indicate a small effect size of smartphone usage on boredom and fatigue, they are intriguing nonetheless. Dr. van Hooff and colleagues caution against using smartphones to take a micro-break from work as it does not seem to do much good in terms of increasing motivation. However, further research is needed to further explore the interplay between boredom and smartphone use.