Skip to content
Homepage astronomy Towards a Crystal Sun 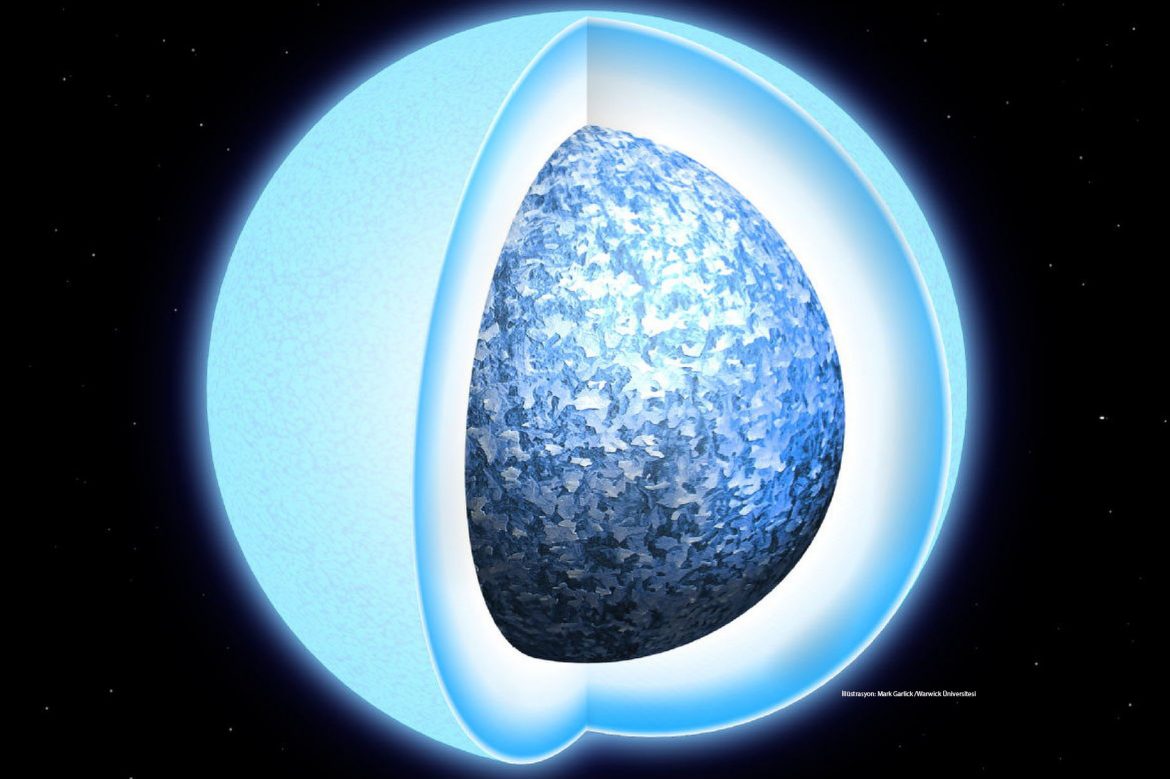 Towards a Crystal Sun

We now have evidence that our Sun will transform into a giant crystal at the end of its life.

All the Sun-like stars are known to become white dwarfs at the end of their lives. These remnants of stars are amongst the oldest known stellar objects in the universe. They are also very important for astronomers because they provide information about the age of a group of neighboring cosmic formations.

Sun-like stars turn most of their hydrogen fuels into helium. After completing their red giant phase, they scatter most of their matter composition to space as a supernova and complete their life cycles as a white dwarf about the size of the Earth. The core of these stars are rich in carbon and oxygen, and scientists were already estimating that they would solidify at some point under high pressure and become crystallised.

The research led by Dr. Pier-Emmanuel Tremblay analysed about 15,000 white dwarf candidates within 300 light years around the Earth. Researchers identified a high number of stars displaying specific colours and luminosities that do not correspond to any single mass or age, which was evidence for their crystallisation.

Tremblay said, “This is the first direct evidence that white dwarfs crystallise, or transition from liquid to solid. It was predicted fifty years ago that we should observe a pile-up in the number of white dwarfs at certain luminosities and colours due to crystallisation and only now this has been observed.

“All white dwarfs will crystallise at some point in their evolution, although more massive white dwarfs go through the process sooner. This means that billions of white dwarfs in our galaxy have already completed the process and are essentially crystal spheres in the sky. The Sun itself will become a crystal white dwarf in about 10 billion years.”