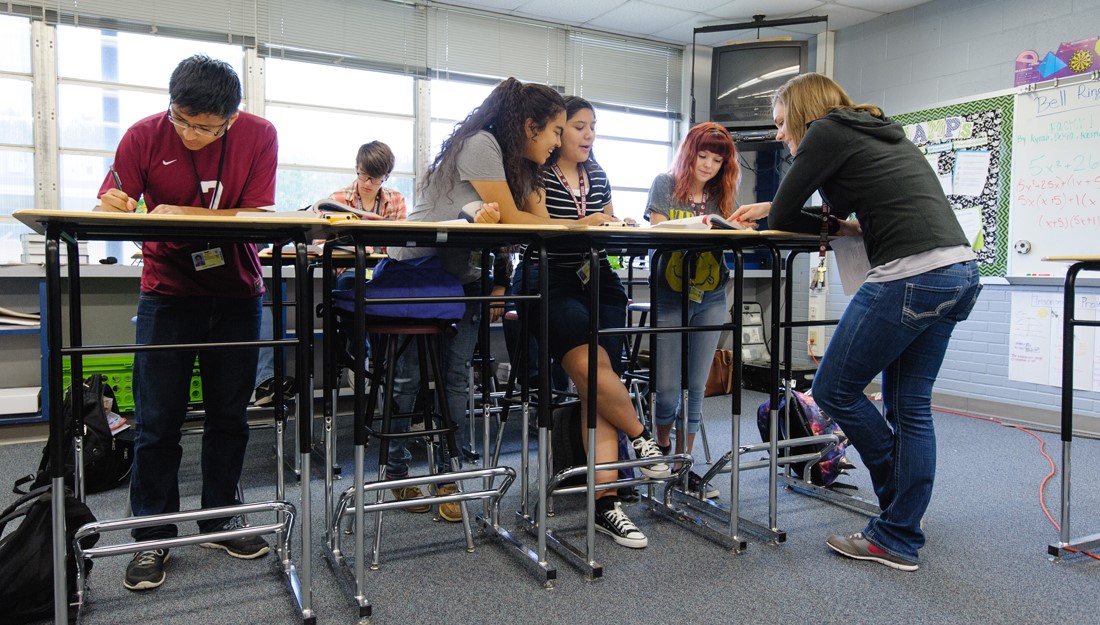 Students are well advised to study for their exams on their feet. For, the use of desks which provide options for working seated or standing in classrooms enhance the cognitive abilities of students according to a study conducted by researchers at the Texas A&M University.

In the study led by Dr. Ranjana Mehta and published in the International Journal of Environmental Research and Public Health, high school freshmen who chose to stand were tested twice, once at the beginning of the school term and once at its end.

In four separate computerized   tests, students’ executive functions were measured. These are defined as a person’s ability to process thoughts and ability to learn new information and involve vital cognitive tasks as language and reading abilities, perception, memory formation and information management, reasoning and problem solving. They are related to abilities affecting academic success like effective management of time, memorizing facts, understanding them, solving multi-step problems and organising thoughts into writing.

Since these tasks are managed at the frontal lobe of the brain, a portable brain imaging device was connected to students’ foreheads and changes in their brains were monitored with biosensors as they took tests.

Mehta reports that test results show significant improvements in cognitive functions and working memory capacities as a result of continuous use of standing desks.

Pointing out that results were in conformity with those of earlier studies which found associations between the exertion of extra energy through the use of standing desks and increased attention and positive behavior, Mehta and his team say their next target is comparing the neurocognitive advantages these desks provide with the benefits of school exercise programs.