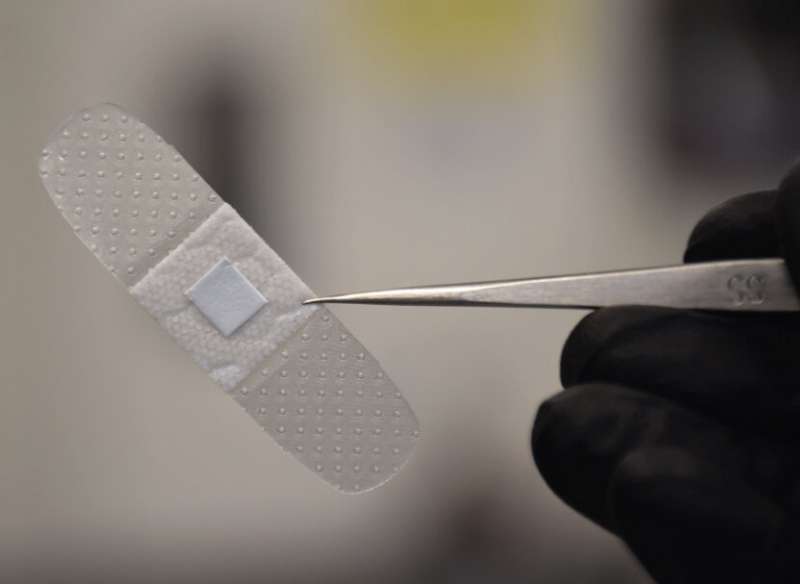 Wearable technology has recently been subjected to interesting trials, especially in the field of medicine. Sensors that can perceive changes in the body and turn these into data, particularly attract a lot of attention in the health sector. Such technologies are thought to have great potential for both the follow-up of chronic diseases and their early diagnosis. Researchers from the University of Rhode Island added a new entry to this list of developments: bandages that are able to detect if there is an infection in the wound.

According to researchers, the carbon nanotubes on the bandages that they developed can detect hydrogen peroxide levels produced by the white blood cells when they encounter infection-causing bacteria. Thus, the wound being treated can be monitored to assess id it’s healing or not.

By placing carbon nanotubes into microfibers, Professor Daniel Roxbury and his team managed to fix the nanotubes without any loss of sensitivity to their environment. A small wearable device will monitor the responses of this smart bandage, and transmit the data to another device such as a mobile phone. This will alert the patient or the doctor in case of a threat of infection. All these are possible thanks to the advances in wireless technologies.

The researchers anticipate that although the device will only be used for diagnostic purposes, for the time being, it may have further benefits as it can detect infections early. These include reducing the use of antibiotics, and even preventing serious interventions such as amputations. They also believe that the technology can provide considerable convenience especially for diabetic patients who have to deal with chronic wounds.

At this point, experiments are conducted with small bandage samples only, but the researchers report that the technology is fairly easy to scale up. According to Roxbury, “This technology will be most useful in large bandages. Larger bandages can be more of a nuisance to remove and reapply, but our device won’t need to be removed to enable detection.”

There are other studies on developing smart bandages. Chinese scientists state that they have achieved successful results in testing bandages on mice that can detect bacteria growing in wounds, change colour, and even release antibiotics. Moreover, they claim that when pathogens have also succeeded in managing the release of special compounds to strengthen the effects of antibiotics in cases where antibiotic-resistant bacteria are detected. With this method, they add, that they significantly accelerated the healing process of wounds in mice.