Skip to content
Homepage astronomy A Closer Look at the Sun 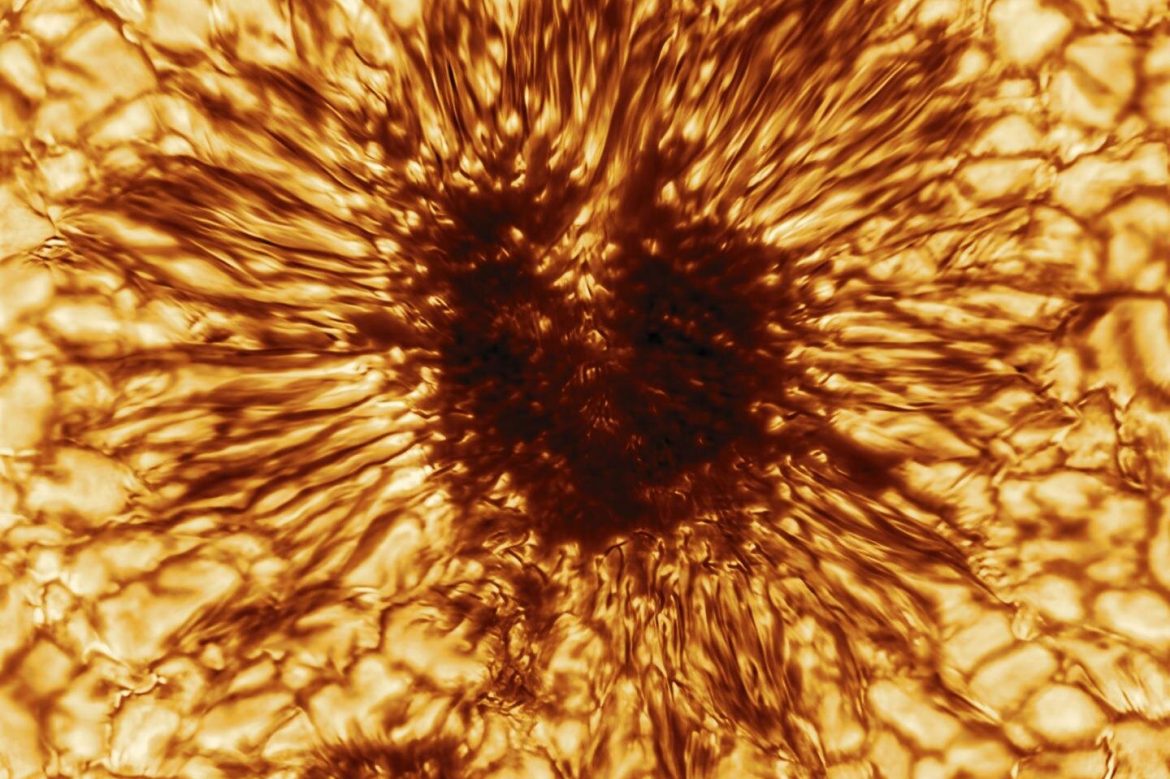 A Closer Look at the Sun

The Daniel K. Inouye Solar Telescope of the US National Science Foundation, the world’s largest solar observatory, has released its first image of a sunspot. The telescope is still in its final stages of completion, but the image is an indicator of how the telescope’s advanced optics will provide us the best view during the next solar cycle.

The telescope provides enough spatial resolution and sensitivity to allow astronomers to unravel many mysteries the Sun has to offer, including the source of solar magnetism, the mechanisms of coronal warming, and sources of phenomena including the solar wind, flares, and coronal mass ejections.

The telescope’s state-of-the-art “adaptive optics” system provides better resolution despite the blurring effect of the Earth’s atmosphere. With its 4-metre mirror, it can also resolve features as small as 30 kilometres across the Sun. Achieving this unprecedented resolution is critical for the ability to observe small-scale solar magnetic fields.

The new sunspot image has about five times better resolution than the previously obtained images, revealing striking structural details of the sunspot. The striped appearance is due to the hot solar plasma rising, cooling off on the surface, and sinking back. It is also possible to see tiny bright spots, markers of intense magnetic fields, in the dark striped areas.

The intensity of these magnetic fields prevents the heat in the Sun’s core from reaching the surface. Although the dark areas of a sunspot are colder than the areas around the Sun, they are still extremely hot, at more than 4,000°C.

Although this spot, about 16,000 kilometres wide, appears as a tiny speck on the surface of the Sun, it is large enough to comfortably fit in one Earth.

The sun reached its solar minimum in December 2019, the period when the least number of sunspots can be observed during the 11-year solar cycle. This sunspot was one of the first in the new solar cycle. Maximum solar activity for the current solar cycle is predicted to occur in mid-2025.

NSF’s Inouye Solar Telescope is located on the island of Maui in Hawaii. Its construction began in 2013 and it is planned to be completed in 2021. The telescope will be used for making important observations in the new solar cycle.