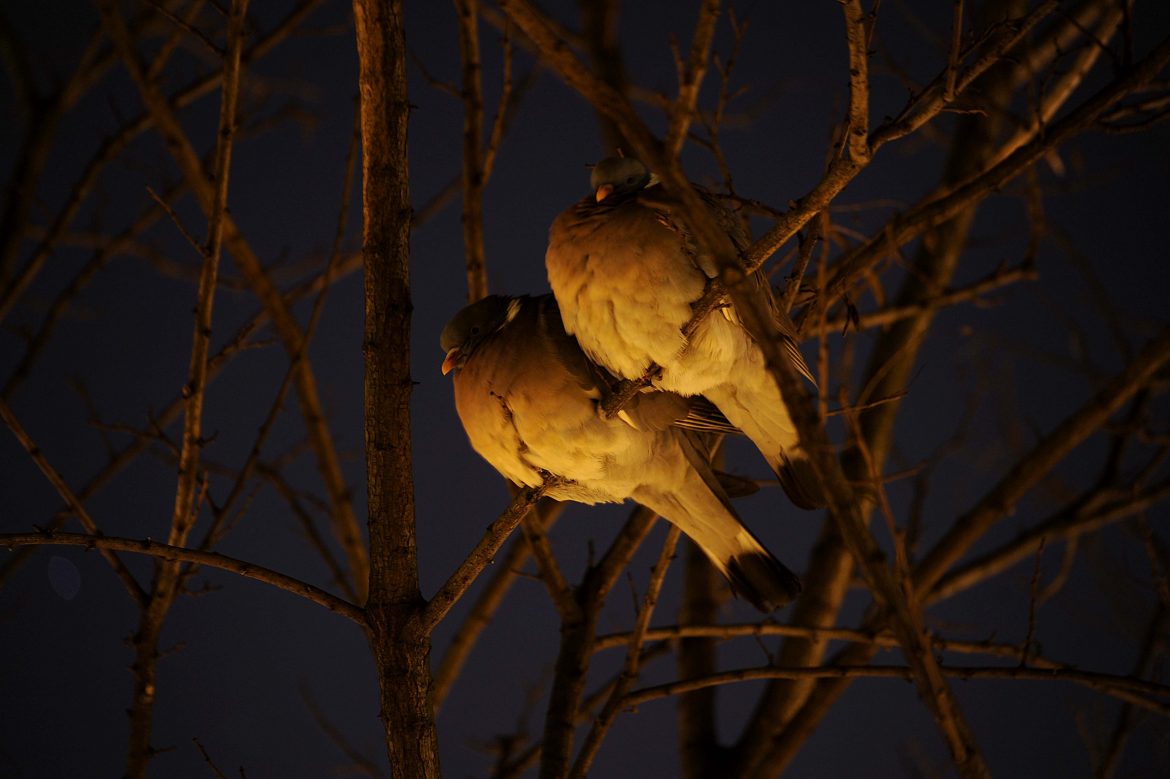 The Impact of Night Lights on Birds

Environmental pollution often brings to mind large piles containing litter, plastics, and other waste. However, two more very different pollution types severely damage natural ecosystems: light and sound pollution. These are important factors interfering with and disturbing wildlife in unexpected ways. Thanks to the NestWatch program carried out by the Cornell Lab of Ornithology, scientists obtained and examined data from 58,000 nests belonging to 142 bird species were obtained between 2000 and 2014.

This extensive study covering the entire US indicates that the feeding and breeding cycles of birds are beginning to change due to light pollution. The interesting part is that the seasons shifting forward due to global warming coincide with this change, providing an advantage to birds exposed to light pollution. Of course, scientists perceive this only as a short-term advantage, and predicting its long-term effects is not easy at the moment.

Birds adjust their breeding seasons by following the pattern of nights getting shorter and the day hours getting longer during the spring months. The research, published in Nature, reports that birds living in or near residential areas where nights are not as dark as they used to be, begin laying eggs a month earlier than normal in open areas and about 18 days earlier in forested areas. The paper also explains that this time difference is directly proportional to their night vision skills. The better a bird sees at night, the earlier it pulls its mating season.

Chicks hatching before the arrival of spring months when food supply is high is bad news for birds whose populations are already in decline, because parent birds cannot gather enough food for their offspring. However, surprisingly, the researchers have been observing an increase in the breeding rate of species that are more exposed to light pollution. They attribute this trend to the seasonal shift caused by global warming, that is, the spring arriving earlier. While this may seem like good news, for now, it’s actually quite dangerous in terms of ecosystem health, which depends on very delicate interactions. According to Clinton Francis of California Polytechnic State University, we need to look at these creatures and their ecosystems from a broader perspective. Light pollution disrupts the hormonal and sleep patterns of both birds and other species, affects the migratory birds’ ability to navigate, and leads to a decline in the insect populations that birds prey upon.

Besides light pollution, sound pollution arising from human-induced noise also affects the breeding cycles of birds. Land and air traffic, namely the low-frequency sounds emitted by highways and airplanes, mask the low-frequency mating calls of male birds. This reflects itself with a delay in females becoming ready for mating and thus causing a decrease in egg numbers by up to 12%. It has been determined that sound pollution affects birds living in forests more than those living around fields or in other open spaces.

Global light emissions increase by about 2% every year, and artificial lights are visible from almost 300 kilometres away, even in some national parks. This impacts all living things. Bird populations in North America have declined by 29% since the 1970s, and the main culprits are thought to be light and sound pollution, besides a number of other factors. Scientists agree that we need to take steps to prevent this pollution, both as individuals and as administrations.