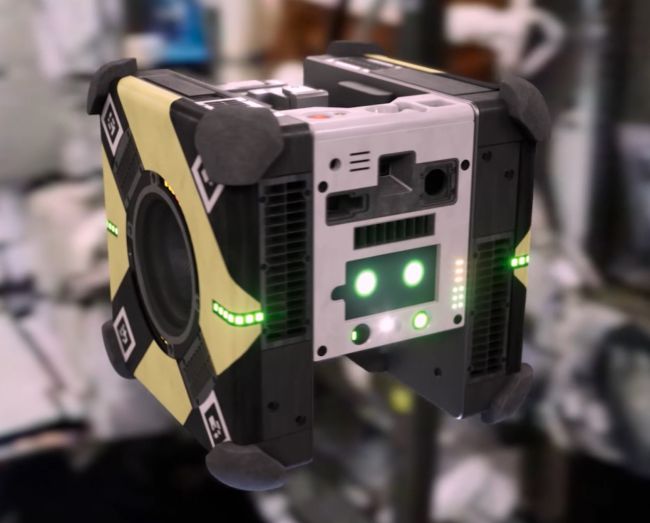 The Cygnus spacecraft that docked on the International Space Station (ISS) on April 19 had two special passengers among the cargo it carried. Two small robots named Honey and Bumble joined the space station team and started their mission.

These mission robots, called the “Astrobees” (space bees), are the kind of helpers you would see in science fiction movies. The 30 cm3-sized small robots that are able to fly on their own will be busy with tasks such as keeping inventory, recording astronauts and experiments, and conducting their own research projects.

The cube-shaped robots will use electric fans to move inside the space station’s microgravity environment; they also have six cameras each in order to create a three-dimensional map of the ISS, and to detect their surroundings as they navigate. The ground control will also steer and command the bees, and use them as their eyes and ears in experiments, saving the astronauts from being cameraman instead of dealing with their more important duties. Although not extremely skillful, astrobees do have simple hands to hold and move certain equipment.

The first mission of astrobees is to record every object in the space station labeled with an RFID (radio frequency identification) chip by using the scanners they are equipped with, thus relieving astronauts about the objects getting lost in the chaotic environment of the space station.

Another important entry in their subsequent duties list is to listen to the sound of mechanisms operating in the space station and to analyse them through automatic learning. The purpose of this project called SoundSee (seeing through voice) is to make sure that the machines in the station are working at full efficiency, solely by listening to and analysing the sounds. In future spaceships, robots like Astrobees can be used to monitor and listen to the spacecraft’s systems against problems and to control these systems even in the absence of astronauts.

In addition to these tasks, Astrobee robots will provide researchers more insight into how astronauts and robots can work together in space.