Skip to content
Homepage Elif Yılmaz Technology on Our Fingertips 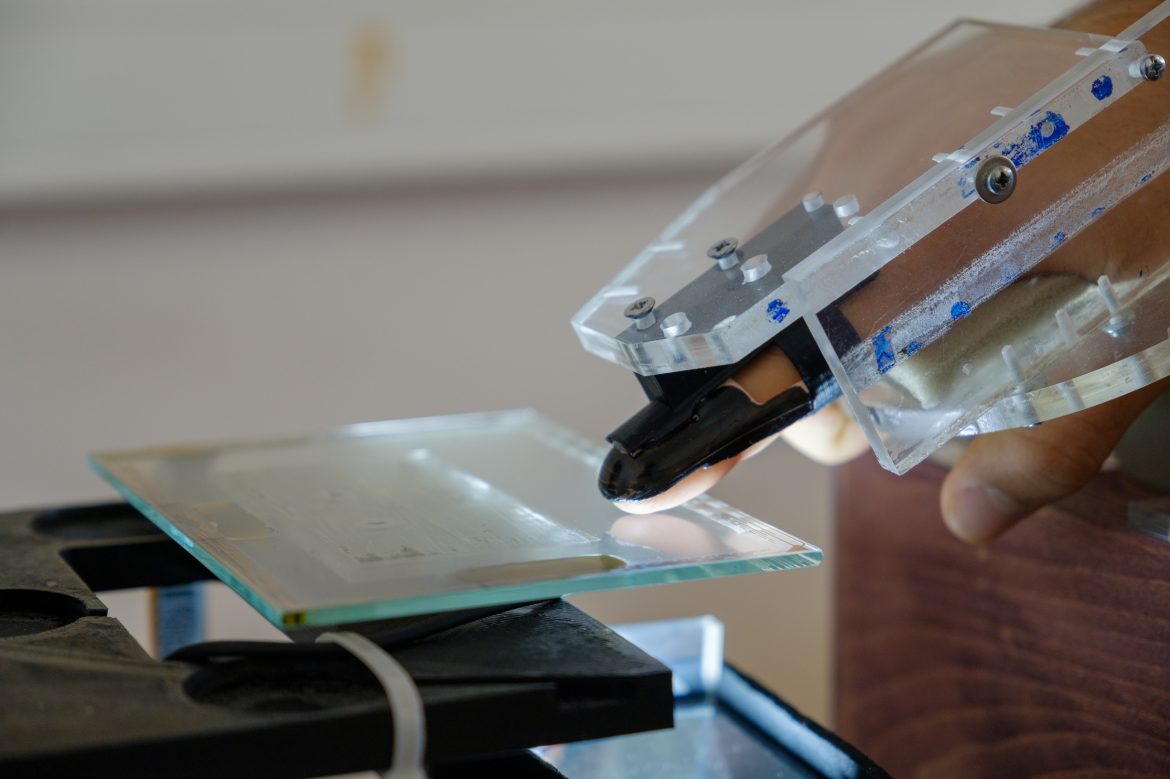 Technology on Our Fingertips

Just a few years ago, “haptics” (interaction by touching) was a subject studied in only a few labs around the world. As it became more widely used in touch screens and in the automotive industry, the number of researchers heading towards this field also grew larger, naturally. There is much attention on surface haptics in particular. The main objective in this area is to provide tactile feedback to the user through frequently used touch screens in mobile devices, tablets, and kiosks. 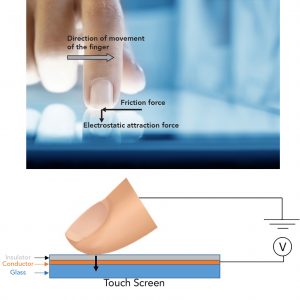 Prof. Çağatay Başdoğan of Koç University Mechanical Engineering Department, and Director of Mechatronics and Robotics Laboratory, leads one of the locomotive research groups in this field with the important studies of his team. Recently, an article of the team was published in PNAS (Proceedings of the National Academy of Sciences), one of the most prestigious scientific journals. Before explaining the new model that Başdoğan and his team put forward in this article, let’s try to briefly explain what surface haptics is.

In the field of surface haptics, which we can define as feedback through touch screens, three different methods are currently being studied. The first of these is something we are already familiar with, from our mobile phones: vibrotactile haptic feedback. In fact, all it does is giving you a sense of “validation” that you’ve pressed or touched something (for example, the small vibrations you feel while texting on your phone or calling a number), but it’s quite beneficial in terms of usage. Although it is not yet possible to concentrate this vibration at a single point, it is possible to vibrate the entire screen with vibration motors sold for 1 USD at the moment. In the future, when multiple vibration motors will be used, you will be able to “feel” the identity of caller without removing the phone from your pocket, depending on the direction, duration or timing of the vibration.

Another method is ultrasonic vibrational technology, which is currently being studied in research laboratories and is not yet commercially available. Here, we’re talking the vibration of phone surface with more than 20,000 oscillations per second, which means that the sound of vibration is not heard by the user. Of course, the deal is not the silence, it is possible to change the friction on the surface with the help of the air pressure it creates. At that point, we are shifting to thinner “piezo film” technology that is more sophisticated than cheap vibration motors. These films are attached to the glass surface of the mobile device. When a fluctuating voltage is applied at a certain frequency, the films periodically expand and contract at the same frequency, creating a vibration on the phone’s surface. As a result of these vibrations, an air cushion is formed between the fingertip and the surface, decreasing the friction. In fact, a similar principle is used in the air hockey game tables, where the air is blown through the holes on the table’s surface reduces the friction between the puck and the surface, allowing the puck to easily slide when hit). Of course, it doesn’t happen as easily as it sounds; a high voltage is required to create this effect, and a high voltage requires power. The equivalent of this in your “mobile phone” dictionary is the fast depletion of your battery, or in other words, your charge. Haptic technology, or longer battery life? For now, the winner seems to be the battery! And that is exactly the challenge that researchers trying to provide tactile feedback via ultrasonic vibration need to overcome.

The residents of Koç University’s Mechatronics and Robotics Laboratory discuss the haptic projects Prof Başdoğan, the Laboratory Director, and they are aware of the great opportunity to develop new ideas without missing the train. Do not be mistaken as we are trying to simplify what’s going on, but the physics of this subject is not yet fully understood, and this is what Dr. Başdoğan and his team are investigating. In their PNAS article, they explain the reasons why we don’t feel anything when we touch a surface with our finger but do feel friction when we move our finger on the surface. Their starting point is, “Something must be changing so that we perceive it as friction”. Dr. Başdoğan and his team joined forces with Dr. Bo Persson, who is a world-renowned expert in the field of friction and is carrying out his studies in Germany’s Peter Grünberg Institute. The subject they focused on is the “actual” contact area of ​​the finger. Since a real contact means a nano-scaled adhesion, our finger can easily separate from the surface in the normal direction while it moves but faces a greater force in the direction of friction. This is due to an increase in adhesion and pulls effects by the changing air gap between the surface and the finger during finger movement. This reflects the user as a change in the friction force. What makes the work of Başdoğan and his team out of the ordinary is that they have demonstrated the effect of the finger’s real contact area to the physics of the event.

Some of us really enjoy online shopping and some merely prefer it to compensate for the lack of time, but we do it in any case. However, most of the time, we have no other choice but to believe that what we see on the screen is real and to visualize what it’s like. So, how would feel if we told you that you may be able to feel the fabric and texture of that jacket you loved, just by touching the screen? With the technology developed by Başdoğan and his team, it is now possible to project the feel of rough, rugged texture on a mobile device’s screen. Another very useful field of application is tactile interfaces for the visually impaired. For example, thanks to the different friction sensations created for different bars of a bar graph, it will be possible to read and understand the graph without actually touching it.

Touch screens can make life easier in many aspects, but there is one thing they can’t run rings around phones with keys: writing a message or calling a number without looking at the phone. Here, again, we are likely to overcome the challenge with the help of varying friction areas created on the screen. Similarly, a person using will need to touch a screen on the front panel to make an adjustment (the air conditioner, for example), but it is not possible to do this without looking at the screen. However, thanks to the haptics technology, this will be possible and will not require taking your eyes off the road. One assertive suit of this technology is, as in the car panel example, is the enhancing effect it will bring to the “distraction” unintentionally brought by other technologies.

And of course, we should not skip the very exuberant field of the gaming. Who wouldn’t want to have a different tactile effect on each of the fruits you frantically chop in the air, or to make a more impressive throw with the help of friction as you pull the slingshot?

Education, again, will be one of the most demanding areas for this technology; leave everything aside, the students will be able to experience the friction force on the screen first-hand as they learn about it.

As much as touching is part of our everyday lives, it will also be a part of the technologies we use. The brand to first add tactile features to the visual and auditory features abundantly used by the world of technology will probably win the race. That is if the problems of voltage and multi-touch are solved… But the times have changed, scientists no longer wait for an entrepreneur to walk through their door, appreciating the true value of the invention they have made in dark and isolated labs like it was in the 19th or 20th century. All users are aware of each other: scientists, producers, and consumers… Therefore, both creating and meeting the demand require fast interaction and action for production.

Although haptics is currently being studied in a small number of laboratories, the number of researchers and companies that are attracted to this area keeps increasing. Maybe it will be in our pocket soon or wave at us through the screen.