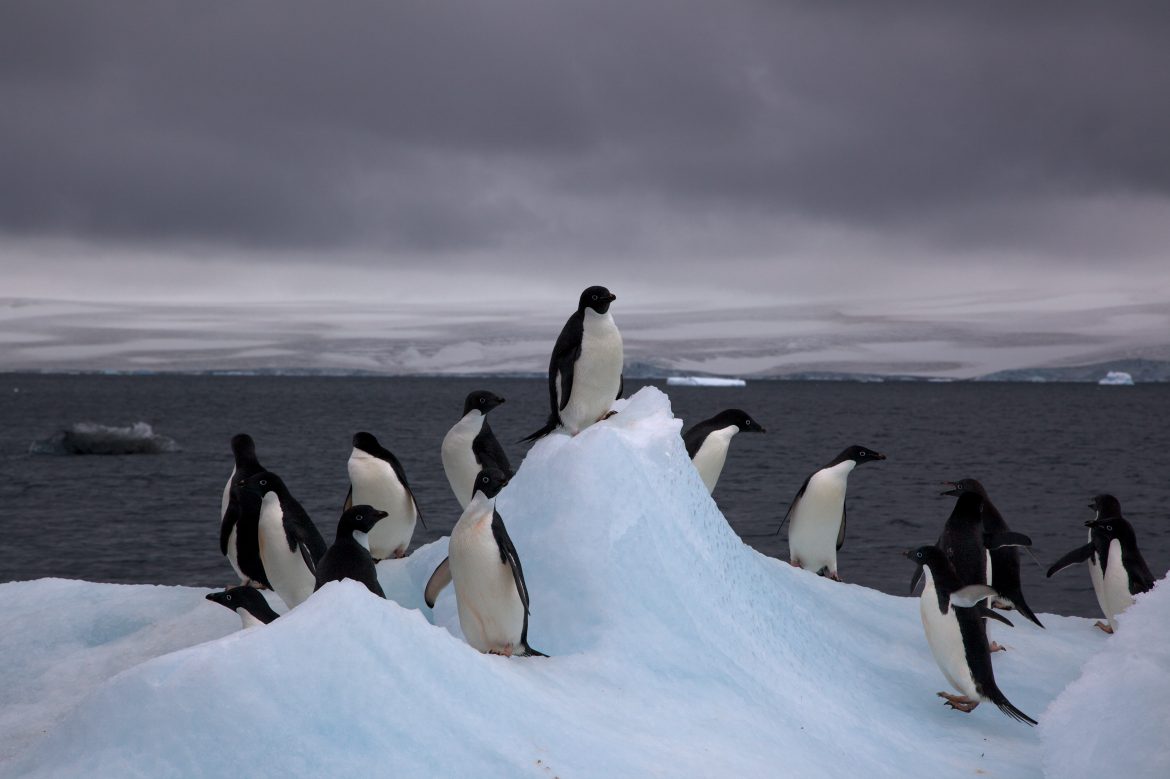 The Antarctic offers pretty rough conditions for life, where 98% of the surface is covered with ice at an average thickness of 1.9 km. The Antarctic is known as the coldest and most barren region on the planet, and it is certainly among the lands that host the least creatures. Nonetheless, for some ecosystems that brave and endure the harsh conditions of the South Pole, there is quite an unexpected resource that

makes life possible: the poop from penguins and seals living on the continent!

The harsh conditions of Antarctica do not make things any easier for researchers going to the region either. Studies on biodiversity are very limited, and capturing clues requires a certain amount of creativity. Researchers with that creativity followed trace amounts of nitrogen available and discovered rich bodies of moss and lichen that support microscopic organisms such as mites and springtails. Along the way to their success, they had to measure gaseous nitrogen levels by circumventing hills full of animal droppings among colonies of penguins and seals.

The effect of droppings is indirect; nitrogen, which evaporates and transforms into ammonia, is carried by the wind and gets mixed with soil to provide the nutrients needed by the primary producers. Thus begins the cycle that paves the way for survival in this geography. What is interesting is that these rich food webs were found even 1,000 meters from the colonies supplying the poop. The larger the colonies, the greater the diversity. Therefore, biodiversity is related to the number of nutrients provided by droppings, rather than how cold or dry the air is. 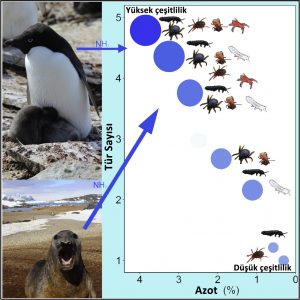 Upon analysing the collected samples, researchers found millions of invertebrates in each square meter of soil, which was quite surprising. This number is around 50,000-100,000 in meadows around Europe or America.

Stef Bokhorst from the Department of Ecological Sciences at the University of Vrije says that Antarctica is “an ideal natural laboratory”. This is because of the simplicity of existing food webs makes it easier to study the relationship between nutrients and biodiversity. These relationships are much more complex in other parts of the world, making it more difficult to study the ecosystems. In Antarctica, however, it is “a lot easier to find driving factors,” says Bockhorst.

This discovery underlines the connections that make up the continent’s ecosystem, as it witnesses the flow of nutrients between the ocean and the land.

Researchers map the biodiversity hot spots across Antarctica by monitoring the location of penguin and seal colonies. With the help of satellite images, it will be possible to observe the size and location of colonies, and therefore the progress of biodiversity over time. This way, the scientists will not have to conduct challenging fieldwork in the future.