Skip to content
Homepage AERONAUTICS A New Kind of Wing 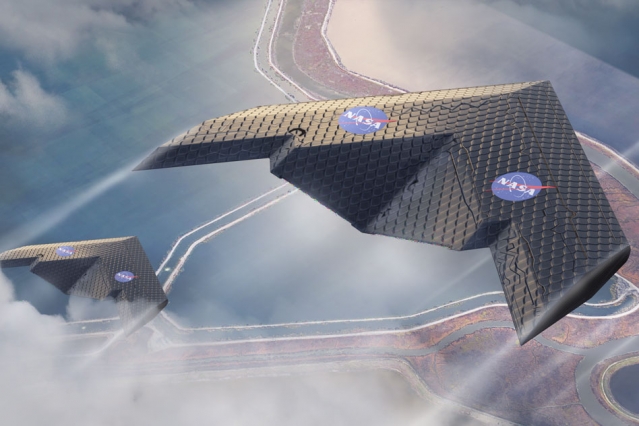 A New Kind of Wing

A group of engineers from MIT (Massachusetts Institute of Technology) produced and tested an entirely new type of aircraft wing, consisting of hundreds of tiny and identical parts. The new wing system, which can shapeshift in order to control aircraft’s movements while in the air, is thought to be an important innovation in aircraft manufacturing, flight, and maintenance.

The conventional system uses different moving surfaces such as wing flaps to adjust the angle and direction of the aircraft. But in the new system, the entire shape of the wing or some parts of it can be altered by means of a structure that has both rigid and flexible parts together. This system, consisting of thousands of small triangular rod-shaped pieces, exhibits a rubber-like polymer rigidity in bulk. However, it is in fact very light just like aerogel, as it is mostly air. By enabling the use of different optimal wing shape parameters for each of the different flight stages, such as take-off, landing, cruising, and maneuvering, it provides a much more efficient and effective air flow than conventional wings.

Furthermore, while it was possible to make all these changes that affect the entire structure of the wing by using motors and cables, the engineers went one step further and developed a system that can passively alter the shape correctly according to the aerodynamic pressure on it. This was accomplished by carefully designing the relative positions of small parts with different values ​​of flexibility or stiffness; and thus, all or parts of the wings can be bent in certain ways in response to certain types of stress.

The wing created and tested for the trial in NASA’s wind tunnel has the same size you would find on a single-seater plane, but they did show the validity of their design a few years ago with a smaller wing. With this new wing, MIT engineers have shown that not only can their ideas be scaled up to a size suitable for carrying people, but that the manufacturing time for each part can be shortened literally to seconds.

As the structure of the wing and the aircraft that can be produced with this system consists of thousands of small parts, it doesn’t have to be in the traditional “winged tube” structure. Research has shown that a combined body and wing structure is more efficient for many applications. With this new technique, such geometries can be easily constructed, tested, and modified.

The same system can later be applied for wind turbine blades, space stations, bridges, and other high-performance structures in addition to aircraft.