Skip to content
Homepage Biology Unknown Colours of the Deep 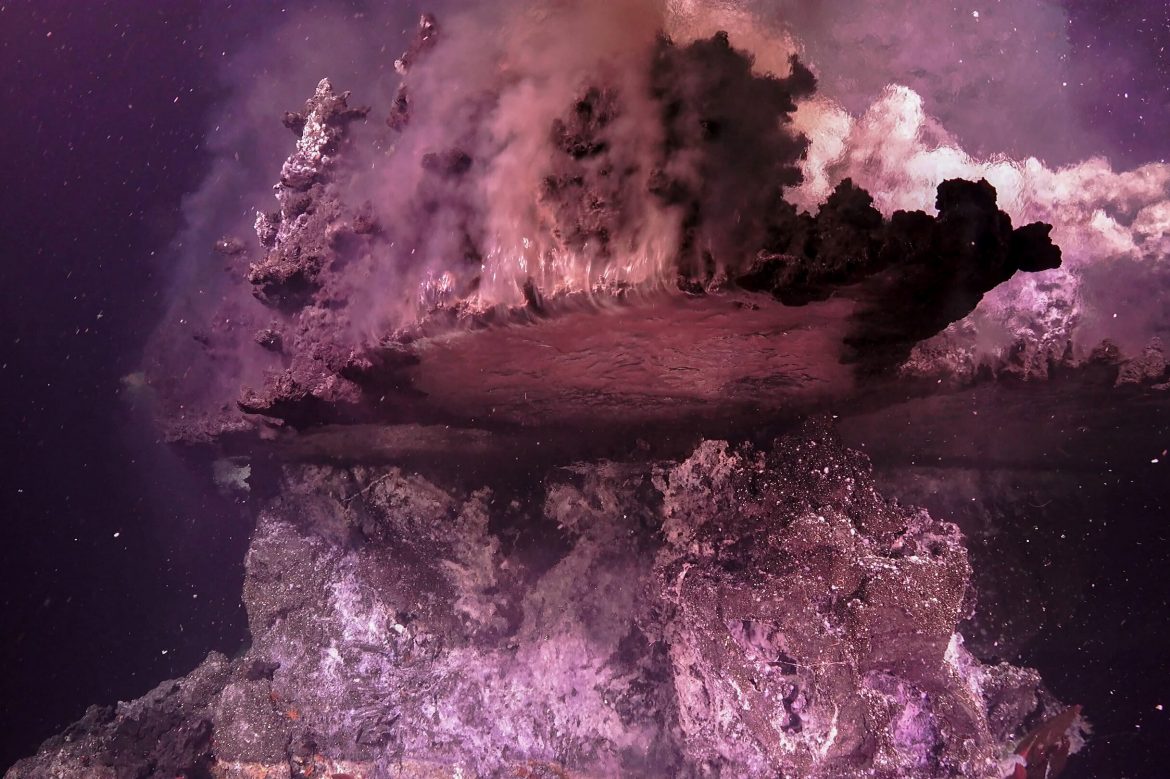 Unknown Colours of the Deep

We still know so little about the oceans covering three-quarters of the world that new scientific facts are discovered in every visit to the seabed where no sunlight reaches, under tremendous pressure. The conditions are so different from the life forms that we know and are familiar with, one may encounter landscapes reminding spiritual experiences, as well as scientific findings.

Scientists aboard the Schmidt Ocean Institute’s research vessel, Falkor, discovered incredible formations on the ocean floor about two kilometres (2,000 m) below the Gulf of California in North America. Fluids erupting from volcanic hydrothermal flues, with a temperature of 350oC, apparently contain sulphur compounds that solidify and form horizontal protrusions upon contact with cold seawater. These deposits eventually transform into towers with lengths reaching 20 metres, and widths reaching 10 meters. The high temperature hydrothermal fluid containing metals such as arsenic, mercury and selenium accumulates under the horizontal protrusions, resulting in mirror-like reflections, and hence quite interesting optical illusions.

The colour of hot fluid erupting from some of the vents is pink! “Metal is required for biochemistry, and metals are coloured,” says microbiologist Mandy Joye from the University of Georgia, adding that they had never seen pink before, and resembling what they saw to a tower made of cotton candy.

The colours are not only due to minerals, but biodiversity also plays a role. Joye’s team, while expecting to find some interesting micro-organisms during the expedition, state that they have encountered an amazingly rich habitat. The surface of the towers is entirely covered with various creatures. “Almost like a natural laboratory”. These creatures, living in waters containing toxic substances such as methane and hydrogen sulphide, besides metals, must have developed an extraordinary metabolism to survive in a very harsh chemical environment where there is no sunlight. Thanks to the collected samples, we will soon know more about the metabolism and genome of these organisms.