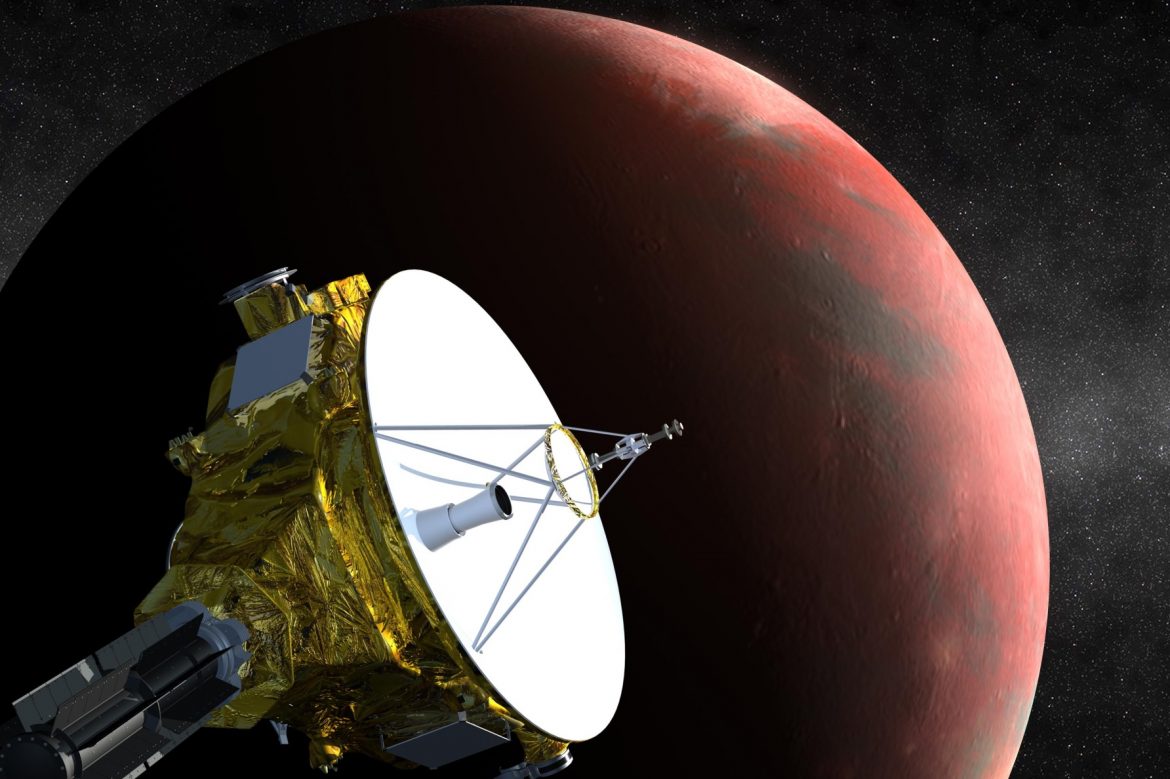 On the last stretch of a voyage which has already exceeded nine years and 5 billion kilometers, NASA’s New Horizons spacecraft approaching “dwarf planet” Pluto for a mid-July rendezvous, has beamed back images which prove the existence of surface features on this enigmatic celestial object. These can be viewed as dark and bright spots.

Launched on January 19, 2006, the spacecraft has imaged the dwarf planet in its crosshairs with LORRI (Long-Range Reconnaissance Instrument) from a distance of 113 million kilometers. This is shorter than the average Earth-Sun distance (150 million kilometers used in astronomy as a measure of distance called Astronomical unit, or AU). Even from such distance, dark and bright areas can be discerned readily on Pluto. Since a lighter patch coincides with one of the poles, NASA planetary scientists speculate that it could indicate the presence of a polar cap of ice.

Charon, the largest moon orbiting Pluto every 6.4 days, is also visible in the images. But short, one-tenths-of- a- second exposures bar any details on Charon while the four smaller moons, Nix, Hydra, Kerberos and Styx, are not visible at all.

New Horizons will buzz Pluto at a mere 12.500 km on July 14. “If the spacecraft had been above the Earth at that distance, it would be able to image individual houses”, NASA had said in an earlier press release.

Long known as the ninth planet of the solar system after its discovery in 1930, Pluto was demoted to “dwarf planet” status in 2006 with a controversial ruling of the International Astronomical Union.

Believed to have formed within a disk called the “Kuiper Belt” outside the orbit of Neptune, made up of ice and rock debris of varying masses dating to the formation of the solar system 4.6 billion years ago, Pluto orbits the sun in 247.68 years. With a diameter of 2306 km (two-thirds of the Moon’s) it is believed to be formed of layers of ice sitting atop a 1700-km rocky core. Its surface temperature is estimated to be between minus 230 and minus 240°C.