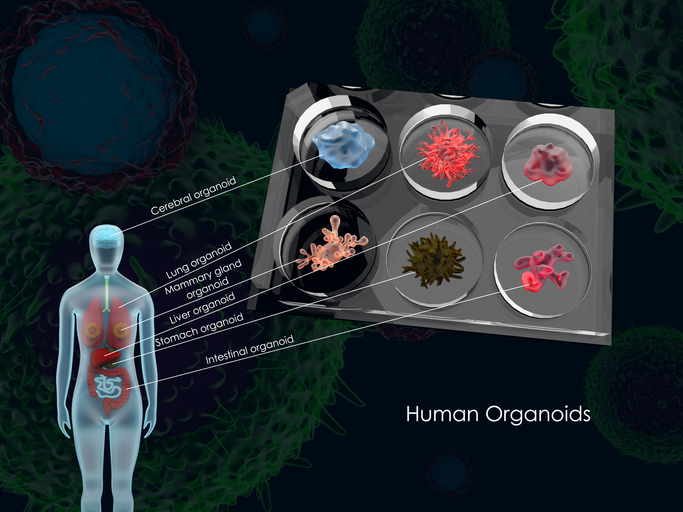 Organoids: The Future of Disease Modelling?

In the face of some diseases, the medical world feels desperate, as developing a treatment for that disease is extremely difficult. This is sometimes because the cells collected from the patients are unable to grow in a laboratory environment, and in other cases, tissue samples cannot be obtained from the organ, destroying the hope of understanding the actual cause and the possibility of trying potential treatment methods.

But with organoids, developed over the past 10 years, it is now possible to do some of the things that were once called “impracticable “.

Organoids have become one of the leading actors in the laboratories of many scientists, especially those who have dedicated themselves to treating genetic and rare diseases. These organ-like structures, or organoids, are obtained from tissues or stem cells in the laboratory. They can be defined as three-dimensional cell groups that act like organs, and they are used by researchers in modelling diseases because they keep their ability to grow.

There are about 20-25 genetic-based diseases that affect liver metabolism, which can be fatal or cause very serious permanent damage. When such a disease is seen in a new-born, it is not possible to work on the diseased organ –as there is no way of obtaining liver tissue from a baby. Furthermore, if the disease is a rare type, there is also limited knowledge about it since it is not encountered much.

Consequently, if we wish to develop drugs against such diseases or understand the metabolic basis of the liver disease, we need to have cells that we can work with in the lab. Although liver cells do a fantastic job by renewing themselves in the body, they lose this ability in a laboratory environment. If, however, the researchers can take a biopsy sample from the patients’ skin, turn these cells into stem cells and then differentiate them into liver organoids this would be a huge step. This in fact what the project team achieved: generating patient-specific liver organoids from stem cells, which can be grown in culture, and thus produced in large numbers to be used in experiments or drug screening tests

The team starts by taking a skin cell sample and transforming it into a pluripotent stem cell (iPS) using the Cellular Reprogramming Method. The disease they are studying is citrullinemia, which is caused by the accumulation of an amino acid called citrulline, as a result of inheriting defective genes from both the mother and the father. Normally, the excess proteins in our cells are first broken down and then excreted as urea and ammonia. This process takes place in the liver; excess proteins are degraded into amino acids, and those amino acids go through the urea cycle to transform into ammonia and urea. Several enzymes are responsible for these tasks. If any of these enzymes has a defect, this reflects itself as diseases affecting the urea cycle, where ammonia and urea accumulate in the patient’s body. The accumulation of ammonia particularly has a major effect on the nervous system; it may lead to fatality in infants and children.

The team used skin cells harvested from patients reached out by the metabolic diseases research group of Dokuz Eylül University Hospital and succeeded in transforming them into iPS cells. Since this stem cell type has the ability to differentiate into a diverse range of cells, the team first transformed them into hepatocytes or liver cells. However, they noticed that the hepatocytes they produced by using previous methods are unable to grow, and do not display all typical hepatocyte characteristics.

So, they decided to make a three-dimensional organoid. They first grew the iPS cells up to a certain stage, transforming them into hepatocyte progenitor cells, and then placed them in a medium where they can grow in three dimensions. The cells freely divided there, on their own, and formed a spherical structure. The team conducted additional tests on the cells, to prove that they carried the characteristics of liver cells; whether they secreted certain proteins such as albumin, typically secreted by the liver, or whether they were able to carry out some of the liver-specific-activities. Eventually, the team made sure that these were indeed hepatocytes. Moreover, they observed a cellular organization very much similar to a specific three-dimensional organizational structure in the liver tissue, plus certain structures that should normally be formed where the cells came into contact with one another.

In the next stage, these lab-made human liver cells were labeled with a green fluorescent protein and then transplanted intravenously to mice with a damaged liver. Cells seemed to adhere to the damaged areas of mice livers and started growing there. The reason for all these attempts, of course, is to perform the same procedures for humans in the future. These experiments are crucial in terms of testing how the skin cells harvested from a patient can be transformed into iPS cells, then grown as specialized hepatocytes, and then successfully transplanted back to the patient, as well as observing how the cells will grow there. On the other hand, it is also very important to correct the genetic mutation in that patient or to replace the missing protein.

In the experiments, the team saw that the enzyme ASS1 had no function in diseased cells, and they were able to place the enzyme back into the cell using viral vectors. Thus, they managed to insert a normal copy of this gene into organoids. This way, they were able to see that the ammonia levels decreased once the cells received a normal copy of their faulty genes causing the release of excess ammonia as the urea balance was impaired. There is another name for this: healing the cell with gene therapy!

They placed this treated organoid in the diseased liver in mice. The next goal is to observe the treated organoid doing its job in the liver it is transplanted into, ensuring successful completion of the urea cycle. What is planned in the future is to have this organoid adhere to the defected tissue, and display the expected chemical activity, thus completing the cycle in protein breakdown and reducing the ammonia levels? However, it is too early to perform this transplant procedure, as we do not know how much of the defected cells in a diseased liver need to be replaced by these organoids for proper functioning. 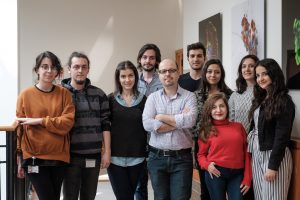 But, let’s say that we manage to find a molecule that is able to reduce the increased ammonia levels in this diseased organ and that this molecule can be used to fabricate a drug to be given directly to the patient…. Identifying this molecule among hundreds of thousands of molecules could only be possible by creating such a disease model. In other words, the study of Tamer Önder and his team will be able to open some doors for the pharmaceutical industry.

In other words, this means that once obtaining healthy liver cells from iPS cells is achieved, it may become a significant hope for the treatment of many other liver-related diseases.

With this study, the door has already been opened for future studies of researchers that will work on treating liver diseases.