Skip to content
Homepage Antropoloji Once Upon a Time, So Green... 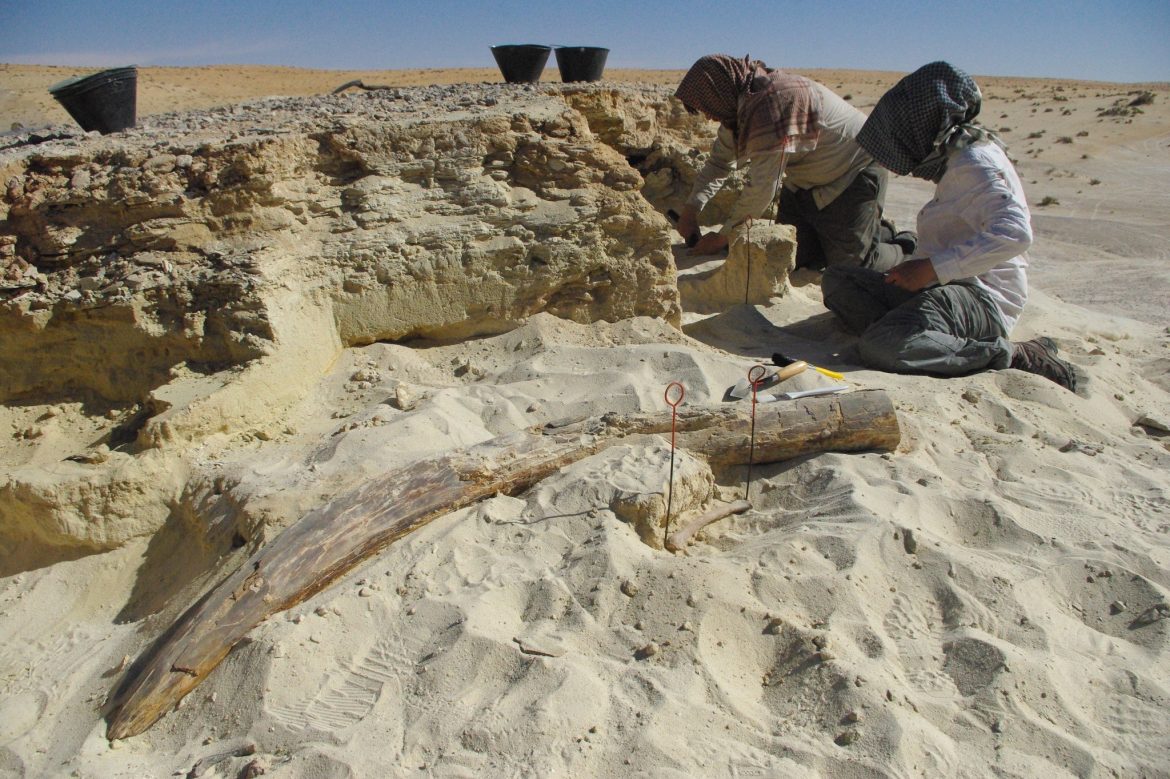 Once Upon a Time, So Green…

We are talking about the Arabian Peninsula. And the time it was so green dates back to about 300 thousand years ago from now.

Researchers studying antelope, jaguar, elephant and horse fossils found in Ti’s al Ghadah in Saudi Arabia date these remains to 300 to 500 thousand years ago. The researchers say the area had regular rain, was covered in lush savanna and had fertile soil. Arabian Peninsula, as it seems, was a centre of attraction with its natural life and wetlands, on the migration route of early humans, Hominins, who started out from Africa.

The findings indicate that early Hominins, early relatives of Homo sapiens, did not need a specific evolutionary adaptation before moving from the African Savanna into the Arabian Peninsula.

The early humans seem to have followed the savanna, the type of vegetation seen only partially in Eastern Africa today, but dominated the entirety of Africa hundreds of thousands of years ago.

Patrick Roberts and his team from Max Planck Institute studied the enamels in tooth fossils belonging to more than 20 animals found in the region, concluding that the animals consumed plants common in green areas.

The stone flakes and butchered animal bones uncovered in the region would be evidence that early hominins were present in the Arabian Peninsula at least 100,000 years earlier than previously thought. The findings also suggest early hominins did not need any special evolutionary adaptations before embarking on the Arabian Peninsula adventure, and they evolved before venturing out. “These hominins were encountering things in Arabia that were quite similar to what we think of in the East African savanna today” Dr Roberts explains, “They aren’t dispersing into a desert, we argue it’s just part of a range expansion.”

Dr Roberts’ words leave us at a cliffhanger. His research continues. We are witnessing yet another exciting twist on the evolutionary path of humans.