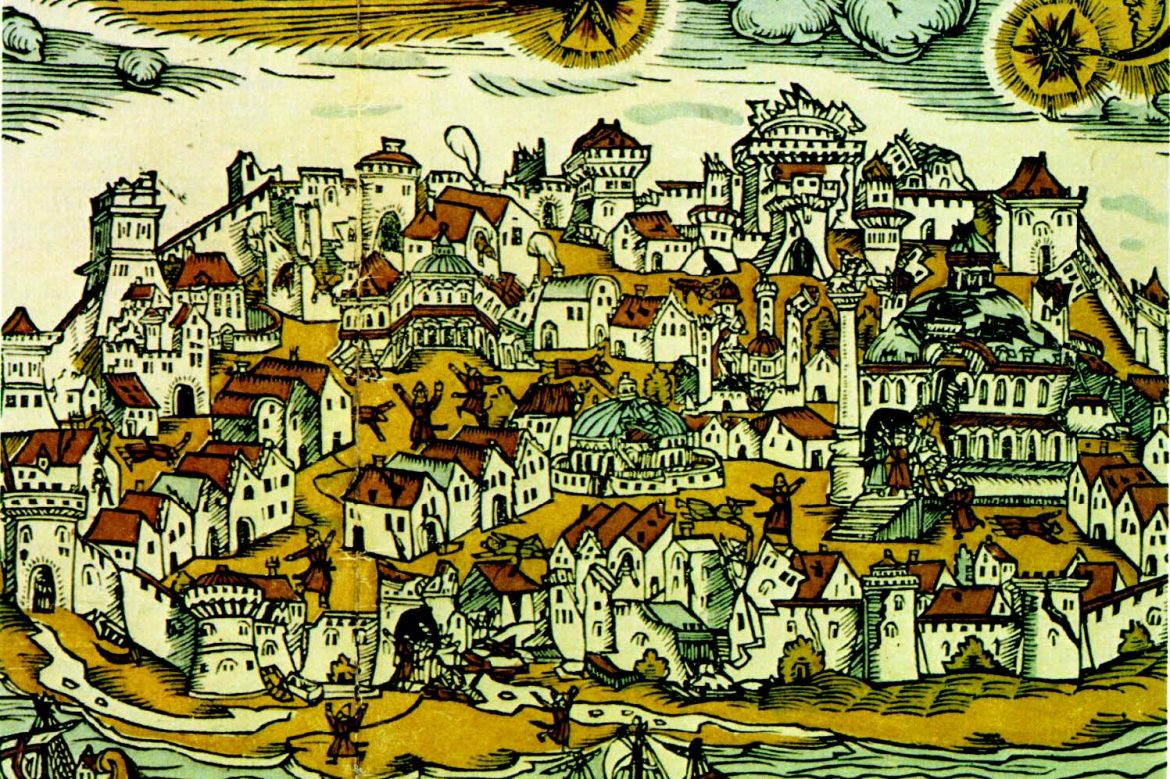 According to the newly-released findings of a study by an international team of geologists on the floor of the Sea of Marmara, the next major earthquake anticipated on the North Anatolian Fault (NAF) will take place on the fault’s Çınarcık arm.

Anatolian Peninsula is sitting atop a small tectonic plate which is pushed into the Aegean Sea 2 mm a year by the Arabian Plate moving northward and trying to subduct under the stable Eurasian Plate. The migration takes place westward along the 1200 kilometer long NAF, a strike-slip fault starting from the Karliova triple junction in Eastern Anatolia and extending to the Saros Bay in Northern Aegean. The sudden release of accumulating stresses as plates grind against each other deep under the surface have caused a series of earthquakes larger than magnitude 6, progressively moving towards west.  The latest of these temblors, which the geologists can trace as far back as 2000 years, have taken place at İzmit (magnitude 7.4) and Düzce (7.2) in 1999.

In the study published in the Bulletin of the Seismological Society of America(BSSA), researchers have analysed cores taken from layers of sediments on the seafloor. The cores, inspected by seismologists and marine geologists led by Laureen Drab, currently at the école Normale Superieure in Paris, also including researchers from the Universiity of Liege in Belgium, were of a special class called “turbitides”, taken at Çınarcık Basin and further north.

Quakes taking place on submarine faults cause major landslides which disrupt the sediments and form these turbitides, which are rapidly deposited layers of silt and sand of vastly different particle sizes.

Focusing on differences in ratios of radionucleotides (calcium/titanium) in the samples, scientists have identified signatures of six major earthquakes on the Çınarcık arm, taking place sometime in AD  5th century, 740, 989, a time in 14th century, 1509 and 1894. The heaviest disturbance on the seafloor was found to have been caused by the 1894 quake.

Drab and colleagues have also determined that quakes recur on a timescale of 243-396 years on this arm.

Pointing out that despite the complete rupture of three segments earlier on the NAF, the rupture of the Çınarcık segment was still incomplete; Drab says the next quake will most likely take place on this segment.