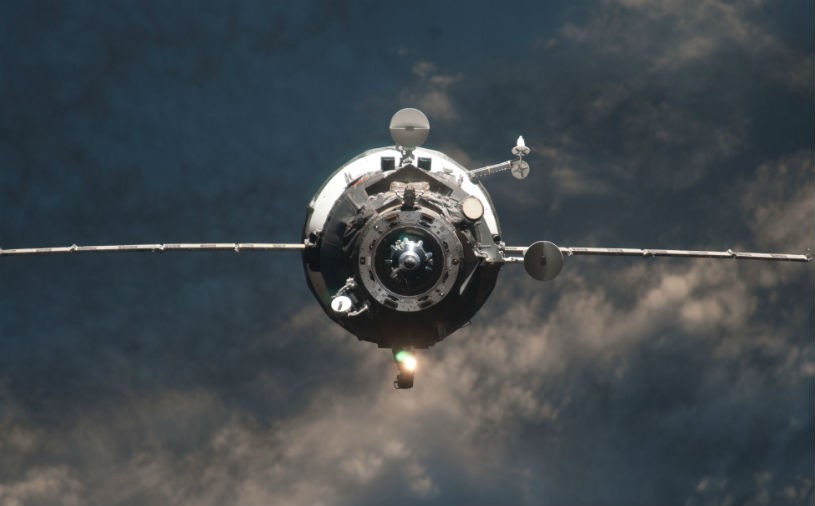 Researchers from NASA’s Johnson Space Center at Houston announced the experimental validation of the idea of “propellantless propulsion” for spacecraft, which was widely believed to be impossible so far. If confirmed by further tests and developed, the propellantless drive is expected to radically lighten the spacecraft and cut the travel time to Mars to weeks.

Spacecraft employ the thrusters in order to be able to execute critical maneuvers in the vacuum of space. In today’s technology, the chemical fuels used to power the thrusters account for about half of the mass of the spacecraft.

In the paper they presented on July 30 at the 50th Joint Propulsion Technologies Conference in Cleveland, Ohio, NASA researchers reported that in their experiment they obtained a thrust in the range of 30-50 micronewtons by boosting the energy of microwaves to 935 megahertz inside a closed radio frequency (RF) resonance cavity.

They said the test, carried out in August 2013; was “designed to investigate and demonstrate viability of using classical magnetoplasmadynamics to obtain a propulsive momentum transfer via the quantum vacuum virtual plasma.”

What actually done was measuring the thrust, obtained by bouncing microwave photons off the virtual particles continuously appearing and disappearing in the vacuum of space (here in the RF resonance cavity), by an extremely sensitive torsion pendulum.

A report on the experiment published in the Wired UK said  the Chinese, building on the “electromagnetic drive” (EMdrive) idea proposed by British researcher Roger Shawyer, had obtained a thrust of 720 micronewtons (72 grams), which reportedly was enough to power a small thruster.