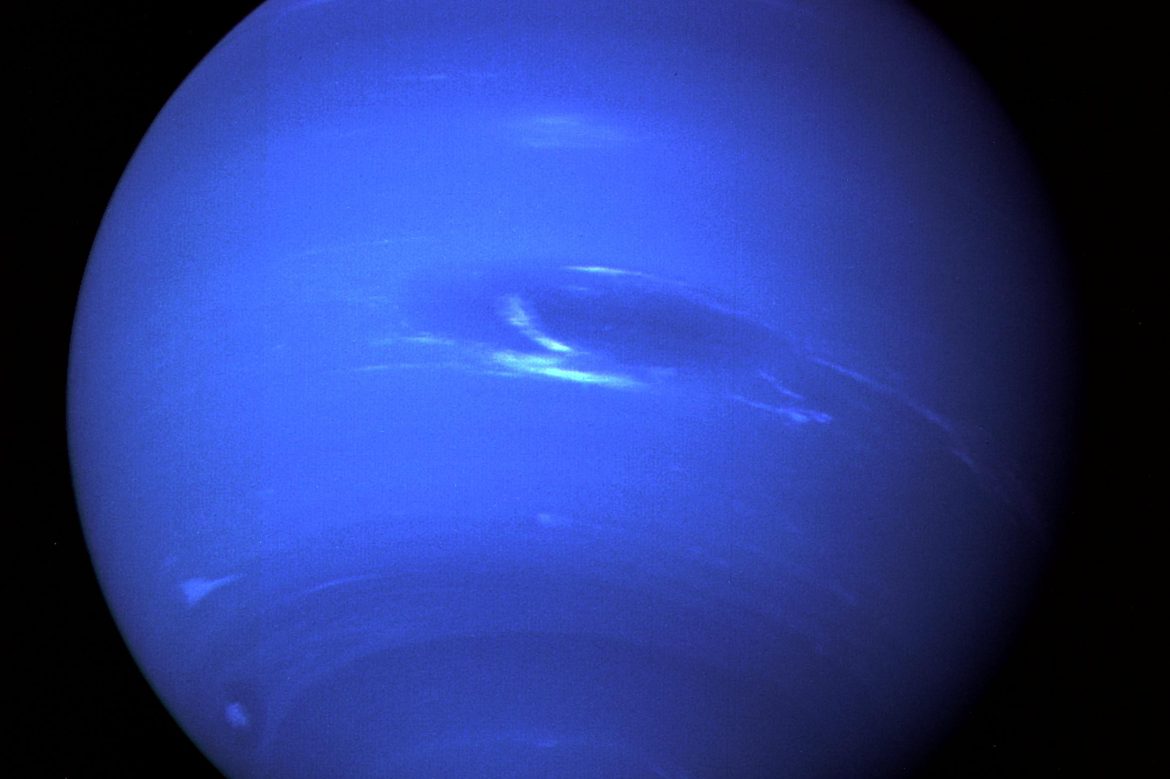 Neptune is the remotest planet of our Solar System, about 30 times further from the Sun than the Earth. Like all other planets orbiting the Sun, Neptune also has four distinct seasons. However, since Neptune completes one tour around the Sun in 165 Earth years, each of these seasons lasts for about 40 years. Since 2005, the southern hemisphere of Neptune has been living a long summer, with its axis tilted towards the Sun.

Astronomers measured the temperature on Neptune, using thermal cameras that operate by measuring infrared light emitted from astronomical objects. For their analysis, the team combined all available images of Neptune that had been collected by ground-based telescopes over the past two decades, investigating the infrared light emanating from the planet’s stratosphere.

The data showed that the majority of Neptune has slowly been cooling over the past two decades, although the southern summer has begun. Neptune’s global average temperatures had dropped by 8°C between 2003 and 2018.

Because Neptune’s temperature changes are so unexpected, astronomers do not currently know the cause for it. It could be the changes in Neptune’s stratospheric chemistry or random weather patterns, or even the solar cycle.

Neptune’s atmosphere consists mainly of hydrogen, with helium and methane accompanying it. Methane is what gives Neptune and its neighbour Uranus their blue colour. However, Neptune’s striking hues are more intense than those of Uranus, which likely points to the presence of another unidentified chemical lurking in Neptune’s atmosphere. Differences in the amounts of this mysterious compound or other elements may be responsible for these temperature changes.

Harsh meteorological movements can also affect temperatures. Neptune has the strongest winds in the Solar System, reaching up to speeds of 1,931 km/h. These winds could potentially affect temperature by pushing streams of frozen methane into the planet’s atmosphere.

Investigating the cause of these fluctuations requires further observations. While the James Webb Space Telescope by NASA/ESA/CSA provides unprecedented new maps of the chemistry and temperature of Neptune’s atmosphere, future ground-based telescopes such as ESO’s Extremely Large Telescope (ELT) can observe such temperature changes in greater detail.