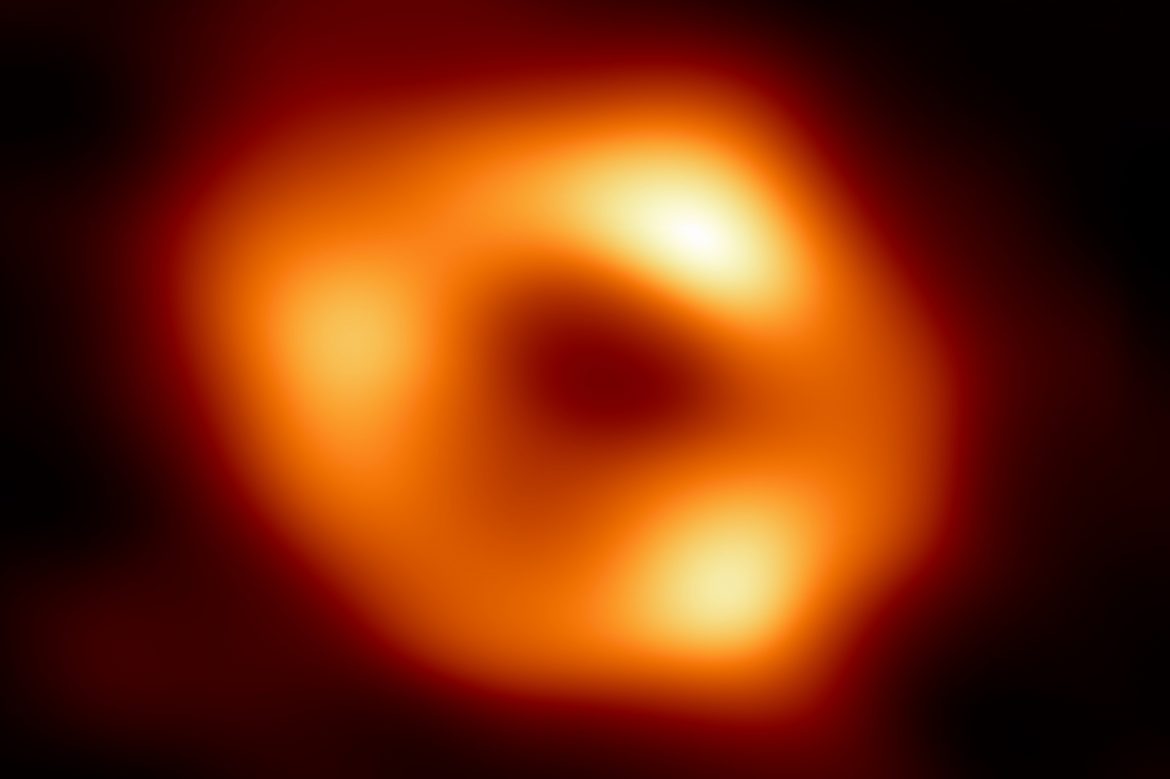 Researchers have published the photograph of the giant black hole at the centre of our galaxy.

The image provides a long-awaited look at the massive object at the very centre of our galaxy. Scientists have previously observed stars orbiting something invisible, compact, and massive at the centre of the Milky Way. The object known as Sagittarius A* (Sgr A*) was most likely a black hole, and the released image provided the first direct visual evidence.

A worldwide network of radio telescopes, known as the Event Horizon Telescope, worked together to create this highly anticipated image of the Milky Way’s giant. Three years ago, the same team published an image of the supermassive black hole at the centre of M87, a galaxy 55 million light-years away from us.

Located 27,000 light-years away, Sgr A* is the closest giant black hole to Earth. This proximity means that Sgr A* is the most studied supermassive black hole in the universe. Yet Sgr A* and others like it remain some of the most mysterious objects ever found.

This is because, like all black holes, Sgr A* is an object so dense that its gravitational force does not allow light to escape. For this reason, we cannot see the black hole itself (because it is completely dark). However, the glowing gas around it reveals a distinctive shape: a dark central region surrounded by a bright, ring-like structure. The new image shows light bent by the strong gravity of the black hole, which is four million times larger than our Sun.

In order to capture the movement of gases around Sgr A*, researchers had to develop novel sophisticated instruments. While M87 was an easier and more stable target where almost all images looked the same, this was not the case for Sgr A*, which kept moving the gases around it at high speeds. The published image of the black hole in Sgr A* was the average of many images that reveal the giant lurking at the centre of our galaxy, for the first time.

As a result, a better understanding of what is going on in the immediate vicinity of Sgr A* may help scientists learn how other supermassive black holes like this one work.