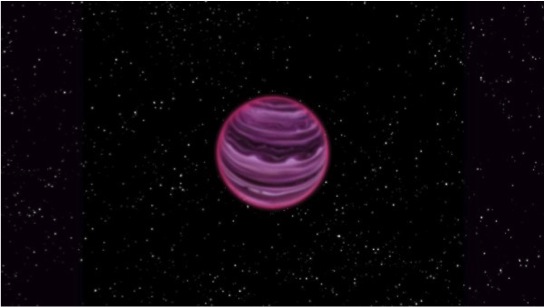 Astronomers have observed variable weather patterns including episodal rains of molten iron on a gas giant planet roaming freely in space unattached to a star about 75 lightyears from the Earth.

According to the findings of the observations made from the European Southern Observatory in Chile by a team led by Dr. Beth Biller of the University of Edinburgh’s School of Physics and Astronomy and published in the Astrophysical Journal Letters on October 30, the planet PSO J318.5-22 is Jupiter sized but weighs 8.3 times more.

A member of the Beta Pictoris Moving Group, a collection of stars moving in the same direction, the rogue planet is thought to have been accelerated by gravitational interactions within a solar system and catapulted into empty space.

Analysing the periodical variations in the light of the planet, dissected with precision in the absence of the dazzling glare of a star, the team determined that the atmosphere of the planet, which has an estimated age of 23 million years and a rotational period of 5 hours, was made of layers of  thick and thin clouds composed of dust and droplets of liquid iron.

With temperature inside the clouds measured to be 887° C, molten iron particles could occasionally precipitate onto the surface as rain, the researchers speculate.