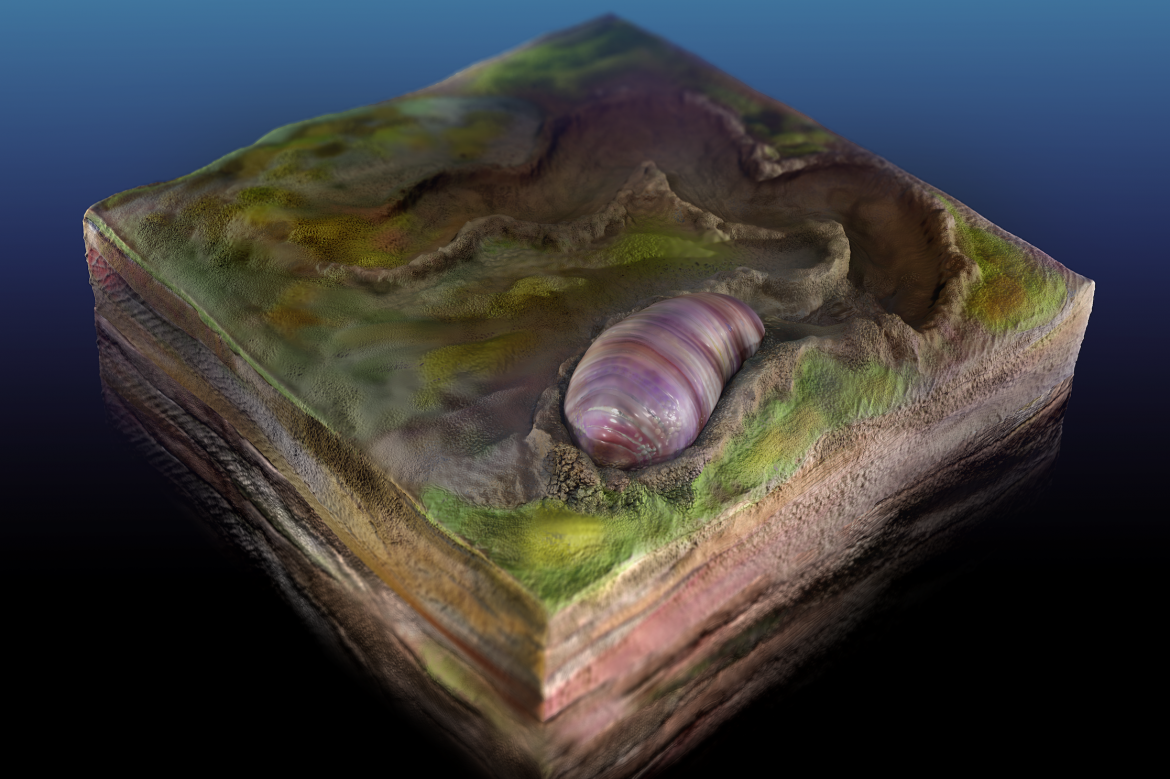 Australian fossils continue to shed light on the history of evolution. A creature dubbed Ikaria wariootia, which was discovered to have lived 555 million years ago, is thought to be the ancestor of many animals, including humans.

The most important thing about the Ikaria wariootia fossils is that they represent the oldest creature ever discovered to have bilateral symmetry, meaning a distinctive front and back, and symmetrical right and left side, along with a digestive system that usually combines the anterior and posterior parts. Bilateral symmetry is a critical milestone in the evolution of animals, as it allows them to move for a particular purpose and to effectively organize and regulate their bodies. Numerous creatures, from humans to insects, from earthworms to dinosaurs, have this same basic body structure.

Fossilized burrows, found 15 years ago in the Nilpena Region of South Australia, inside deposits belonging to the Ediacaran Period (635-541 million years ago), were thought to be made by a bilateral creature. However, to date, estimates on what these creatures might have looked like could not go beyond speculations. Recently, researchers from the University of California managed to examine the body structure of these organisms responsible for the fossilized burrows, by using three-dimensional laser scanners. This way, the creature with a body length of 2-7 mm, and a width of 1-2.5 mm, possessing a well-defined head and tail, a cylindrical body and faint grooves, rings was recorded as the first known bilateral life form.

This organism, despite looking quite simple with its worm-like body, is thought to be a rather complex organism compared to other fossils of the same period. Scientists estimate that Ikaria had rudimentary sensory skills in the pursuit of nutrients and oxygen, spent its life searching for organic matter among layers of fine sand on the shallow ocean floor, and was able to act like a worm. According to Dr. Scott Evans from the Smithsonian National Museum of Natural History, these findings represent “possibly the oldest bilaterian yet recognised in the fossil record. ​Because humans are bilaterians, we can say that this was a very early relative and possibly one of the first on the diverse bilaterian tree of life.”

Organisms belonging to the Ediacara fauna have an important place in the evolution of life on Earth. They are named after the Ediacara Hills in South Australia, where these first fossils were discovered in 1946. Their importance lies in the fact that they belong to the period right before the explosion of diverse life-forms at the beginning of the Cambrian Period (541 million years ago). These soft-textured organisms that needed atmospheric oxygen to grow, yet did not have skeletons or shells, show that the level of evolution during the Pre-Cambrian period was more advanced than previously thought. During the period after this, known as the Cambrian Explosion, life forms began diverging and the number of species rapidly increased.[/vc_column_text][/vc_column][/vc_row]