Skip to content
Homepage astronomy The Edges of the Milky Way 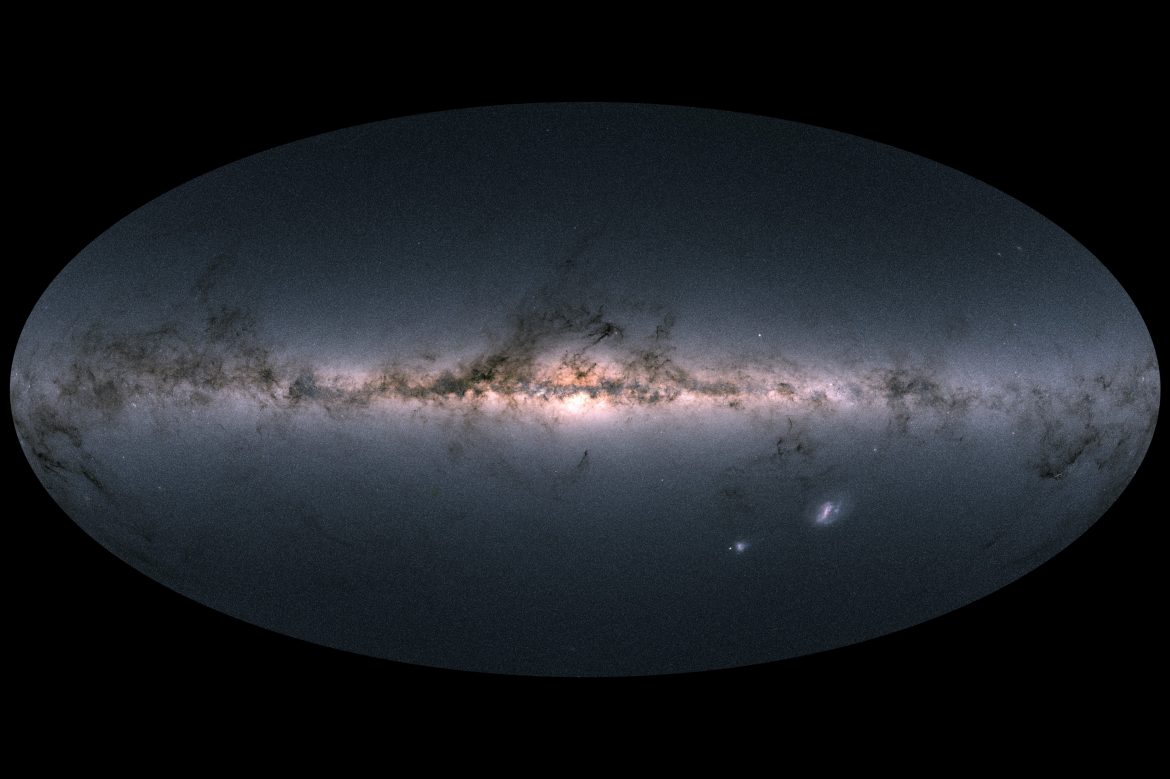 The Edges of the Milky Way

Astronomers have reached a new and more precise figure regarding the outer borders of the Milky Way.

When you are located inside something, and especially in the middle of it, it may be difficult to say exactly how big it is. For example, the Milky Way galaxy. We cannot take a photograph of it from the outside, so our best estimates are based on distance measurements to the objects on its outer edges.

Astronomers have long known that the brightest part of the Milky Way, the part which also hosts the Sun, is a flat-shaped star disc with a diameter of approximately 120,000 light-years. However, the effect and intensity of our galaxy’s gravity extends much wider than this disk, just as the Sun’s influence extends beyond the Kuiper Belt. Beyond this star disc, lies a gas disc. And a large halo of dark matter, possibly filled with invisible particles, covers both discs and extends beyond them. However, it is difficult to measure the diameter of this halo, since dark matter emits no light.

Alis Deason and his colleagues from Durham University in England used neighbouring galaxies to find the edge of the Milky Way. Their results show a diameter of 1.9 million light years (https://arxiv.org/abs/2002.09497), of course, with an error margin of 0.4 million light years.

To comprehend this dimension, consider a map where the distance between the Sun and the Earth is only 2.5 cm. If the heart of the Milky Way lied at the centre of the Earth, the edge of our galaxy would be four times farther away than where the Moon is in reality.

The research team conducted computer simulations on how giant galaxies such as the Milky Way were formed. In particular, they explored the situations in which two giant galaxies (like the Milky Way and our nearest giant neighbour, Andromeda) appear side by side, as the gravity of each galaxy affects the other. The simulations showed that the velocity of small nearby galaxies was sharply reduced beyond the edge of the dark matter halo of giant galaxies.

Using existing telescope observations, Deason and his colleagues found a similar decrease in the speed of small galaxies near the Milky Way. Scientists suggest that this occurred about 950,000 light years away from the Milky Way’s centre part, and that it marks the outer edge of our galaxy. This border is 35 times farther from the galactic centre than the Sun is.

The measurement also helps astronomers in interpreting other galactic features. For example, the larger the Milky Way, the more mass it would have – and the more galaxies it should have in its orbit. The Milky Way has about 60 known satellites, but astronomers suspect that more await to be discovered.