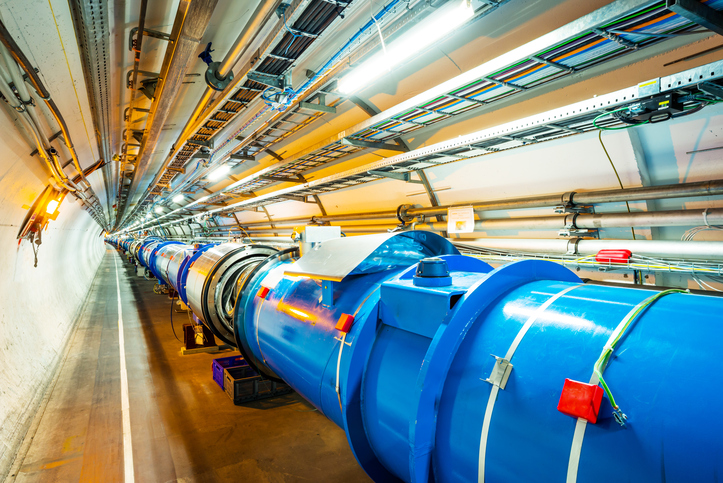 The Large Hadron Collider (LHC), located at the laboratory CERN in Geneva, accelerated its first atoms to almost the speed of light. Scientists began experiments with ionized lead atoms in LHC, which only experimented with protons and atom nuclei until now. Lead atoms normally have 82 electrons, but researchers managed to give these atoms an electric charge by stripping away all its electrons except one. This allowed them to accelerate the atoms.

Experiments at the LHC led to the discovery of the Higgs boson in 2012, and since then have given us a number of interesting new subatomic particles. After experimenting for over 10 years, scientists finally placed not just an atomic nucleus into the machine, but lead atoms with a single electron.

Scientists, very much satisfied by the result, stated that this experiment was indeed an initial trial for future research. These experiments will aid in using LHC as a gamma-ray factory one day. Gamma rays, a type of high-energy light, are now produced from beams of electrons, but the LHC might be able to produce gamma rays at greater intensities. And more powerful beams of gamma rays would be useful in searching for certain types of dark matter, producing beams of other particles, and experimenting on new types of matter.