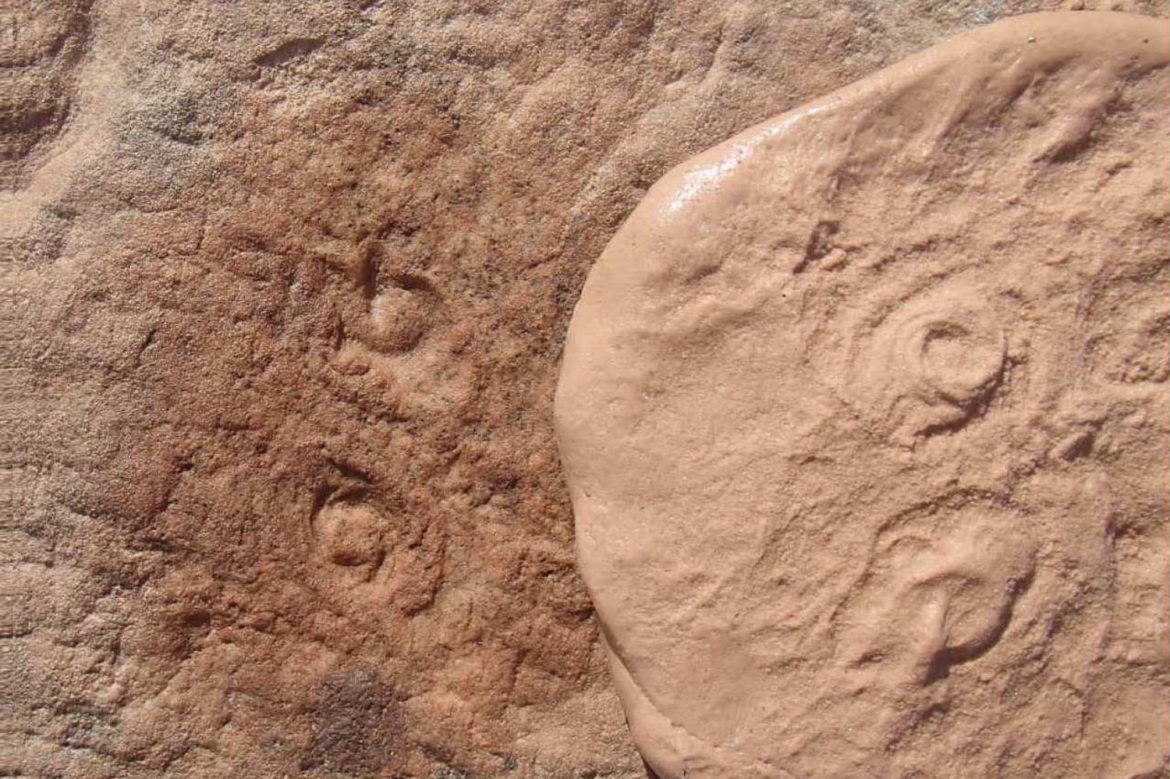 These two new species that lived in the shallow oceans between 580-540 million years ago, are also among the first complex animals on Earth. Our new fossilised friends, with a flat and leaf-like appearance are called Obamus coronatus and Attenborites janeae, both of which joined the members of Ediacara Biota.

The name of Obamus honours ex-President Barack Obama’s passion for science. This disc-shaped creature was between 0.5-2 cm across, with raised spiral grooves on its surface. It was not very mobile, primarily preferring to stick itself onto the ocean floor.

Attenborites, on the other hand, is named after the English naturalist and broadcaster Sir David Attenborough for his support of palaeontology. This slim and egg-shaped creature was less than a centimetre across, was adorned with internal grooves and ridges, resulting in a raisin-like appearance.

These soft bodied animals from the Precambrian were discovered in a very well-preserved fossil bed in South Australia’s Flinders Ranges region. The Ediacara Biota are not yet organized into families in the hierarchical taxonomic classification system. Very little is known about how they relate to modern animals. But these two new genera have a slightly different body plan than the previously discovered fossils.