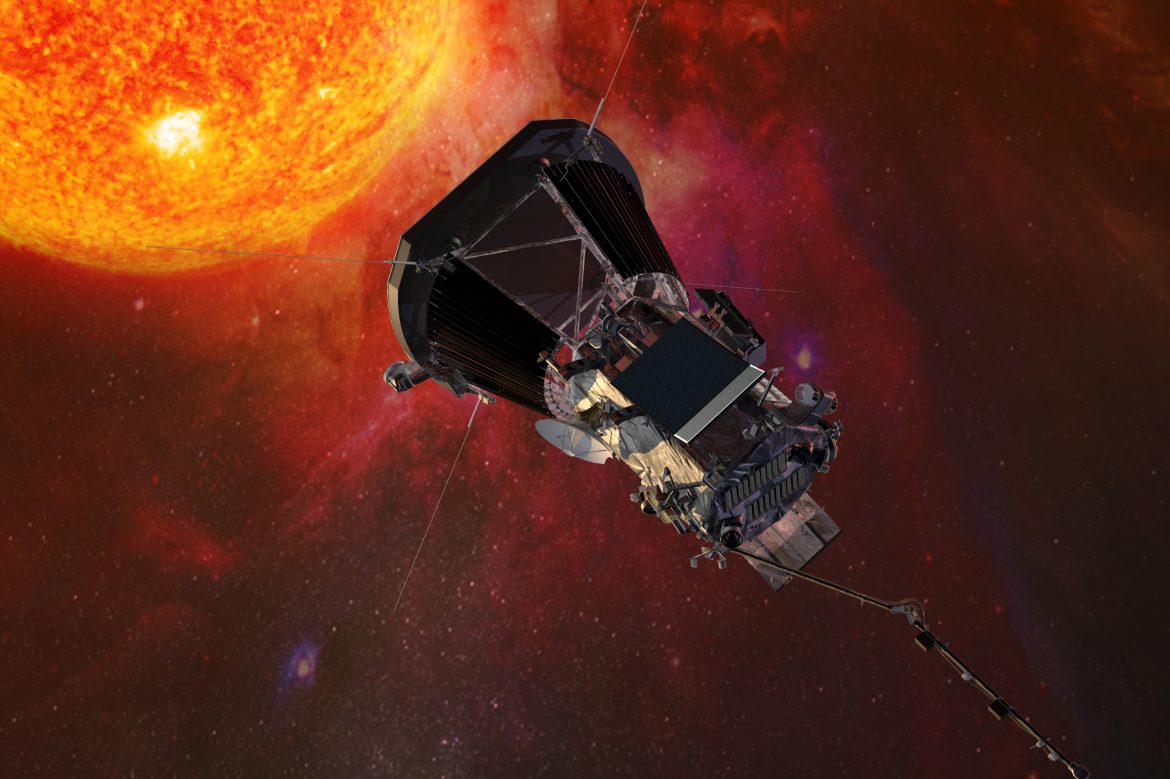 Touching the Sun for the First Time

NASA is literally going great lengths this time, with the Parker Solar Probe launched on August 12nd from Cape Canaveral Air Force Station in Florida. Gracefully on its course to the Sun, the car-size probe is scheduled to reach its destination in a few months.

However, the mission’s goal is to gradually approach the Sun by using seven gravity assists from Venus and make 24 solar orbits. Named in honour of astrophysicist Eugene Parker (who originally theorized about the existence of a solar wind in the mid-1950s), PSP will fly directly through the Sun’s corona, as close as 6.1 million kilometres from its surface -closer than any spacecraft before it. This closest approach will happen in 2024. The spacecraft will travel around the Sun at amazing speeds, up to 195 kilometres per second. This velocity will make PSP the fastest human-made object in space.

PSP will study our star’s mysterious atmosphere, solar winds, and other properties. Two questions have occupied the minds of scientists for decades: 1) how does energy and heat move through the solar corona?, and 2) what accelerates the solar wind and solar energetic particles? Now, with the help of cutting-edge thermal technology expected to protect the mission on this dangerous journey, the spacecraft’s instrument suites will not only study magnetic fields, plasma and energetic particles, but will also image the solar wind.

What does it take to touch a giant star?

PSP will need to survive a number of incredibly brutal challenges in order to pull off this unprecedented mission.

* PSP will ride atop a Delta 4 Heavy rocket, one of the most powerful operational launch vehicles on Earth. Delta 4 Heavy has three different rocket stages (one firing after the other runs out of fuel), but it’s not enough to fly the probe close to the sun.

* PSP will have to withstand sunlight 3,000 times more powerful than it is at Earth. Temperatures of the outer fringes of the Sun’s corona may reach 1,371 degrees Celsius – hot enough to liquefy steel.

* PSP will also have to survive solar winds of charged, high-energy particles that can mess with its electronics and render all its systems and instruments useless.

* Sun’s extreme heat is not the only matter of concern on this mission. If there is any dust orbiting the Sun in the opposite direction of the planets, a particle as tiny as a single sand grain may bore a coin-sized hole in PSP’s panels at speeds up to 400 kilometres per second.

“There are a whole bunch of questions about the Sun’s atmosphere and the solar wind — this million mile an hour ionized gas that flows out from the Sun in all directions in space all the time,” said David McComas, one of the Parker Solar Probe principal instrument investigators, “We don’t know how it’s accelerated up to those speeds. We don’t know how the energy from the Sun gets pumped into the lower corona to heat the corona and cause the solar wind.  Even though we’ve tried to figure these things out for all these years, until we get the local in situ data, it is just not possible to answer those really important questions.”

If everything goes as planned PSP is expected to last through 2025 and possibly beyond. The probe’s mission will end many years from now, until it runs out of propellant needed to keep its heat shield pointed at the sun. After that, 90 percent of the spacecraft will burn, except the heat shield itself that will then orbit the sun for millions of years.