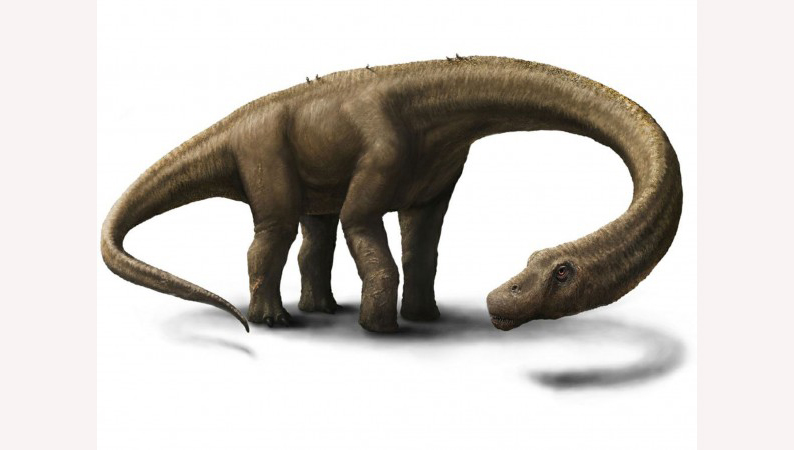 The largest animal that lived on Earth was a 28-meter plant-eating dynosaur which once roamed the present-day Patagonia in Argentina, the paleontologists who excavated the fossils announced.

The animal, falling into the group of giant saouropods called titanosaurs which dominated the continents of the Southern Hemisphere starting 90 miliion years ago, was named Dreadnoughtus schrani, – combining the old English word meaning “knows no fear” and the name of the American financier Alan Schran who supported the digs.

Kenneth Lacovara of Drexel University who supervised the excavations lasting from 2005 to 2009, says the 65-ton animal, whose wight equals that of a herd of elephants or seven T. rex, had not grown to full size when it died.

Although the head was missing, the skeleton was most complete of specimens from this  category of dynosaurs,  with 70 percent of bones recovered, promising valuable insights into the anatomy and biomechanics of supergiant sauropods.